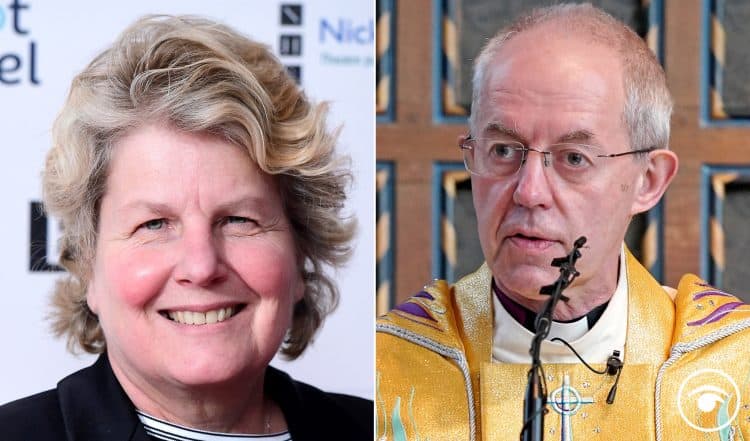 Sandi Toksvig has said the lives of LGBTQ+ people are “at stake” after the Archbishop of Canterbury reaffirmed a 1998 Anglican declaration rejecting same-sex marriage.

In an open letter published on Twitter on Wednesday night, the Danish-British author and comedian, who is gay, said Justin Welby “made a horrible mistake” when he confirmed on Tuesday that the “validity” of Resolution 1.10 from the 1998 Lambeth Conference is “not in doubt”.

The resolution states that marriage is “between a man and a woman”, and that same-sex relationships are “incompatible with scripture”.

Ms Toksvig said Mr Welby has made a “mistake”, and offered to talk to him over coffee.

She wrote: “So, you and your other religious pals got together at the Lambeth Conference and the main takeaway seems to be that gay sex is a sin. It was a sin in 1998 and you just wanted to make clear in 2022 that no-one in your finely frocked gang has moved on from that.

“Seriously, with the state the world is in, that is what you wanted to focus on? You didn’t have other more pressing matters like, I don’t know, war or poverty?”

The host of TV panel show QI and former Great British Bake-Off presenter, who refers to herself as a humanist, added: “This is a serious matter. The lives of LGBTQ+ people are at stake here.

“I have had several credible death threats over the years, sometimes requiring the very kind assistance of the police hate crime squad.

“Each and every one of those threats has come from an evangelical Christian. Inevitably they have wanted to kill me on God’s behalf.”

She said: “There are seven texts in the Bible which are often pointed to as proof that God hates a homosexual, but everyone who has ever studied the matter knows that the ‘proof’ lies only in extremely fallible interpretation. None of it is clear cut.”

She added: “Jesus doesn’t mention sexuality at all. It clearly wasn’t a big deal for him.”

The Lambeth Conference is a meeting of Anglican bishops which is convened by the Archbishop of Canterbury once every 10 years. It is taking place at the University of Kent, Canterbury Cathedral and Lambeth Palace between July 26 and August 8.

In a letter to Anglican bishops written on Tuesday, Mr Welby said: “I write therefore to affirm that the validity of the resolution passed at the Lambeth Conference 1998, 1.10, is not in doubt and that whole resolution is still in existence.

“The Call states that many Provinces — and I think we need to acknowledge it is the majority — continue to affirm that same-gender marriage is not permissible.

“The Call also states that other Provinces have blessed and welcomed same sex union/marriage, after careful theological reflection and a process of reception.”

Speaking at the conference on Tuesday, the Archbishop added that he could not and would not punish churches for conducting gay marriages.

He said: “I neither have, nor do I seek, the authority to discipline or exclude a church of the Anglican Communion. I will not do so.”