"To those angry with me - Stay. Angry," Dr Shola Mos-Shogbamimu tweeted as trolls abused her on-line over her comments. 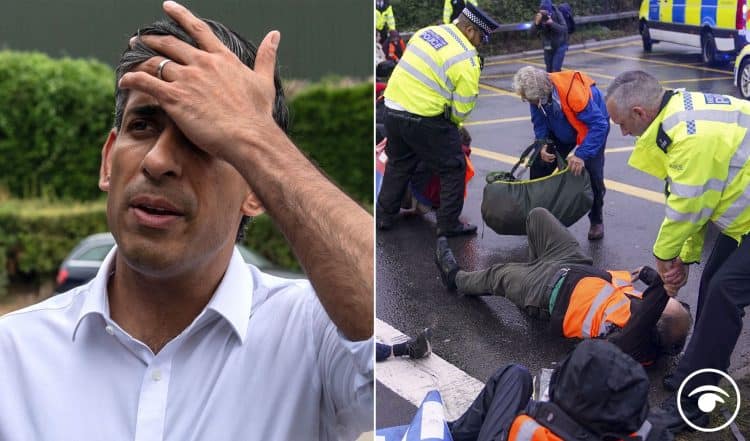 Rishi Sunak said he will double down on the failing Prevent strategy, by pivoting to targeting “Islamist extremism” and those who “vilify” the United Kingdom.

Sunak has announced he intends to change the definition of extremism if he becomes PM, to allow people with “an extreme hatred of Britain” to be put through the anti-terrorism Prevent programme.

Dr Maria Norris, assistant professor in international relations at Coventry University, told The National this was an attack on independence campaigners.

“That is very, very telling as those who are arguing for and campaigning for Scottish independence or Welsh independence or Irish reunification, they do want the United Kingdom to stop existing as it currently is,” she said.

“So is this going to be a form of extremism as well?”

In July Home Secretary Priti Patel called on police to use tough new powers which include imprisonment to stop fuel protesters bringing gridlock to motorways and major A-routes across the UK.

The new measures to tackle non-violent demonstrations that have a significant disruptive impact on the public came into effect on June 28 as part of changes to the law.

A Home Office source told the Daily Mail: “Through our Police, Crime, Sentencing and Courts Act, we have given the police a wealth of powers to deal with disruptive and damaging protests, including imprisonment and unlimited fines for those blocking a highway – actions which inflict further pain on those affected by rising prices.”

Dr Shola Mos-Shogbamimu made her feeling clear about the new policing powers, curtailing freedom and the right to protest.

Related: Sunak’s plan to refer people who ‘vilify’ Britain to Prevent has been lampooned