The Tory said: “What I want to do is to let the world know just exactly why Scotland is suffering so much under this incompetent regime at Holyrood." 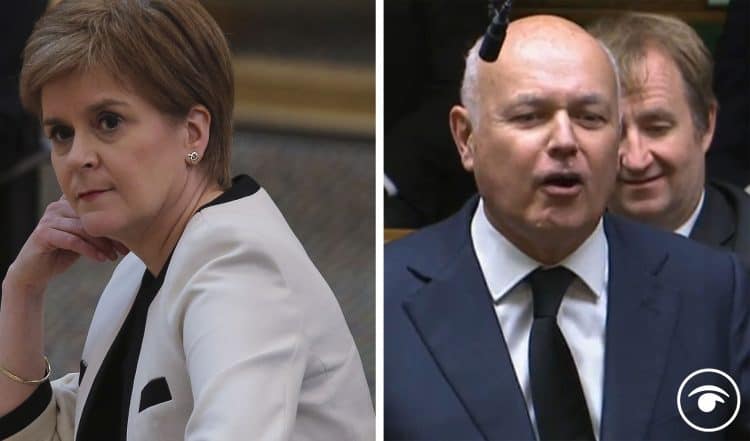 A former Conservative leader’s call for time to be set aside at Westminster for the SNP to be grilled on the Scottish Government’s record has been described as “utterly ridiculous”.

Sir Iain Duncan Smith – who led the Tories between 2001 and 2003 – told an event in Stirling there should be a specific question time session that would “turn the tables” on the SNP.

The former work and pensions secretary was speaking at an event in support of Tory leadership candidate Liz Truss.

According to the Times, he said that should Ms Truss become prime minister as polls suggest she will, he would ask her to grill “SNP MPs about what they deliver in Scotland, rather than them constantly asking us”.

He said: “We need to turn the tables on them and start saying, ‘Well, can we have a period of question time for you lot to talk about what you are doing in Scotland as the devolved administration?’.

“And start examining some of this stuff because they’re not just SNP protesters down in Parliament, they are actually part of the Government up here.”

But SNP deputy Westminster leader Kirsten Oswald said the idea is “utterly ridiculous” and shows “even the Tories are out of ideas for how to fix the broken Westminster system”.

She added: “It is not the SNP’s job to explain why Westminster control is increasingly making life more difficult for the people of Scotland – even if the Tories are out of excuses.

“The job of SNP MPs in Westminster is to stand up for Scotland against a UK Government choosing to ignore our interests at every turn.

“That is what they will continue to do for as long as we suffer under Westminster control, which I strongly believe won’t be for very much longer.”

Sir Iain also attempted to counter comments by Ms Truss that she would “ignore” Scottish First Minister Nicola Sturgeon – who she described as an “attention seeker”.

He said: “I don’t want to ignore her.

“What I want to do is to let the world know just exactly why Scotland is suffering so much under this incompetent regime at Holyrood.

“The truth is, it is a disaster – everything from health, the police, the railways, they can’t even build ships on time and on budget.”