The mayor said the Met needs to urgently show it has an effective plan for restoring the trust and confidence of Londoners in the police. 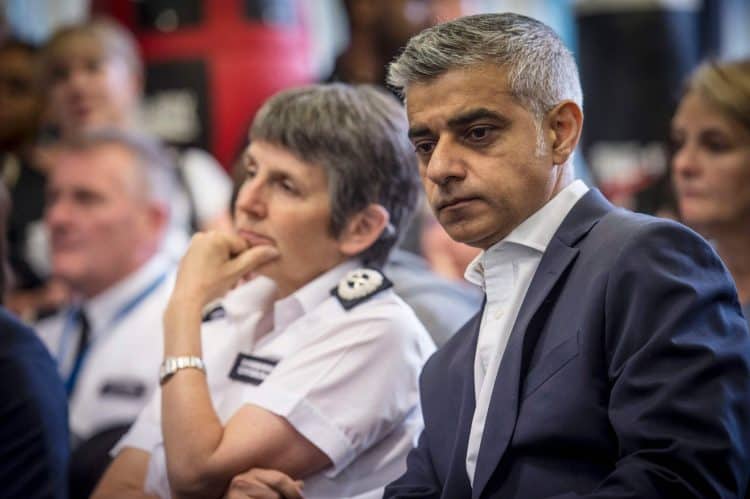 The London Mayor told the Metropolitan Police Commissioner that the messages revealed a “culture of racism, homophobia, bullying and misogyny” within the force which she must “drive out”.

A report by the Independent Office for Police Conduct (IOPC) revealed highly offensive language used on WhatsApp and in Facebook chats by officers from a now disbanded team based in Westminster, primarily at Charing Cross police station.

On Tuesday, the watchdog took the unusual step of publishing the messages in full, despite many of them being too offensive to print as part of mainstream news coverage, because it said it was important for the public to know.

On Wednesday, a spokesperson for Mr Khan said: “The mayor and the commissioner had a very frank discussion which lasted for well over 90 minutes.

“The mayor made clear to the commissioner how angry he is with a return to the bad days of the Met of his childhood in the 1970s and 80s, and that neither he nor Londoners will put up with this.

“He has put the commissioner on notice. He said the Met needs to urgently show it has an effective plan for restoring the trust and confidence of Londoners in the police and to drive out the culture of racism, homophobia, bullying and misogyny which clearly still exists within its ranks.”

A source close to Mr Khan also said: “If the commissioner is not able to do so, then the mayor will have to consider whether she is the right person to lead the change needed at the Met.”

The Home Secretary must approve appointments to the role of Police Commissioner, and has the power to dismiss them too, though the mayor would be consulted.

Home Secretary Priti Patel told the Commons Home Affairs Committee on Wednesday that the messages indicated a “failure of leadership” but added she was still “confident” in Dame Cressida.

Asked by committee chairwoman Dame Diana Johnson if she thinks police forces are “institutionally misogynistic”, Ms Patel said: “There are problems with the culture, and some aspects of the culture, within the Metropolitan Police.

“I do think there are some very, very serious and significant matters that need, not just following up, but further investigation.

“Shows a failure of leadership”

“I also think it shows a failure of leadership in some quarters.

“So you’ve asked me the question about institutional misogyny within policing. There are cultural issues there. What we saw in the IOPC report absolutely points to, I’m not even going to say just misogynistic behaviours, I think it’s cultural and attitudinal.”

The Home Secretary said she has confidence in Dame Cressida but “change is required”.

Ms Patel said: “I’ve always said that I’m confident in her and her work, but that also means that change is required.

Two inquiries are under way looking at the culture within the Met – one by Baroness Casey that was organised by the force itself, and a Home Office probe headed by Dame Elish Angiolini that is looking at the failures behind the rape and murder of Sarah Everard by a serving officer.

She told the BBC’s Today programme: “Officers talking and joking about raping or beating their wives, and using homophobic insults and awful racism – you cannot ever tolerate this kind of abuse, racism or misogyny, it must have no place in policing and be rooted out.”

She called for action not just from the police, but also from the Home Office, saying there must be an overhaul of training and faster vetting of officers.

The IOPC published the messages after a series of nine investigations into the behaviour of Metropolitan Police officers based in a now disbanded Westminster team between 2016 and 2018, sparked by a later disproven claim that an officer had sex with a drunk person at a police station.

Fourteen officers were investigated by the watchdog, of whom two were found to have a case to answer for gross misconduct.

One was sacked and another resigned before he would have been dismissed.

Nine remain serving officers, while another is working as a contractor in a staff role.

IOPC regional director for London Sal Naseem said that the two accused of gross misconduct were the worst perpetrators, but could not confirm whether those still serving were responsible for any of the offensive comments published.

He told ITV’s Good Morning Britain: “What I do know is that there were nine investigations here. The two officers who were sacked for gross misconduct were the worst perpetrators of some of these exchanges.”

In response to an urgent question about the report in the Commons, policing minister Kit Malthouse said the document “makes for extremely disturbing reading” and that he “cannot begin to describe my horror” at the revelations it contains.

He said he will look at a request by MP Dr Matthew Offord for a new offence to be created to make it illegal for anyone in a position of trust to try to have sexual contact with someone they have met through work.

The IOPC report included messages by an officer bragging about sleeping with a sex worker he had met while on duty.