They arrived and left with no fanfare, and politely declined to speak to press 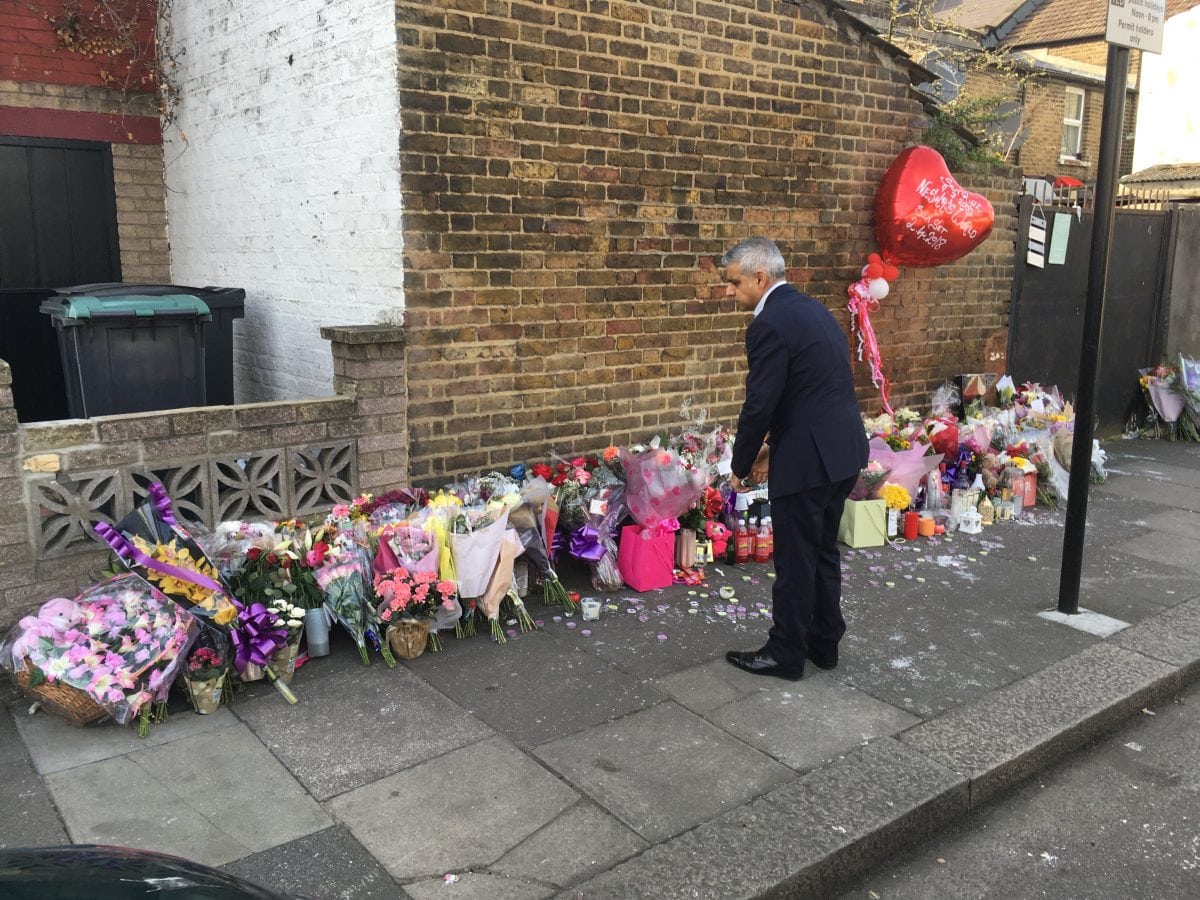 London Mayor Sadiq Khan visited the scene where murdered teenager Tanesha Melbourne was shot after it emerged police have arrested a 30-year-old man on suspicion of her murder.

The mayor arrived this afternoon with Tottenham MP David Lammy as devastated friends and family laid more fresh tributes to Tanesha, 17. They paid quiet tribute to the murdered teenager.

Dozens of flowers, candles and other tributes line the street where the much-loved youth worker was shot in Tottenham, north London, on Monday.

Mr Khan and Mr Lammy did not speak to media during the brief visit but spent about ten minutes reading the tributes and speaking with Tanesha’s friends and family. 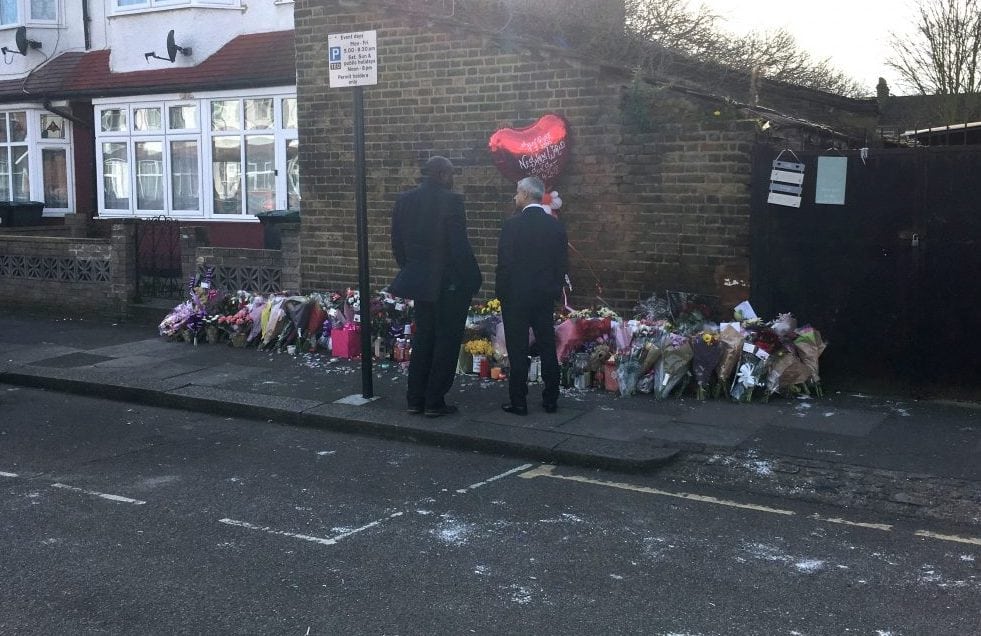 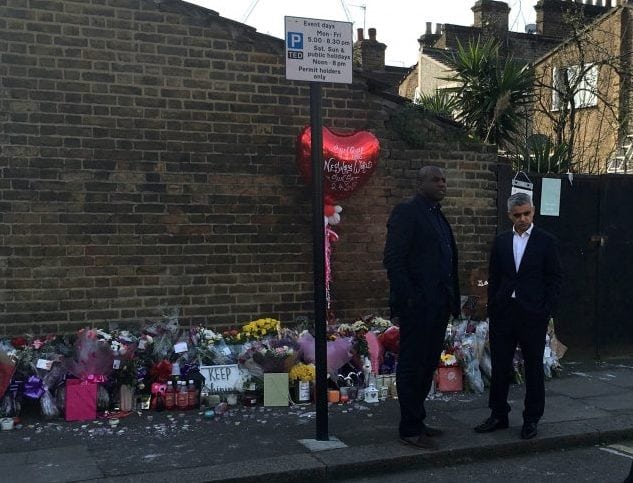 She is believed to have been caught up in the crossfire of gang violence.

A 16-year-old pal, who gave her name as Sade, said she met Tanesha at the youth club where she worked in the area.

She laid a teddy bear tribute at the scene this afternoon just two hours after Scotland Yard confirmed an arrest had been made.

Sade said: “She was a proper nice person, she helped people stay off the roads and she was so friendly.

“When I got told what happened I didn’t believe it.

“She’s not the type of girl to be like that, then I saw her photo and someone called my friend and said she was actually gone.

“I told my mum and for a couple of minutes I was okay then I just started crying.

“That day we came here and put some flowers down. It’s shocking and it’s upsetting.

“She liked everyone, she never had a problem with anyone.”

A 14-year-old pal who was placing a tribute with her friend said: “It’s upsetting but the tributes are unbelievable.

“We have been here every day since it happened, sitting down, sorting flowers.

“Every day the family have come here in the evening and brought a speaker, playing her favourite music, celebrating her life.

Amelia Decker, 53, said she knew Tanesha through living in the community and the teen would call her “auntie” when they saw each other.

Mum-of-three Amelia said: “She was so nice, very calm and very nice.

“She was well brought up and she was taken. Oh my god.

“It makes me feel devastated.

“I don’t know too many people actually because I came to this area a year ago but I would see her walking up and down. We would say hello.

“I wish they could find the killer. She’s a pure innocent child. Only 17 years old.

“What’s going on? Even we are not safe. I wish they could find the killer as soon as possible. He or she should be seriously dealt with.

“As a woman I felt it so much for her mother.”

Urahara Mitchell, 29, who stopped to look at the tributes as he walked to his grandma’s house nearby, was visibly moved by the scene.

He said: “To know it’s so close to home is alarming. It’s beyond alarming because it could have been somebody I do know or somebody I’m related to.”