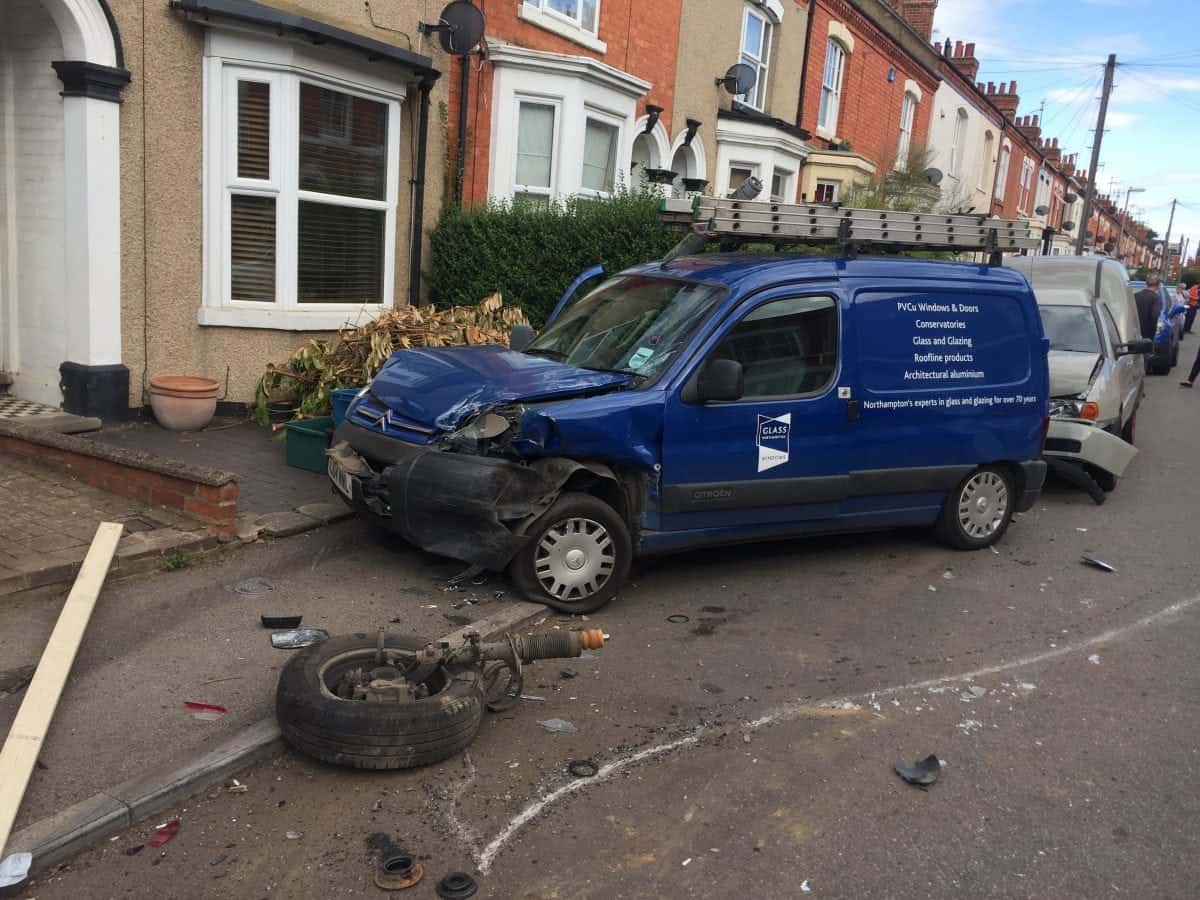 A drunk driver who left a trail of destruction when he ploughed into eight cars and caused more than £20,000 worth of damage has been jailed. 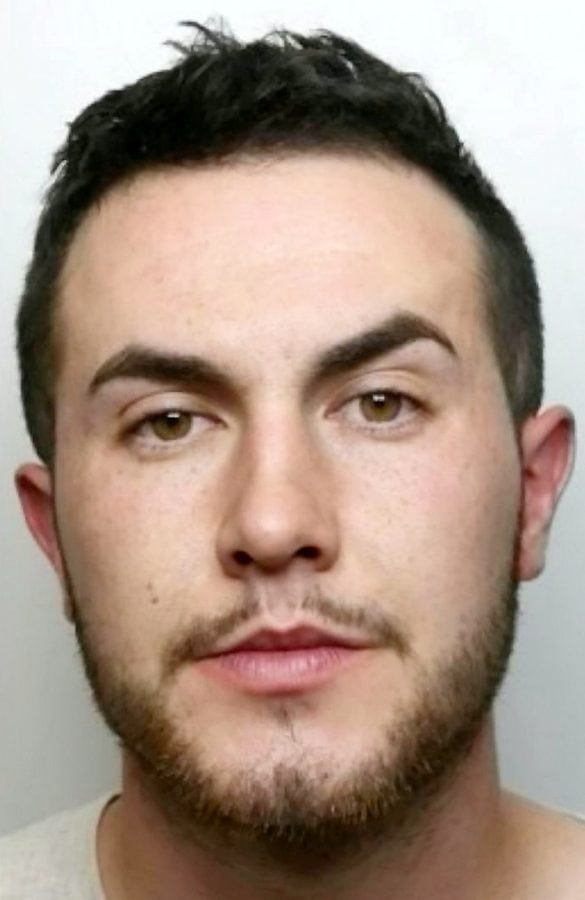 A court heard he carried on driving the Ford Focus van even after he lost one of the front wheels following a string of crashes.

His carnage left one motorist hospitalised with whiplash following a head-on collision.

When he was breathalysed by police he recorded 101 micrograms of alcohol in 100 millilitres of breath – almost three times the legal limit of 35mcg.

His van, which was a hired and did not belong to Rose, was seen careering down residential roads in Northampton at 4.30pm on August 31 last year.

The £9,000 van was written off following the rampage, which caused £22,000 of damage to cars in the Kingsley area of Northampton.

Rose, of Abington, Northants., admitted drink-driving, dangerous driving, driving a vehicle without consent, causing injury to a person and damage to a number of motor vehicles.

He was jailed for ten months at Northampton Crown Court on Friday (6/4) and banned from driving for two years.

Judge Michael Fowler said: “The van actually couldn’t be driven any further because you knocked the front wheel off it.

“Yet you continued to drive it. It shows how dangerous and determined you were.

“The general picture is awful.

“A Ford Transit pick up careering down the back streets of Northampton at 4.30pm, just rambling off one vehicle into another.

“I know those streets. They are very narrow. You can’t get two cars down them and these weren’t just glancing blows.

“It is a day in your life when you did something that cannot be ignored and will have a dramatic effect on your life.”

Speaking after the case, PC Richard Earl said: “Callum Rose drove through several Northampton streets that day leaving a trail of carnage behind him in the form of a number of damaged vehicles and an injured person whose car was written off.

“Driving above the drink-drive limit is never acceptable so I hope this sentence serves as a deterrent to others who may think of getting into a car when they’re over the limit and driving dangerously.”
By Ben Gelblum, Henry Clare and Alastair Ulke 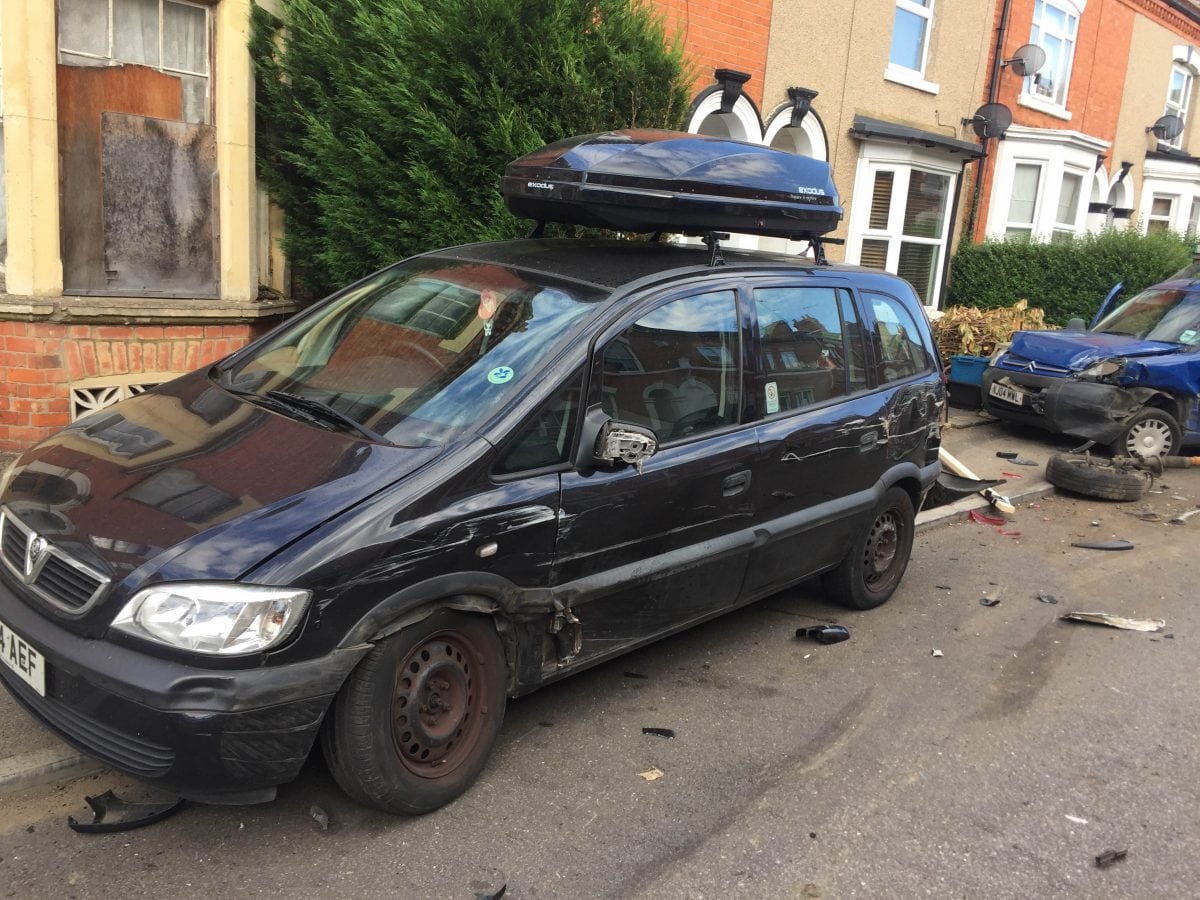 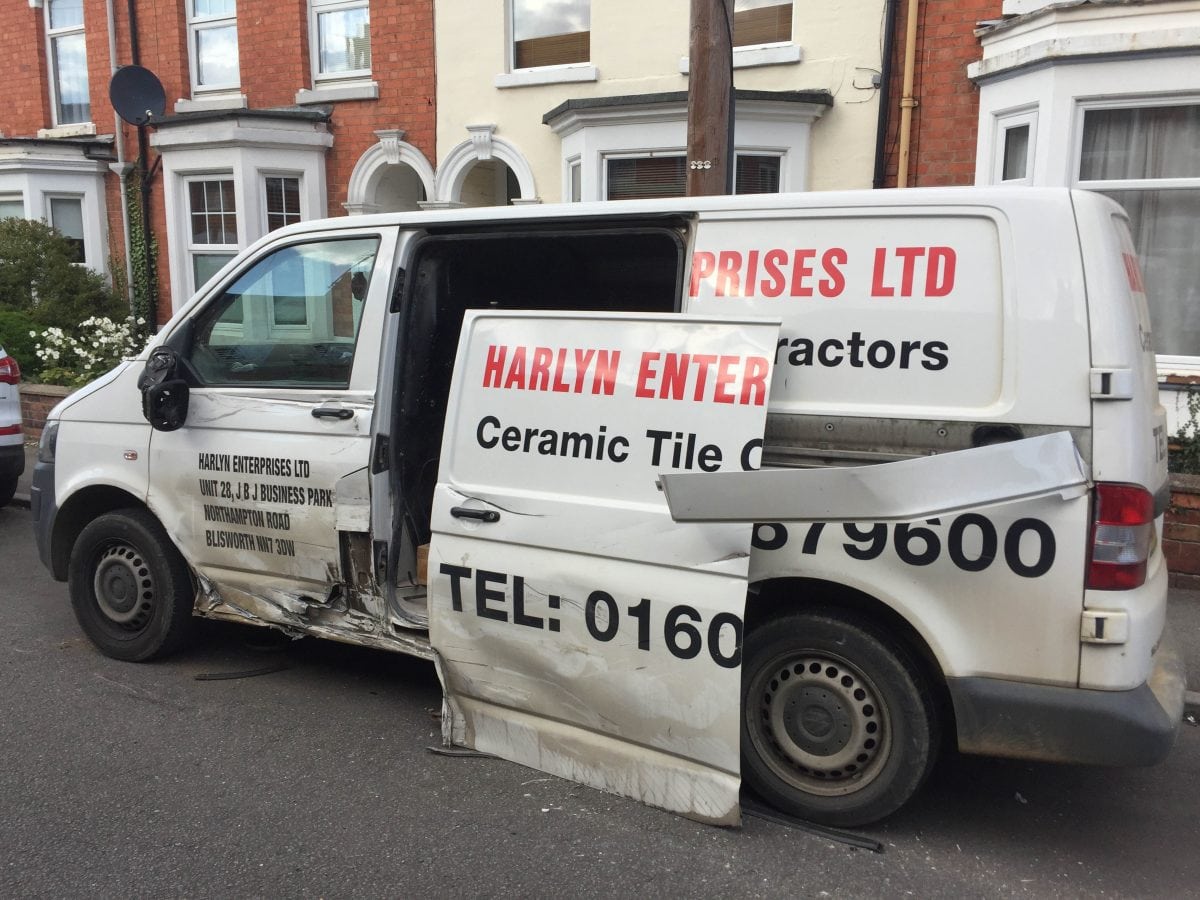 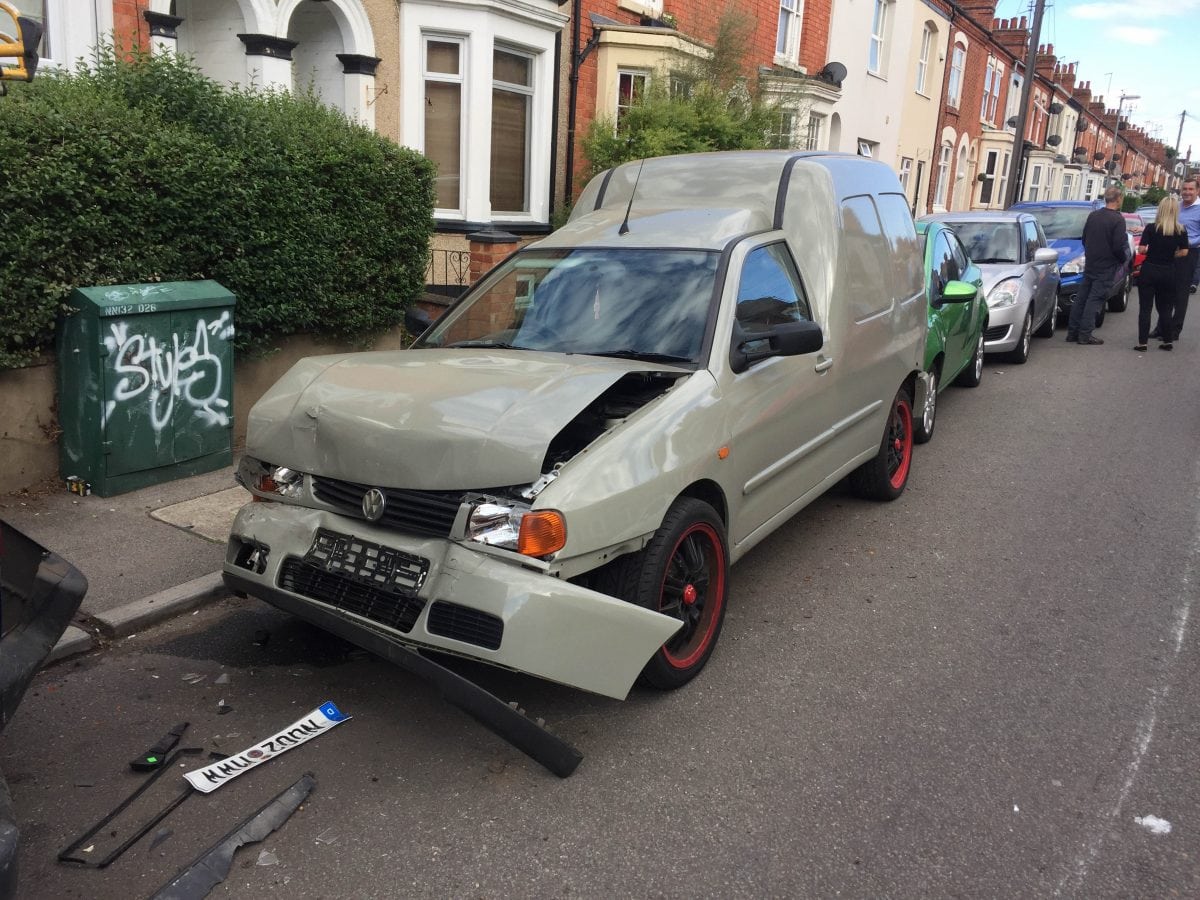 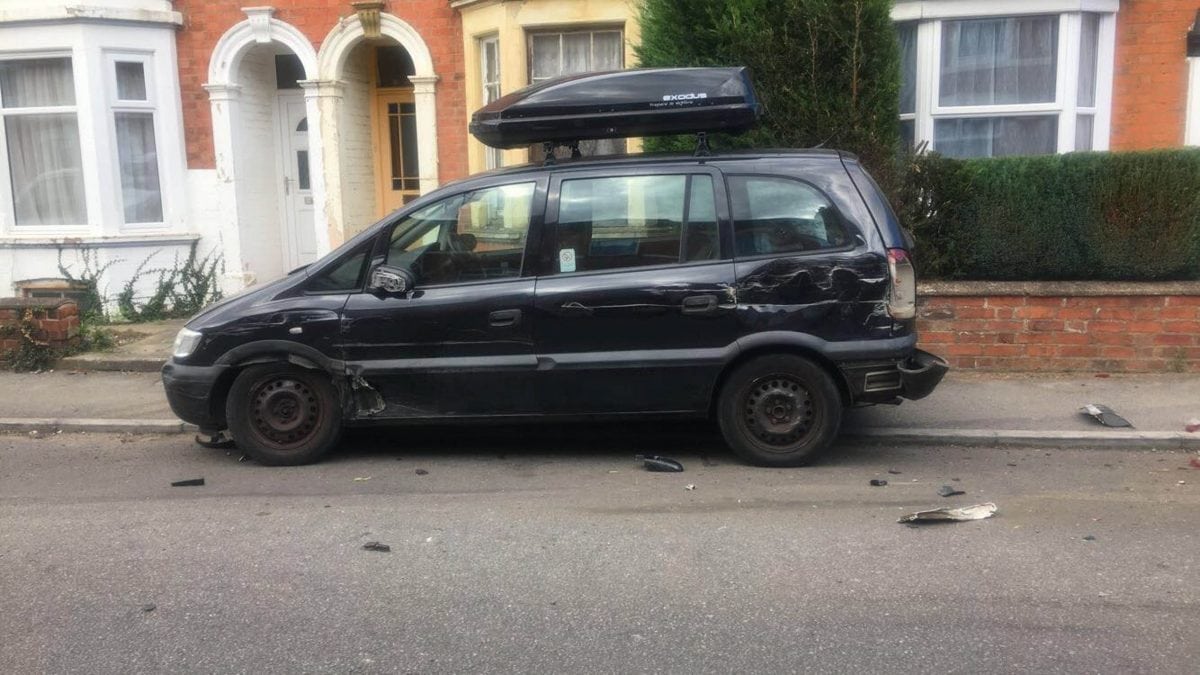 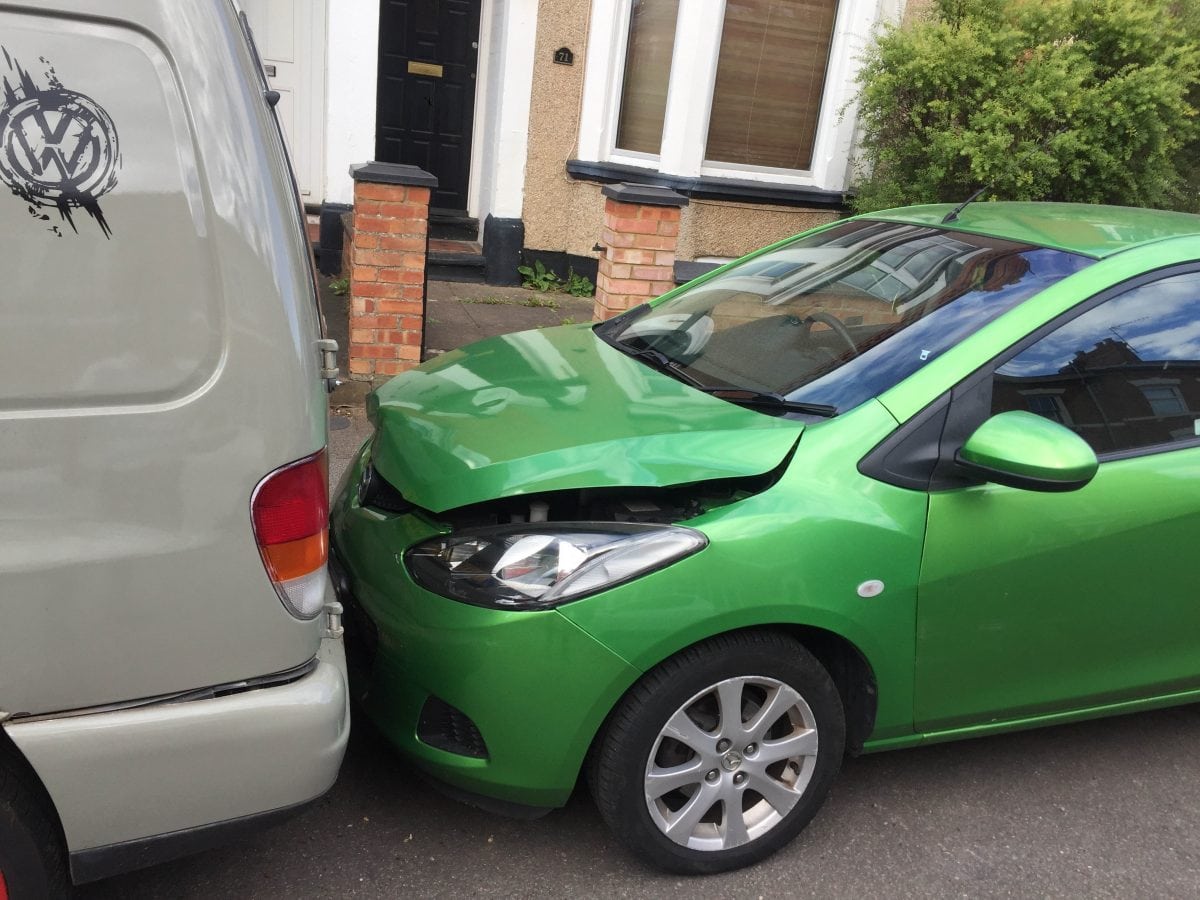 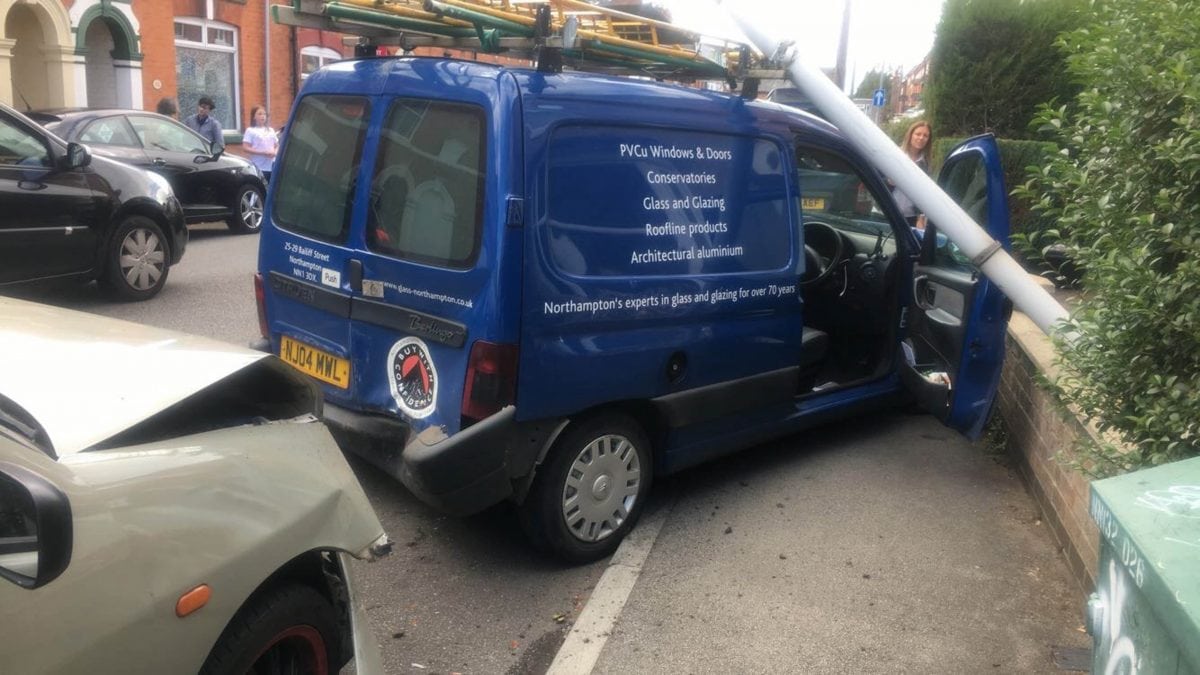