The Prime Minister, was uncharacteristically reticent at the press conference. 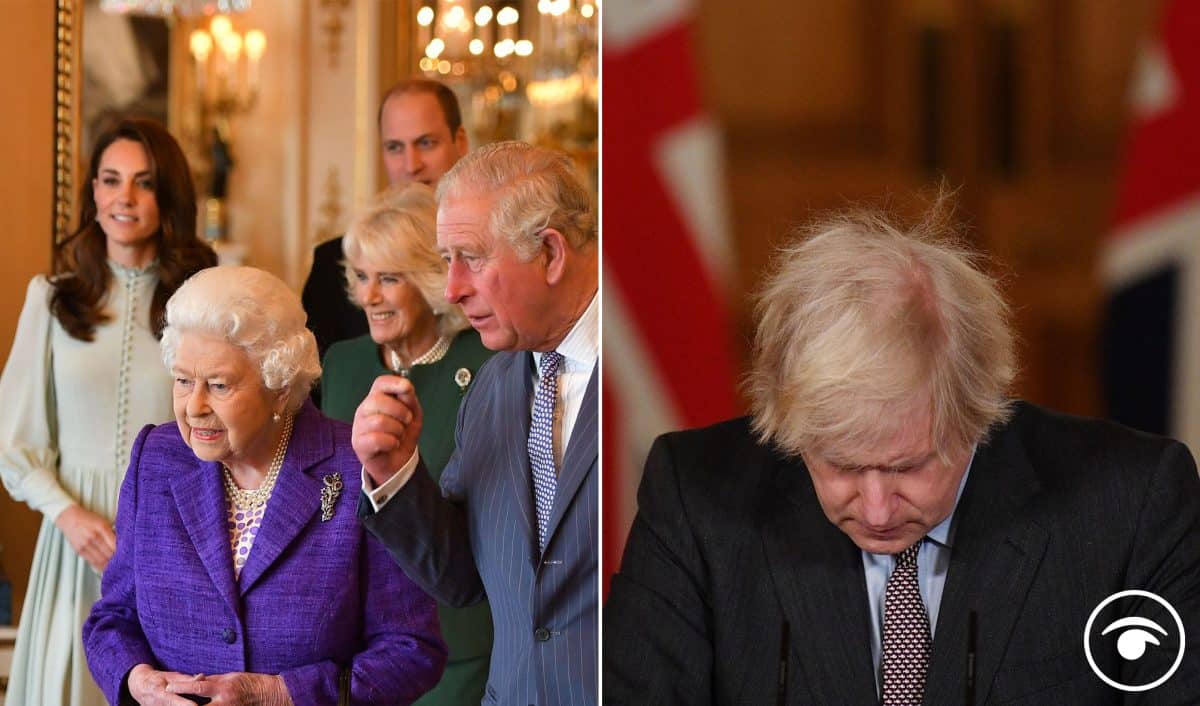 The Prime Minister, was uncharacteristically reticent at a Downing Street press conference when asked about the royal crisis.

He said: “I have always had the highest admiration for the Queen and the unifying role that she plays in our country and across the Commonwealth.”

But on “all other matters to do with the royal family, I have spent a long time now not commenting on royal family matters and I don’t intend to depart from that today”.

Pressed on whether he believed the royal family was racist, he again refused to comment.

“I really think that when it comes to matters to do with the royal family, the right thing for prime ministers to say is nothing – and nothing is the thing that I propose to say today about that particular matter.”

Earlier, children’s minister Vicky Ford told BBC Breakfast she had not seen the interview but added: “There’s no place for racism in our society and we all need to work together to stop it.”

“It is a reminder that too many people experience racism in 21st century Britain. We have to take that very, very seriously.”

Shadow education secretary Kate Green told Sky News: “If there are allegations of racism, I would expect them to be treated by the palace with the utmost seriousness and fully investigated.”

It is “not acceptable” for the Duke and Duchess of Sussex to claim sections of the UK press is bigoted, according to the Society of Editors.

The couple discussed their treatment by the media during their bombshell interview with Oprah Winfrey, which aired in the US on Sunday night.

The breakfast show CBS This Morning has since aired unseen footage from the interview, which went on for more than three hours, in which Winfrey asked if the couple left the UK because of racism.

Harry replied: “It was a large part of it.”

He recalled a conversation he had at a charity fundraiser in which he was told that the UK is “very bigoted”, and he said he replied: “The UK is not bigoted, the UK press is bigoted, specifically the tabloids.”

He added: “But unfortunately if the source of information is inherently corrupt or racist or biased then that filters out to the rest of society.”

The Society of Editors has blasted the claim, saying: “The UK media is not bigoted and will not be swayed from its vital role holding the rich and powerful to account following the attack on the press by the Duke and Duchess of Sussex.

Executive director Ian Murray added: “It is not acceptable for the Duke and Duchess to make such claims without providing any supporting evidence.

“If it is simply the case the Sussexes feel that the press by questioning their actions and commenting on their roles when working as royals funded by the taxpayer were being racist then they are mistaken.

“In the case of Meghan Markle and her engagement and marriage to Prince Harry there was universal supporting coverage in the UK media which reflected the warmth shown to the couple by the British people.

“But that warmth could not and should not mean the press should be expected to refuse to report, investigate and comment on the couple’s lifestyle and actions.

“It is a pity the couple did not mention in their interview the huge support the UK media has shown to the charitable works carried out by the Duke and Duchess.

“The UK press also played a large role in ensuring the prince’s service in Afghanistan went ahead, agreeing to an embargo on reporting his deployment to enable him to carry out his Army role in the Middle East.

“The UK media has a proud record of calling out racism and also being at the forefront of campaigns to support mental health awareness, another of the issues raised by the couple.”