Amid mounting public anger Allegra Stratton, who was the Prime Minister’s spokeswoman, resigned. 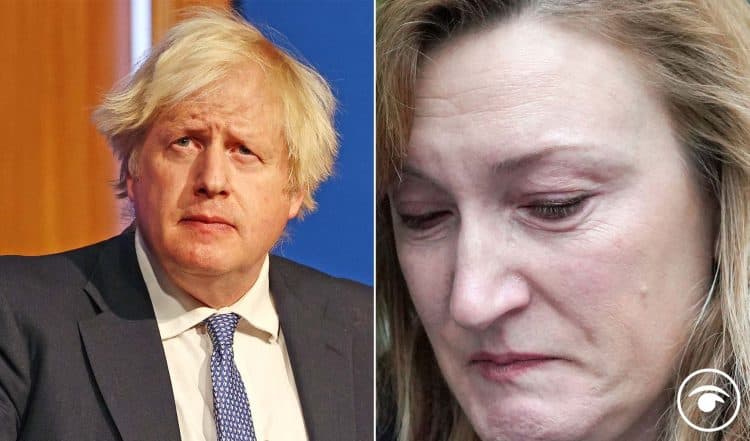 Police are not opening an investigation into allegations Downing Street staff broke coronavirus rules with a Christmas party last year, as Boris Johnson apologised and a senior aide was forced to quit over the scandal.

Scotland Yard said officers will not “commence an investigation at this time” in line with its “policy not to investigate retrospective breaches” of coronavirus rules despite reviewing the allegations and leaked footage showing senior No 10 staff joking about a party.

But the Metropolitan Police was open to considering any further evidence unearthed in an internal investigation the Prime Minister was forced to task Cabinet Secretary Simon Case with undertaking as he claimed to be “furious” about the video.

Amid mounting public anger Allegra Stratton, who was the Prime Minister’s spokeswoman, resigned as a Government adviser after video emerged of her and other aides “seeming to make light of lockdown measures” just days after the gathering in No 10.

A Met statement acknowledged it had received “a significant amount of correspondence” relating to the alleged breaches in the run up to Christmas last year but said they do not “provide evidence of a breach” of Covid rules.

“Based on the absence of evidence and in line with our policy not to investigate retrospective breaches of such regulations, the Met will not commence an investigation at this time,” it added.

“The Met has had discussions with the Cabinet Office in relation to the investigation by the Cabinet Secretary. If any evidence is found as a result of that investigation, it will be passed to the Met for further consideration.”