"You told us to boo them you odious, opportunistic slug", wrote one twitter user. 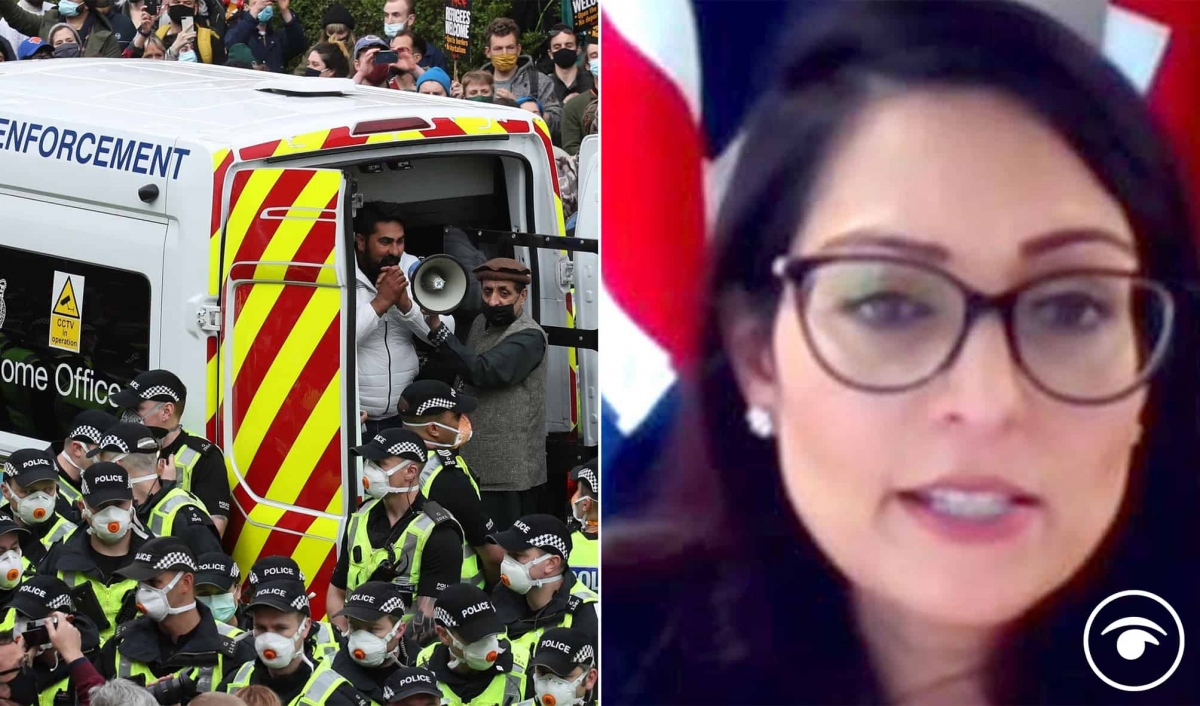 England fans home and abroad celebrated into the early hours after the Three Lions reached their second consecutive semi-final at a major tournament.

The Three Lions’ 4-0 demolition of Ukraine in Rome set up a clash with Denmark at Wembley, with restrictions on capacity set to be eased for the fixture.

Harry Kane scored once in each half, with goals from Harry Maguire and Jordan Henderson seeing the side through.

It is the second time England have found themselves one game away from a major final in the last three years after Gareth Southgate led the country to the same stage at the World Cup in 2018.

Priti Patel also jumped on the bandwagon, with a celebratory tweet.

?????????
What a performance.
What a team. #ItsComingHome! pic.twitter.com/ZxBbn9lUYr

Well this left a lot of people to question her praise after some pretty harsh comment on England players for taking a knee.

Priti Patel another who backed booing the England players for their anti-racism stance, now trying to associate herself with their success. https://t.co/kncnmrQ1zX

Quite an ironic statement re "what a team" from gesture politics hypocrite and all round horrible bastard Priti Patel.

How it started. How it's going. pic.twitter.com/Xo8NL4Ugvq

If Priti Patel had been in the HO for the last 20 years England won’t have this team. She’d have deported most of their parents. pic.twitter.com/mdoSAq7Pef

Boris Johnson refused to condemn people who boo this wonderful England team. Priti Patel said it was ok to boo them. There’s nothing patriotic about undermining our national team. That applies to spectators and Tory ministers.

A reminder that half the England squad are here thanks to immigration. As is the Home Secretary who is doing all she can to make immigration as difficult as possible in future. pic.twitter.com/V5AOzWmeJT

Not bad for a bunch of foreign Marxists, eh, Priti? #bootheknee #ENG https://t.co/9kCF56ZKcF

You told us to boo them you odious, opportunistic slug

We all screenshot ur anti-knee tweets, babe.

Related: Patel announces harsher sentences for migrants as she is accused of ‘peddling deliberately misleading myths’