After a year battling the worst outbreak in the Middle East, Iran ordered the closure of non-essential businesses in 275 cities, including Tehran. 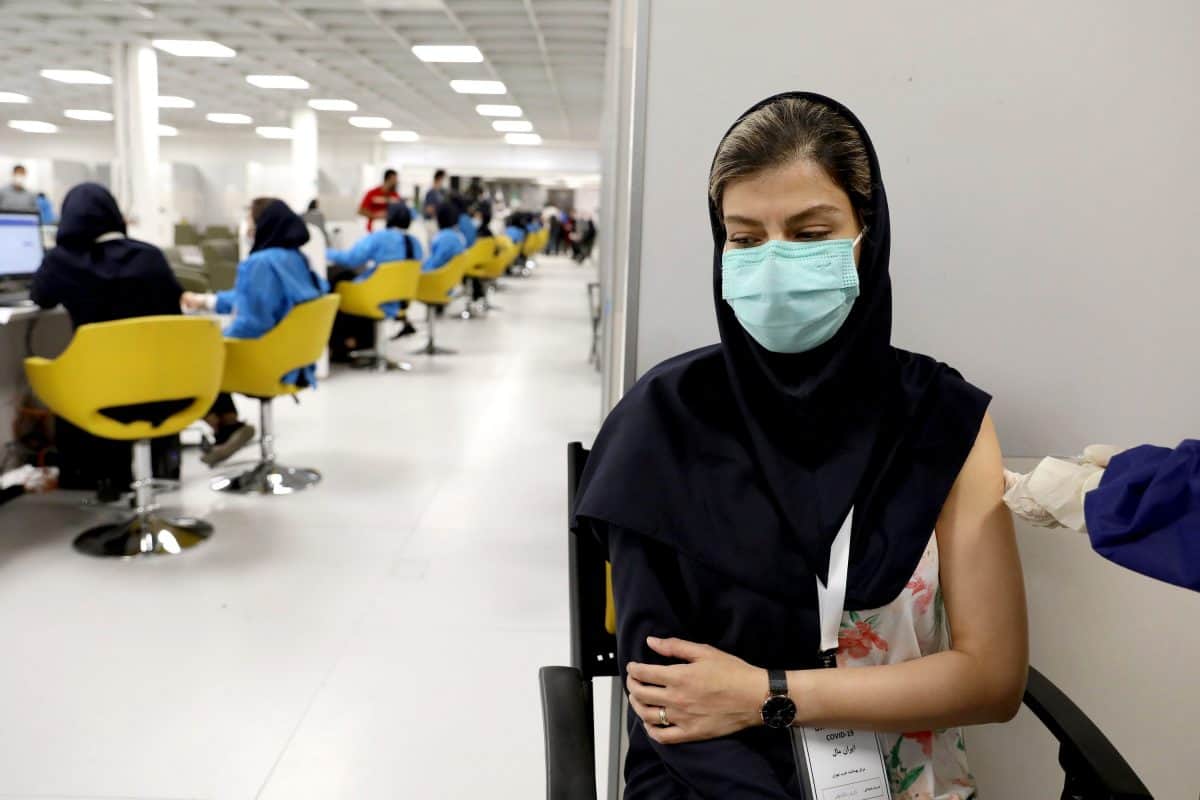 Iran announced on Sunday that it is reimposing coronavirus restrictions on major cities, as the spread of the highly contagious Delta variant spurs fears of another devastating surge in the country.

It comes as Sajid Javid said the best way to protect the nation’s health is to lift the remaining Covid-19 curbs.

Writing for The Mail on Sunday, the he said: ‘The economic arguments for opening up are well known, but for me, the health arguments are equally compelling.’

Mr Javid’s remarks represent a sharp change in tone from that of his predecessor Matt Hancock, who was forced to resign last weekend after his affair with an aide was exposed.

Mr Johnson is preparing to announce a raft of measures to come into force from July 19 which will ‘make Britain the most open country in Europe’.

After more than a year battling the worst virus outbreak in the Middle East, Iran ordered the closures of non-essential businesses in 275 cities, including the capital, Tehran.

The shutdown of all public parks, restaurants, dessert shops, beauty salons, shopping centres and bookstores applies to the country’s “red” and “orange” zones, or municipalities ranked as having an elevated risk of Covid-19.

The government said it is also imposing a travel ban between cities with high infection rates.

Iran’s new restrictions are designed to slow the spread of the highly transmissible Delta variant first detected in India, which President Hassan Rouhani warned on Saturday is driving a potential “fifth wave” of infections in the country.

Reports of new cases have risen steadily in recent weeks, nearly doubling from from mid-June to early July.

The country has reported a total of 3.2 million infections and 84,627 deaths — the highest toll in the region.

The spike comes as Iran’s vaccine rollout lags, with less than 2% of the population of 84 million fully vaccinated, according to online scientific publication Our World In Data.

Iran says it has administered some 6.3 million doses so far. Those have mainly come from abroad, including from Covax, an international initiative meant to distribute vaccines to low- and middle-income countries.

With foreign vaccines still in short supply, the country has accelerated efforts to develop its own.

Last month, authorities granted emergency use authorisation to the domestically produced CovIran Barekat shot, without publishing data on its safety or efficacy.

Iran’s supreme leader Ayatollah Ali Khamenei, who previously warned against the import of American and British vaccines amid deep-rooted distrust of the West, was given the home-made vaccine on state TV and encouraged the public to follow suit.