In response to Patel, Amnesty said: “Instead of peddling deliberately misleading myths and untruths about asylum and migration, the Home Office should be establishing safe routes for those few people escaping persecution who wish to seek asylum here.” 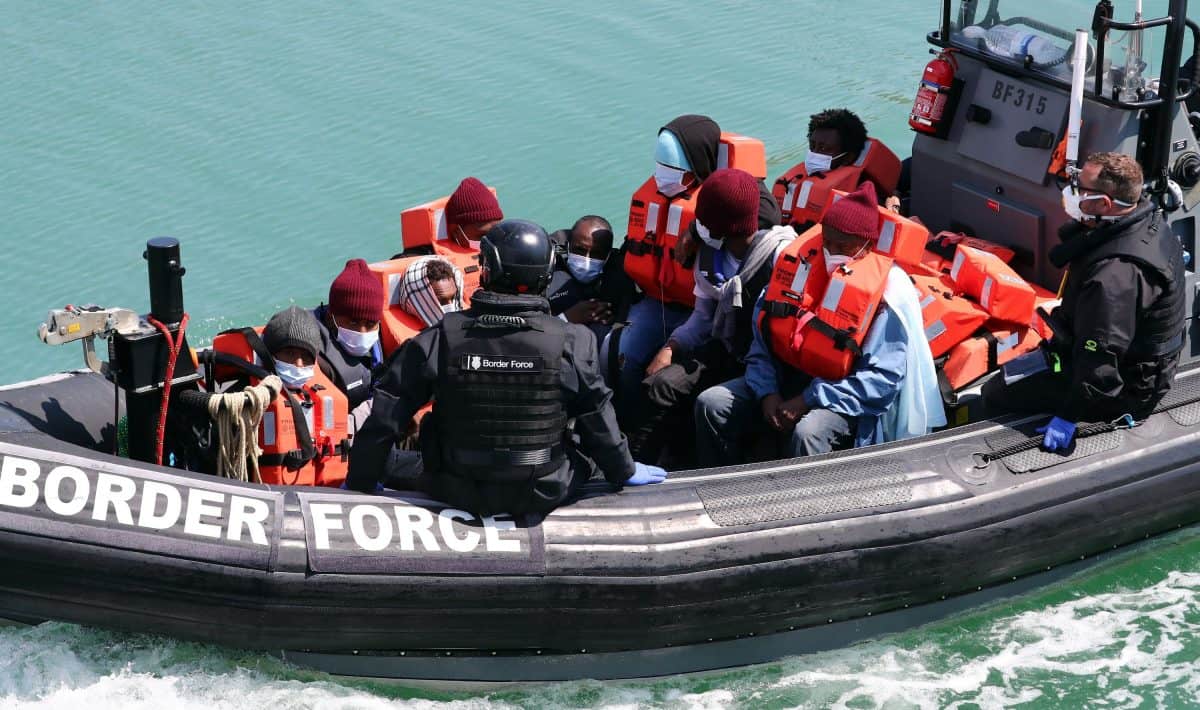 Migrants seeking to make their way to the UK on small boats, and their people-smuggling enablers, will face heavier prison sentences in a bid to prevent “asylum shopping”, the Home Office has announced.

The stricter enforcements form part of the Nationality and Borders Bill, which is due for its first reading in the House of Commons on Tuesday, as part of Home Secretary Priti Patel’s pledge to “fix” the UK’s “broken asylum system”.

The proposed legislation intends to make it a criminal offence to knowingly arrive in the UK without permission, with the maximum sentence for those entering the country unlawfully rising from six months’ imprisonment to four years.

The Government also plans to also increase the tariff for people smugglers, with those found guilty facing life behind bars – up from the current maximum of 14 years.

The Home Office said the sterner punishments were a bid to prevent “asylum shopping”, claiming that some migrants are allegedly “picking the UK as a preferred destination over others” when asylum could have been claimed earlier in their journey through Europe.

A clause contained in the legislation will broaden the offence of arriving unlawfully so that it encompasses arrival, as well as entry into the UK.

The moves is designed allow those who are intercepted in UK territorial seas to be brought into the country to be prosecuted, aides said.

The Bill’s unveiling comes after record numbers of people have made the perilous journey across the English Channel in small boats so far this year, with nearly 6,000 reaching the UK in the first six months of 2021.

The total figure for 2020 – 8,417 – could be eclipsed within two months if the number of crossings seen in July and August last year are repeated, PA news agency analysis has shown.

Officials said the draft law was about “sending a clear message to migrants thinking about paying people smugglers to make dangerous and illegal journeys to the UK”.

“Our new plan for immigration is fair but firm.

“We will welcome people through safe and legal routes whilst preventing abuse of the system, cracking down on illegal entry and the criminality associated with it.”

The Home Office, when announcing the Bill, said it was “very likely that those travelling to the UK via small boat will have come from a safe European Union country in which they could have claimed asylum”.

The department added: “Where this is the case, they are not seeking refuge at the earliest opportunity or showing good reason for seeking to enter the UK illegally but are instead ‘asylum shopping’ by picking the UK as a preferred destination over others and using an illegal route to get here.”

The Conservative election manifesto promised to change the immigration system, with the Government for some time vowing to reform the asylum system, having described it as “broken” and “overwhelmed”.

Ms Patel in March said she wanted to tackle “illegal migration head-on” as she announced what she called the “most significant overhaul of our asylum system in decades” in a bid to “deter illegal entry into the UK”.

Figures shared by the Government at the time claimed that around 62% of all claims are made by people who have entered the UK “illegally”, and 42,000 failed asylum seekers are still living in the country.

The changes brought about in the Bill are set to take into account how people entered the UK – whether their arrival was legal or not – when dealing with any subsequent asylum claim, and on their status in the UK if that claim is successful, the Home Office said.

Attempts will also be introduced to prevent individuals making repeated “meritless” claims for asylum designed to delay their removal, the Whitehall department added.

Steve Valdez-Symonds, Amnesty International UK’s refugee and migrant rights director, said: “While the Home Office continues to make no safe and legal routes to the UK available for those claiming asylum, some people will continue to be forced to risk their lives to do so – including in small boats across the Channel.

“Instead of peddling deliberately misleading myths and untruths about asylum and migration, the Home Office should be establishing safe routes for those few people escaping persecution who wish to seek asylum here.”

Related: Mums fearing for their babies among ‘anxious’ EU citizens before deadline