"It's a foreign invasion into a sovereign state and the committal of war crimes. How do you, "both sides" that?", one person responded. 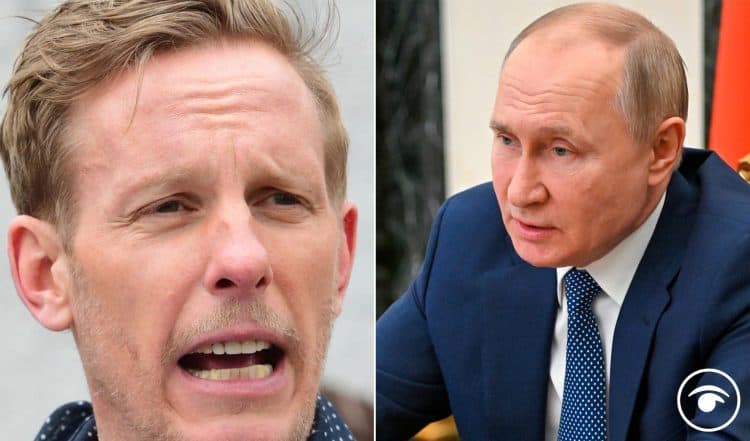 Laurence Fox has sparked a flurry of astonished reactions after he said discourse concerning Vladimir Putin is “devoid of nuance or debate”.

The former Reclaim Party leader appears to have fixed his gaze on the escalating conflict in eastern Europe after all remaining Covid-19 restrictions were dropped.

He tweeted: “Putin must fail” is the new “Hands face space”, much to the bewilderment of people on social media.

So far, more than two million refugees from Ukraine have been forced to flee the country as the case for war crimes builds.

“It was very eerie,” said Ihor Diekov, one of the many people who crossed the Irpin river outside Kyiv on the slippery wooden planks of a makeshift bridge after Ukrainians blew up the concrete span to slow the Russian advance.

He heard gunshots as he crossed and saw corpses along the road.

“The Russians promised to provide a (humanitarian) corridor which they did not comply with. They were shooting civilians,” he said. “That’s absolutely true. I witnessed it. People were scared.”

Such testimonies will increasingly reach the world in the coming days as more people flow along fragile humanitarian corridors.

But according to Fox, shaming the Russian president for the tragedy is “binary and simplistic”.

He tweeted that dubbing Ukrainian president Zalensky the new Churchill and calling for Putin to fail is “devoid of nuance or debate”.

Needless to say, there were a few people who had a thing or two to say about it.