Nadhim Zahawi's reaction is priceless as Helle Thorning-Schmidt tells him she "almost chuckled" when she heard his remarks about the UK's response to the Ukraine conflict. 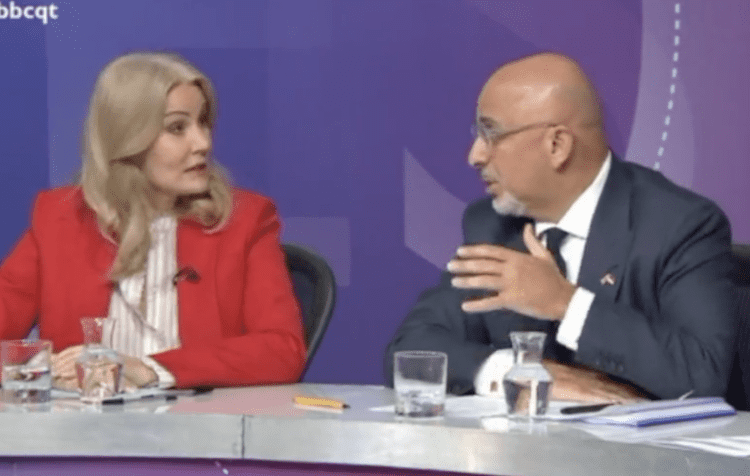 The former prime minister of Denmark told BBC’s Question Time she “almost chuckled” when a Tory cabinet minister claimed the UK is “leading” against Putin.

Helle Thorning-Schmidt took exception to remarks made by Nadhim Zahawi.

Thorning-Schmidt, who was Danish PM between 2011 and 2015, said: “You said something that almost made me chuckle when you said that Putin will think the UK is leading the efforts against Russia right now.

“Of course it’s not, the European Union is leading the effort against Russia. I don’t think they will see Boris Johnson as a particular leader in this field, so set that straight.”

When Zahawi said “it should be a team effort”, Thorning-Schmidt responded: “You said Russia will see the UK as a leader, I don’t know why they would do that.”

Related: ‘Playtime is over’: Nick Ferrari tears into government for shambolic response to Ukraine conflict