"If they didn’t know this then what exactly are Dido Harding’s £1000 a day consultants doing for their money?" 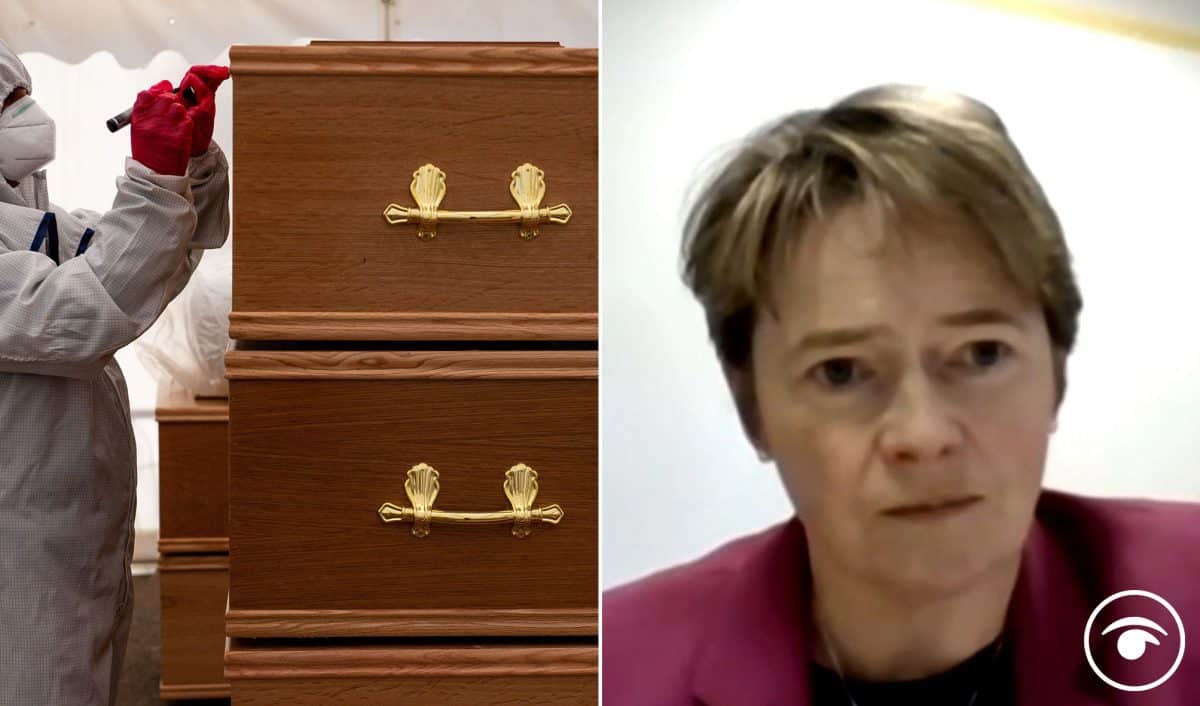 The head of test and trace Dido Harding made some controversial comments today at a Commons science committee.

She claimed that no one was able to predict that a new variant of the virus would emerge as she defended the overall record of test and trace in response to criticism from Greg Clark, the committee chair, who suggested that it had failed to stop England going back into a lockdown.

Harding said: “It’s entirely understandable that everyone wants there to be a single, clear and straightforward route out of the Covid crisis. I think it’s very tempting to view … that test and trace stands single-handedly to prevent the virus spreading, and lockdowns coming.

“But actually we are part of an overall system … Test and trace is only one of the elements that enables us to fight Covid. We are not the single silver bullet.

“Between that business plan being published and us going into the lockdown that we are in now we have seen the virus mutate. We have seen the new variant emerge, which was something that none of us were able to predict.”

Her comments come as she also said around 20,000 people a day contacted by the Test and Trace system are not fully complying with instructions to self isolate.

Watch her comments on video (below).

Around 20,000 people a day contacted by the Test and Trace system are not fully complying with instructions to self isolate, MPs have heard.

Baroness Dido Harding, head of NHS Test and Trace, said that reserach has shown that between 40% and 20% of people contacted by the programme are not fully self-isolating after being instructed to do so.

Based on the rates of people contacted on a daily basis, an optimistic estimate suggests that 20,000 are not fully following self isolation instructions, MPs on the House of Commons Science and Technology Committee heard.

Baroness Harding, interim executive chairwoman at the National Institute for Health Protection, said there there could be multiple reasons behind people ignoring the rules.

These include: not understanding what they should and shouldn’t do, the practicalities of self-isolating such as  not having enough food in the fridge, or needing medicine, some can not afford it and feel they need to go to work, and the mental health impacts.

Responding to questions from former health secretary Jeremy Hunt, she said: “Could I add a slight complexity to your calculation which actually might well make your number go up a bit, which is that’s the proportion that we know about.”

Baroness Harding said her biggest concern is the people who feel ill but do not come forward for testing.

“Every person who self-isolates when they’re told to by NHS Test and Trace plays their part in breaking the chains of transmission,” she said.

“Clearly, for every individual that fully complies, the impact on R improves.”

She added: “The way that we combat the disease is through a number of different interventions that requires societal change and you know we’re all human beings, no-one’s perfect.

“And getting that consistent societal behavioural change is probably a life’s work rather than something that you can do in nine months.”

Extraordinary to have it confirmed that around 20,000 more people every day who TEST POSITIVE are still out and about spreading the virus. If we are not going to make good salary losses of those asked to isolate, where’s the plan to address this gaping hole in our strategy? https://t.co/wIo95jSiFf

Mr Hunt said: “Thousands of people a day is enough to restart the pandemic.”

The committee heard about a number of aspects of the Test and Trace operation, including:

– Baroness Harding said there were “no conflicts of interest” between herself and anyone awarded a contract with NHS Test and Trace.

– Labour MP Dawn Butler pointed out that Baroness Harding is not paid for her interim role.

– The Test and Trace system is on track to reduce the R number in high-prevalence areas by between 0.6 and 0.8 by the end of March.

– Contact tracers moved to a system of appointing a “household lead” when giving out self-isolation instructions after discovering that families became “annoyed” being contacted multiple times.

– Baroness Harding said that surveillance systems need to spot outbreaks of new variants “both at the border, overseas and in the UK” to “stamp out dangerous new variants as they arise”.

– She told MPs that the Kent variant is “endemic” across the country.

Baroness Harding told MPs the virus has mutated and new variants emerged, “which was something that none of us were able to predict”.

She later clarified: “What I was referring to earlier is – predicting exactly when that is going to happen and therefore being ahead of the curve, that’s much harder.

“I don’t think any scientists in the world would be willing to sign up to a date stamp of when specific mutations are likely to occur.”

Baroness Harding also echoed previous comments from Health Secretary Matt Hancock that she hopes the pandemic will result in less of a “British stiff upper lip” when it comes to people continuing to go into work with colds and flus.

“As we come out of the Covid crisis is, looking forward, that we also adopt some of those cultural norms – that the British stiff upper lip of ‘I’ve got a horrid cold or flu but I’m still going to soldier (on) and then come into work’ actually turns out to be the wrong thing to do, not just for you personally but also for your work colleagues and your community,” she said.

“I think that’s some of the behavioural change that we are seeing now that I would be optimistic for the National Institute for Health Protection going forward that we can establish as norms in our society.”