"He set foot on the property ladder early when he was bought a £265,000 flat for him to live in while he studying at Bristol University". As you do. 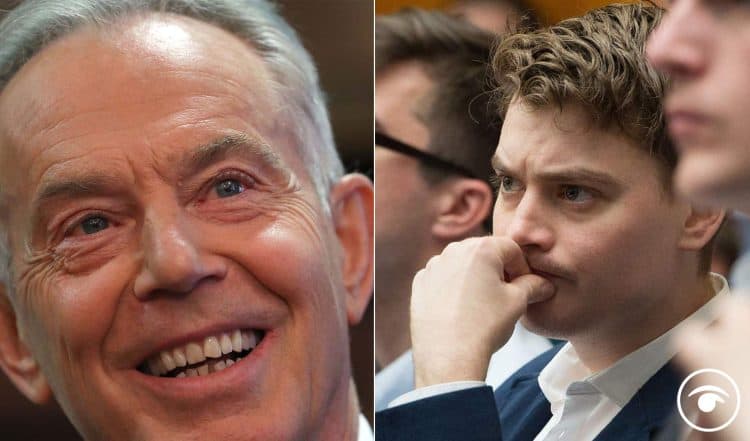 The son of former prime minister Sir Tony Blair said he owes his newly bestowed honour to the staff at his tech start-up.

Euan Blair, founder and chief executive of Multiverse, has been made an MBE for services to education in the Queen’s Birthday Honours this year.

The awards have been made early this year to coincide with the Queen’s Platinum Jubilee, with her official birthday taking place on Saturday June 11.

Mr Blair, the eldest son of former Labour prime minister Sir Tony, is believed to have a fortune of more than £160 million.

The Evening Standard recently reported he is now worth more than three times his father, who is believed to have £44 million.

He and his siblings, Nicky, Kathryn and Leo, spent their childhood in Downing Street alongside their mother Cherie while their father was in office between 1997 and 2007.

The Yale graduate recently bought a £22 million, five-storey townhouse in west London featuring seven bedrooms, and an “iceberg basement” with a swimming pool.

Related: What would you call it? Tony Blair-inspired musical starts with him on death bed