"Should knowingly lying in Politics be illegal?" tweeted Deborah Meaden after watching the video. 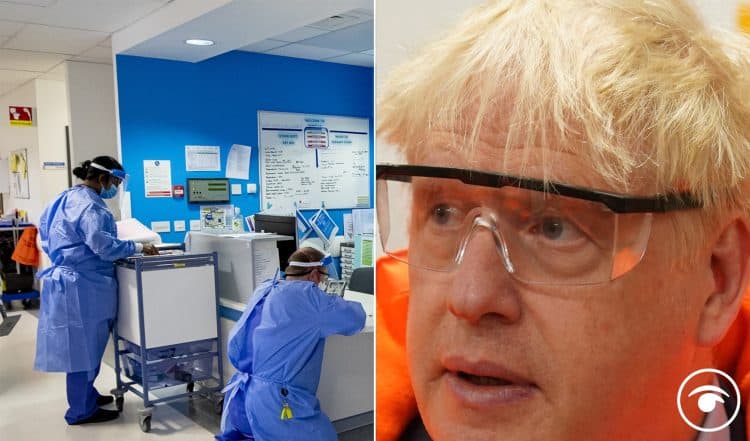 Ousting Boris Johnson over Partygate would be an “exceptionally silly” thing to do, Jacob Rees-Mogg has warned wavering Conservative MPs.

It comes as a new video slams the PM’s claims about Brexit being a success for the NHS.

Fellow cabinet minister Priti Patel has also rallied the PM’s defence, telling backbencher Tories pushing for him to resign to “forget it”.

Mr Johnson is growing pressure in the wake of Sue Gray’s report on parties in Downing Street, with almost 30 Tory MPs calling for his resignation and 44 openly questioning his leadership.

Earlier, Boris Johnson claimed quitting as Prime Minister over the “miserable” partygate scandal would be irresponsible and denied suggestions he is a “habitual liar”.

He cited “huge pressures” on the economy, the war in Ukraine and his “massive agenda which I was elected to deliver” as his reasons for remaining in his post and not seeking to “abandon” ship.

As the PM tries to cling onto power Filmmaker Peter Stefanovic has created another video holding the PM to account for his comments about the ‘success’ of Brexit.

He tweeted the video out and wrote: “Boris Johnson, who stands accused of lying to the public & Parliament – just proudly announced he has delivered the EXTRA £350m a week Brexit dividend he promised for the NHS It is, of course, complete boll****”