‘Part of the reason people feel so strongly about Tony Blair is that they had such hope and felt so badly let down.’ 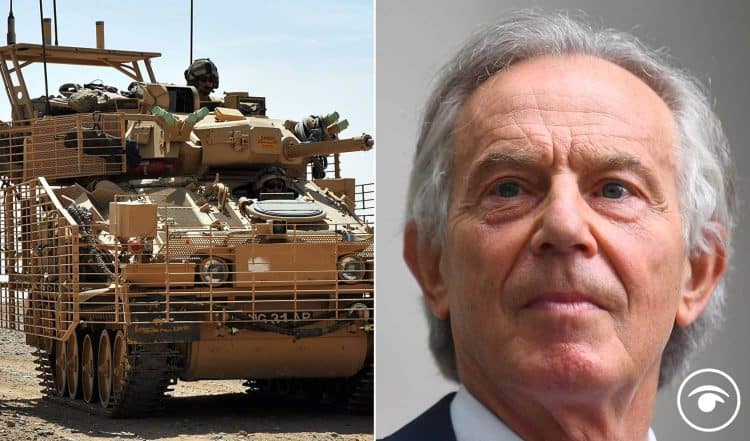 The show is full of songs that’ll take you right back to the height of New Labour, if that’s your poison.

It opens with the Blair on his deathbed, calling for a priest to whom he can confess his sins

The rest of the story is told in a flashback.

‘People feel very strongly about Tony Blair in a way they don’t necessarily do about other leaders who’ve probably done equally misguided things.

‘Part of the reason people feel so strongly about Tony Blair is that they had such hope and felt so badly let down.’

John Prescott and Osama Bin Laden are both being played by a woman.

‘We’re mixing up the diversity and roles,’ explains Harry. ‘In Osama Bin Laden’s version of Islam, women are not empowered, so having a woman playing him turns it into something different. It feels like a fresh, satirical way of doing things.

‘It’s a difficult line to walk taste-wise: obviously, some really bad things happened and we can’t skirt around it. But having a woman playing Osama Bin Laden, singing a song called Kill The Infidel, is somehow really funny. It doesn’t feel like bad taste.’