"First they came for Huw Edwards and I did not speak out."Because it was a joke you paranoid, stupid, flag fetishists." 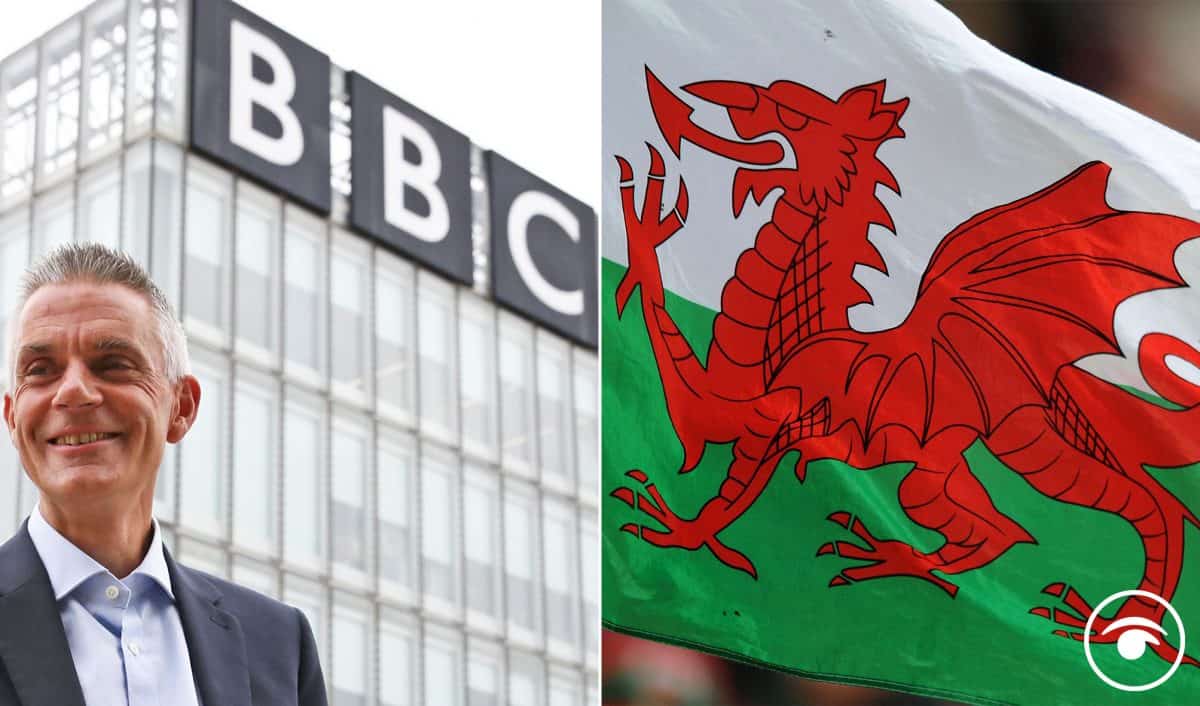 Huw Edwards has said he was ‘ordered’ to delete a tweet of himself with a Welsh flag by his BBC bosses.

Munchetty later apologised for liking a series of tweets that referenced their interview and the flag.

She wrote on Twitter: “I ‘liked’ tweets today that were offensive in nature about the use of the British flag as a backdrop in a government interview this morning. I have since removed these ‘likes’.

“This do not represent the views of me or the BBC. I apologise for any offence taken.”

Veteran news presenter and proud Welshman, Huw Edwards took to Twitter and posted the Welsh flag behind him and wrote “Flags are now mandatory – very pleased with my new backdrop for BBC News at ten.”

It seemed a bit of playful fun, but that wasn’t shared by BBC bosses. He later Tweeted: “Gutted. My Pro-flag Wales tweet has been cut down in its prime. By order. But it will be back tmw for the rugby – by popular demand. Meanwhile enjoy this magnificent flag – one of my favourites.”

Huw Edwards was told to remove a picture of the Welsh flag. The nations of the UK are now seen as a threat.

First they came for Huw Edwards and I did not speak out.

Because it was a joke you paranoid, stupid, flag fetishists.#BBC

So ddraig goch bad, union jack good, is it BBC?https://t.co/XND9kfG5V5

If BBC Scotland had any employees with a sense of decency and respect for their colleague Huw Edwards we'd have a sea of saltires across their social media today. But no.

Very pleased to hear that Huw Edwards has deleted this tweet. Even though it was just a joke it is important that it is removed from the Twittersphere as it has clearly upset the flag shaggers Thank goodness nobody saved a screenshot pic.twitter.com/6E466o6kSK

?️Huw Edwards 'ordered' to delete tweet of him with Welsh flag by BBC bosses https://t.co/HUGjGhaqUJ

Salute Huw Edwards ?? this nationalistic flag waving by tory MP's is laughable at best and vomit inducing. Well done for showing how pathetic this is and shame on BBC for making him delete it. https://t.co/sueBl8UmF9

This is the tweet that Huw Edwards @huwbbc has been ordered to delete, so feel free to retweet it on his behalf 😉 pic.twitter.com/Rh9s3ocpNa

Related: Tory MP says love the flag and Queen or ‘move to another country’