"The communities that always wrapped their arms around me continue to hold me up,” said Rashford in thanks to his devoted fans. 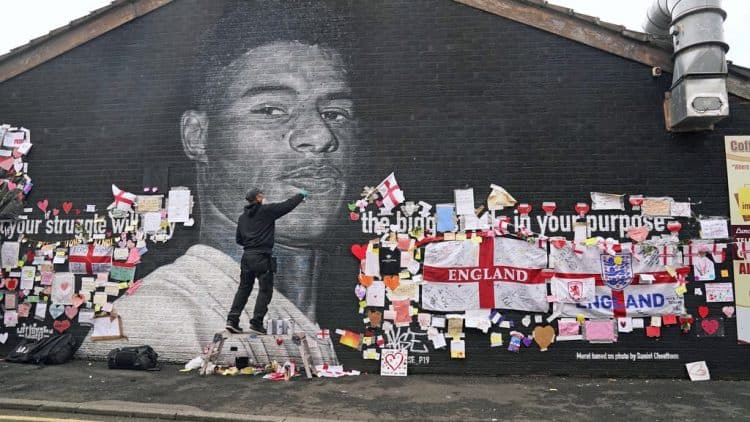 Marcus Rashford’s defaced mural is currently under repair after being emblazoned with heartfelt messages of support, adoration and affection in his hometown of Manchester.

The artwork is now being repainted by artist Akse, who originally designed the beloved portrait.

The Marcus Rashford is being repaired by street artist Akse pic.twitter.com/TgglVMBEzN