From the newsletter: Still, after all this time, the treatment of people of colour remains brutally transactional. 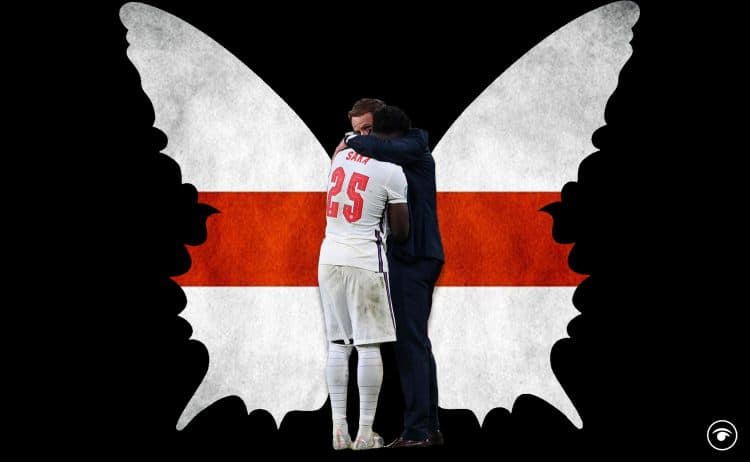 What if Bukayo Saka had gone the other way? If Gianluigi Donnarumma, limbs perpetual, had dived right rather than left, what would we be talking about? Would the country we woke up in yesterday morning, groggy and downtrodden, be any different to the one we find ourselves in today?

Maybe. That Conservative MP probably wouldn’t have texted her colleagues to suggest Marcus Rashford spend “more time perfecting his game and less time playing politics”. That Telegraph writer might not have demanded “submission” from Tyrone Mings for having the temerity to call out the home secretary’s hypocrisy. That so-called comedian might not have tweeted that “the white guys scored” and “black guys are bad at penalties”. England’s black players might not have been bullied, abused and victimised.

But none of that means that England – the nation, not the football team – would have been fundamentally changed had Italy been defeated on Sunday night. Football can be many things. A well from which we draw our identity and sense of belonging; a source of pride and passion; a unifier, a healer. Yet what has become painfully clear in the past 36 hours is that all of it – the paeans to ‘progressive patriotism’, the performative displays of love and support – is, in far too many places, for far too many people, skin-deep.

That’s not just an English phenomenon. When the French won the World Cup in 1998, they were nicknamed “Black Blanc Beur” – white, black, Arab – and held up as what a diverse, successful France could look like. Four years later Jean-Marie Le Pen, the far-right leader of the Front National, advanced to the second round of the country’s presidential election. In 2018, when France again triumphed, Kylian Mbappé and his brilliant teammates were celebrated as the “boys from the Banlieues” – proof that ‘Frenchness’ was malleable, modern and multicultural. Three years on, Marine Le Pen threatens to follow in her father’s footsteps.

England may have seen a similar outpouring had Gareth Southgate’s side triumphed at Wembley. And none of this is to say that the pride and affection the likes of Rashford, Saka and Raheem Sterling have stirred in us this summer wasn’t real. It was. It is. But what we have learned is that – still, after all this time – this country’s treatment of its people of colour remains brutally transactional. The fragile stitches that briefly bound us together these last six weeks still seem to be contingent on success, on someone like Sterling proving his worth and winning it for “us”.

If Saka had gone the other way, the man who wrote “n*****s ruined it for us” on Twitter would still be a racist. Had England won, the slipping of that particular mask would have been deferred, not erased. It might have taken a week, a month, a year or a decade, but it would have seeped out into the open eventually. It always does. Harry Kane lifting a trophy on a muggy Sunday night in northwest London wouldn’t have changed that.

It isn’t all of us. Of course it isn’t. The public’s reaction to the defacing of the Rashford mural in Withington proves as much. But it would be wrong to claim that what we’ve witnessed in the last day or so isn’t England or Englishness, that we don’t recognise or identify it. This, as much as the good stuff, is who we are. The sooner we realise that – and, thanks to Donnarumma, we’ve realised it a lot sooner than we may have wanted to – the sooner we might do something about it.