"Accept that Christmas is a period when we can do things, that’s the reason why the rules are being relaxed, but that doesn’t mean we should do things." 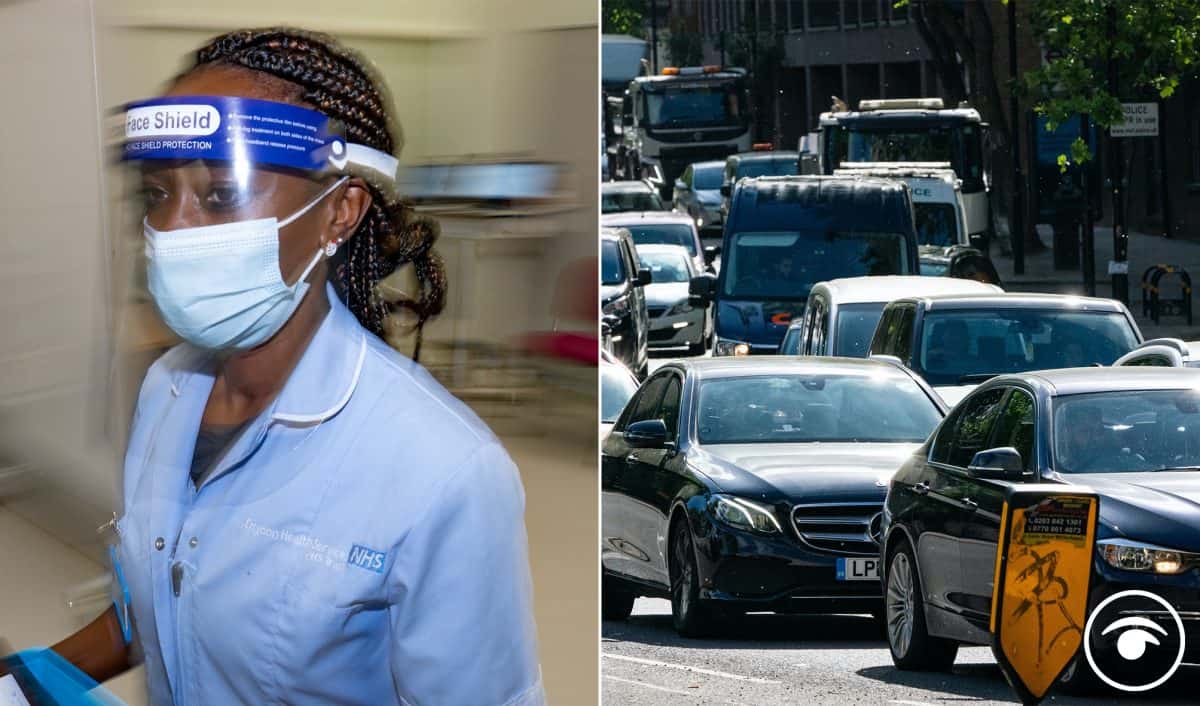 England’s chief medical officer has warned the public to be “very, very sensible” and not go “too far” over Christmas as it is a risky period for coronavirus. It comes as drivers are planning 13 million trips to visit family and friends during the five-day Christmas bubble period

Speaking at the Downing Street press conference on Thursday, Professor Chris Whitty said the combination of rising Covid-19 infection rates in some areas, the Christmas period and winter pressures on the NHS painted a “concerning picture”.

Coronavirus restrictions are due to be relaxed across the UK between December 23 and 27 to allow families to form bubbles and spend some limited time together over the festive period.

But Prof Whitty emphasised that despite the temporary rules change allowing people to do certain things, it did not mean they necessarily should.

He said: “A third wave is not inevitable, but the way we prevent it is by everybody, all of us, coming together and actually deciding we want to try and stick to the guidance that’s there.

“And accept that Christmas is a period when we can do things, that’s the reason why the rules are being relaxed, but that doesn’t mean we should do things.

“People should really be very, very sensible over that period and over this whole period of risk because this is a very risky period for us.

“But it is definitely not inevitable that things will get substantially worse, that’s something we need to all work together on.”

Prof Whitty said rising rates of infection in the South East were “concerning” and that questions would have to be asked about whether more measures were needed.

“Throughout this there’s a very difficult balance where if we don’t do a sufficient number of things the rates start to go up,” he said.

Prof Whitty highlighted that winter was a time when “for all respiratory viruses, rates go up”, which was seen across Europe.

He said that rates were falling “really quite consistently” in areas such as the Midlands where stricter regulations had been adhered to, but this had not happened in areas with lower restrictions such as parts of London, Essex and Kent.

Prof Whitty added: “I think if these rates are going up towards the tail end of lockdown, that is quite a concerning situation.

Health Secretary Matt Hancock also warned that it was important not to “blow” the progress made in controlling coronavirus.

He said: “The fall in the number of cases has flattened off and is rising in some parts of the country, like Kent and Essex and some parts of London.

“This shows us that this fight is not over and how we must all play our part and stay on our guard now and through Christmas.”

Mr Hancock also said there would be no special set of rules covering New Year’s as there is planned for Christmas.

Asked at the Downing Street press conference if people would be able to spend New Year’s Eve with close family members, Mr Hancock said: “Yes, if you live with them in your household, but we are not bringing in a special set of rules for New Year as we have for Christmas.”

He added: “We have got to be careful and let’s not blow it, especially with the vaccine on the horizon.”

Drivers are planning 13 million trips to visit family and friends during the five-day Christmas bubble period, a new survey suggests.

The RAC poll of 1,500 motorists indicated that December 23 will be the busiest day for festive road travel, with 3.1 million journeys.

Christmas Eve and Christmas Day are predicted to see 2.8 million and 2.5 million trips respectively, which is similar to levels seen in recent years.

Many of these are expected to be local journeys.

A further 2.1 million car journeys are expected between December 23 and 27 but respondents were not sure about their exact travel date.

The UK Government and devolved administrations have agreed a temporary easing of coronavirus restrictions, allowing three households to mix in a bubble from December 23 to 27.

People travelling into Northern Ireland to form a bubble can do so between December 22 and 28.

Some 57% of drivers said they are not planning to visit friends or family by car over the festive period.

One in five of those polled cited concerns about coronavirus as the reason for not getting behind the wheel.

The impact of the pandemic on traffic will be most evident after Christmas Day, according to the RAC.

Only 1.6 million trips on Boxing Day are planned, down from an average of 4.5 million over the past five years.

RAC spokesman Rod Dennis said: “The pandemic looks set to have a profound effect on drivers’ plans to see family and friends at Christmas time this year.

“Despite the loosening of restrictions to allow people to meet up as part of festive bubbles, our figures suggest many drivers aren’t keen – with a fifth saying the coronavirus is the reason why they’re not travelling.

“That’s not to say the roads will be empty over Christmas.

“Our research indicates millions of leisure journeys on major motorways and A-roads will still be taken, with 23 December being the focus of what will be a much less pronounced Christmas getaway than we’ve grown to expect.

“An estimated 5.3m trips to see family and friends will take place on Christmas Eve and Christmas Day combined, roughly in line with other years – and we expect many of these to be more local journeys.”

Related:Tier 3? London has highest infection rate in England as schools to close in Wales