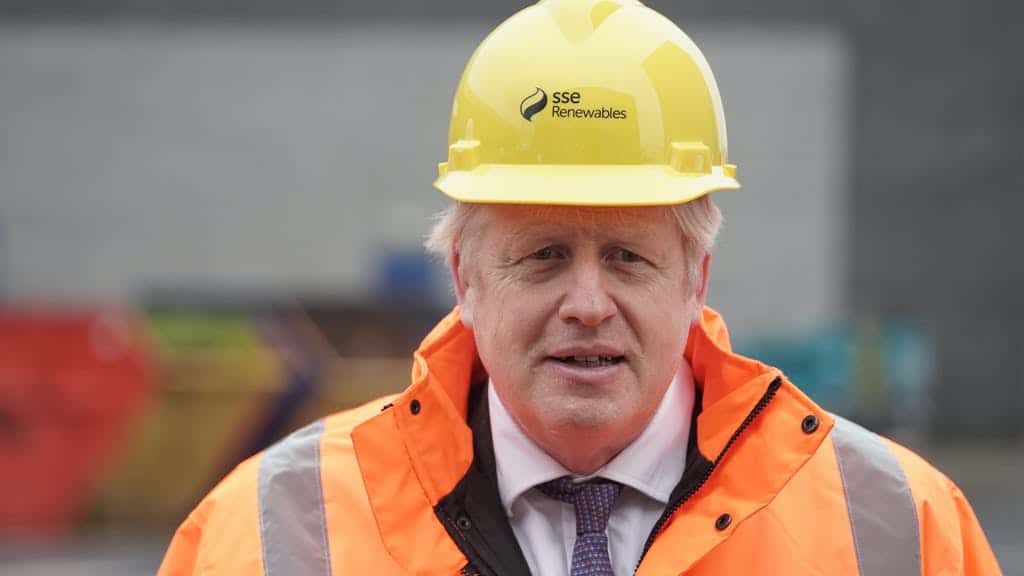 Boris Johnson has warned it is “very, very likely” that the UK will fail to strike a post-Brexit trade deal with the European Union.

The two leaders have agreed to make a decision on the future of the negotiations by the end of the weekend.

Speaking to reporters on a visit to Blyth in Northumberland, Mr Johnson said: “Unfortunately at the moment, as you know, there are two key things where we just can’t seem to make progress.

“Exactly what we want from January”

Earlier Mrs von der Leyen said the UK would be free to decide whether to follow suit each time the EU changes its regulations – though if it refused the bloc would adapt the conditions for access to its markets.

The level-playing field measures aimed at preventing the UK undercutting the EU on standards and state subsidies have proved a major stumbling block in the talks throughout.

On fisheries, the Commission president said the UK and EU have “not yet found the solutions to bridge our differences” and urged the Government to “understand the legitimate expectations of EU fishing fleets built on decades, and sometimes centuries, of access”.

“On these and other points, our negotiators are working. We will decide on Sunday whether we have the conditions for an agreement or not.”

She added: “One way or the other, in less than three weeks it will be new beginnings for old friends.”

French president Emmanuel Macron meanwhile insisted he was not demanding to “have my cake and eat it” in response to a question on the EU’s proposals that the bloc’s fishermen would be able to continue to access UK waters for a year in a no-deal.

Chief negotiators Michel Barnier and Lord Frost are continuing talks in Brussels after Mr Johnson and Mrs von der Leyen agreed at a dinner on Wednesday to resume negotiations ahead of a decision on the future of talks this weekend.

Downing Street declined to deny reports that Mr Johnson had requested calls with the leaders of France and Germany but was rejected, after he said he would be willing to return to Brussels – or head to Paris or Berlin – to get a deal over the line.

The Prime Minister also said on Thursday that the Cabinet should “get on and make those preparations” for a departure on terms like Australia’s, which does not have a trade deal with Europe, unlike Canada.

But Malcolm Turnbull, who was Australia’s prime minister until 2018, said Mr Johnson should be “careful what you wish for” as Australia’s relationship with the EU is “not one from a trade point of view that I think Britain would want, frankly”.

Culture Secretary Oliver Dowden defended the Government’s description of a no-deal exit as trading on Australian-style terms, insisting ministers were not “taking people for a ride”.

He told BBC Radio 4’s Today programme: “I don’t think it is taking people for a ride to take a major economy that is relatively similar to the United Kingdom and compare the trading relationship.

“I don’t dispute that there will be challenges in relation to having an Australia-style relationship – by the way, it’s worth saying those challenges apply to both sides, that’s why it is so much in the interests of both sides to reach that deal, we are 90% of the way there.

“But we can’t, as Labour appear to be suggesting… accept it at any price.”

The British Retail Consortium has warned that supermarkets and their shoppers would be hit with a £3.1 billion annual “tariff bombshell” without a deal, with 85% of foods imported from the EU expected to face tariffs exceeding 5%.

However, Mr Dowden said most price rises would be 2%, and warned that EU countries would also be affected by a no-deal.

The pound continued to fall on Friday as traders’ fears of a no-deal Brexit intensified.

Typically the FTSE 100 would rise on a weak pound but it too was down 0.5% within an hour of opening.

He added: “Some market watchers are even suggesting the pound could fall to parity with the dollar in the event of no-deal, which would be a symbolic coup de grace for sterling.”