Before the Brexit vote, 50 per cent of people in the UK said they trust “most news most of the time”. 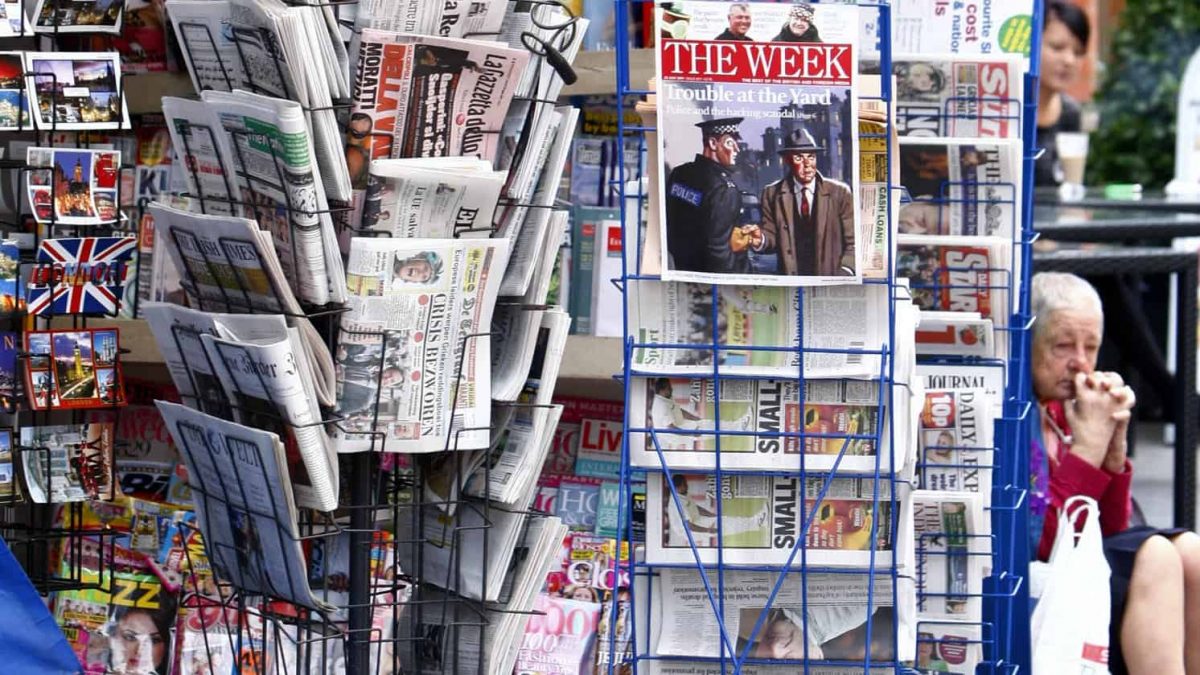 A “divided” society may account for public trust in news coverage plunging by 22 percentage points since the run up to the EU referendum, research suggests.

Just 28 per cent of people in the UK said they trust “most news most of the time”, according to a poll in January this year, down from 40 per cent in January 2019.

Trust in news in the UK is among the lowest in the world, according to data in The Reuters Institute for the Study of Journalism Digital News Report 2020, which found that overall trust in the media continues to fall globally.

In the January poll, across all 40 countries involved in the research, 38 per cent said they trust “most news most of the time”, a fall of four percentage points from 2019.

The overall sample size for the research was 80,155 adults with around 2,000 taking part in each country.

In January 2016, just a few months before the Brexit vote, 50 per cent of people in the UK said they trust “most news most of the time”.

This is 22 percentage points more than the 28 per cent recorded in January 2020.

Subsequent polling for the Reuters Institute shows that the coronavirus pandemic did temporarily increase trust levels in the news media in the early stages of lockdown, but this has fallen again.

Lead author Nic Newman said: “Divided societies seem to trust the media less, not necessarily because the journalism is worse but because people are generally dissatisfied with institutions in their countries and because news outlets often carry more views that people disagree with.”

The report adds: “One recent example of how this works came in the UK election in December 2019 where Boris Johnson asked the people to endorse his Brexit deal.

“The Tory victory came after a toxic political campaign where the media were heavily criticised by both sides.

“Many on the left blamed the Labour defeat on unfair media treatment of its leader Jeremy Corbyn by a ‘biased press’.”

The report said the impact can be seen in the fact that trust amongst respondents who self-identify on the left collapsed from 38 per cent in January 2019 to just 15 per cent a year later.

Trust amongst those on the right also declined but by much less, the researchers said.

The report said the Brexit crisis saw the BBC increasingly in the firing line, with data showing that, although overall trust in its news remains high, criticism from those who are politically committed, on the left and the right, has grown over the last few years.

Trust in the BBC with the most partisan groups has fallen by 20 percentage points since 2018, according to the research.

Looking at nine countries, researchers found that a preference for objective neutral news is strongest in Germany, Japan, Denmark and the UK, with 76 per cent of people in the UK saying they prefer it.

Meanwhile, researchers found that local newspapers are trusted by 55 per cent of people in the UK.

The report said local newspapers, and their websites, are valued much more in some countries than others.

More than half of those who regularly read local newspapers in Germany (54 per cent) say they would miss them “a lot” if they were no longer there, with 49 per cent in Norway, and 39 per cent in the US saying the same.

Just 25 per cent of those who read local newspapers in the UK say they would miss them.

Mr Newman said research has shown that news agencies tend to be “very well trusted” as they are not seen to be taking sides or having agendas.

Related: Reaction to The Sun’s ‘black versus white’ front cover