Not a single person at The Sun falls under the category 'everyone', one Twitter user said. 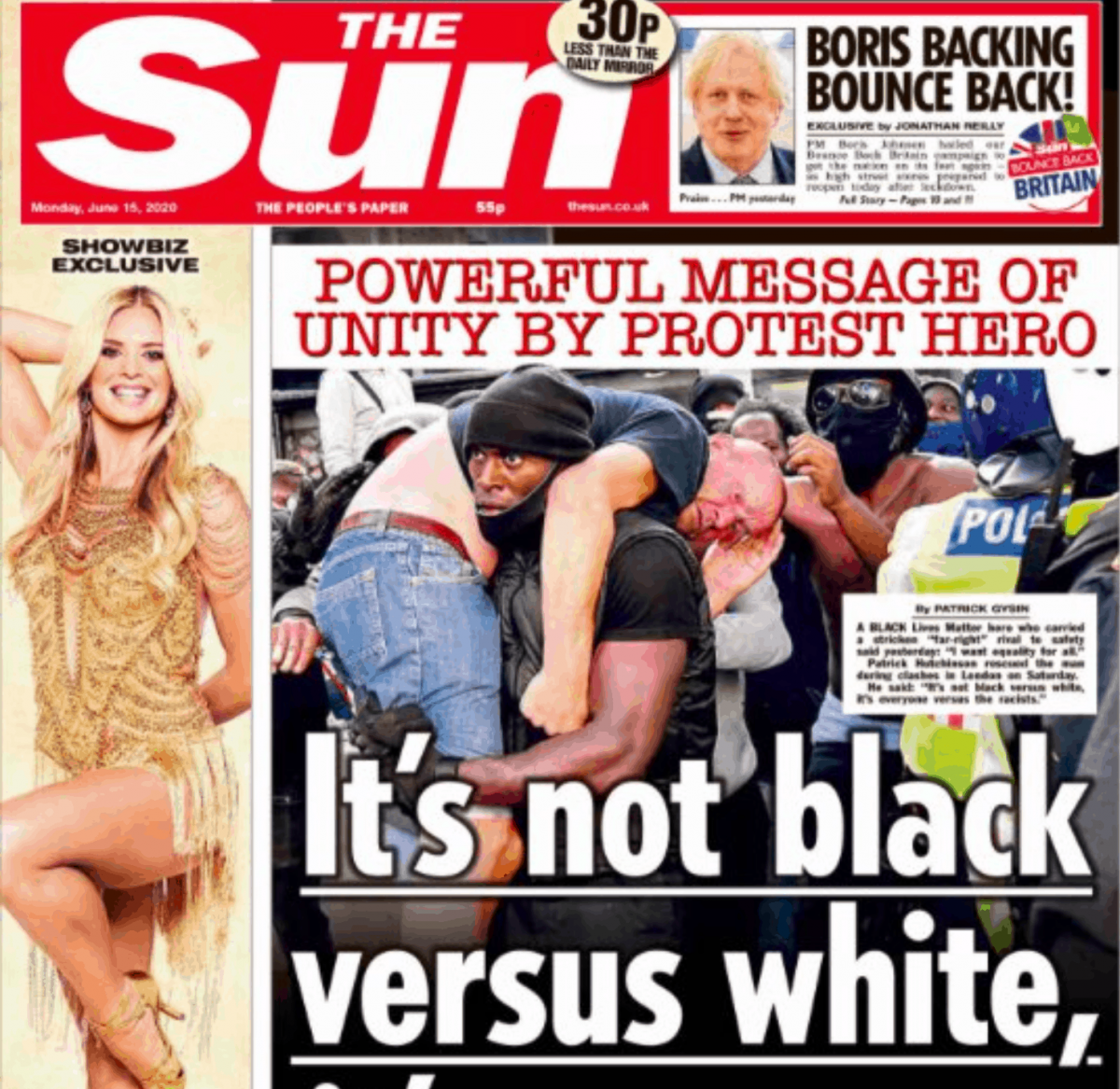 The Sun scored an own goal rather than a moral victory today after running a rallying call for people to stand up to racism.

They splashed: “It’s not black versus white, it’s everyone versus racists”, but the reaction came in thick and fast soon after.

One Twitter user said pointed out that “not a single person at The Sun falls under the category ‘everyone'”, while several others expressed their dismay at past coverage.

Not a single person at The Sun falls under the category “everyone”. pic.twitter.com/6qApMFFySM

The Sun was singled out for ‘fuelling prejudice’ in a report released in 2016 investigating hate speech” and discrimination in the UK.

“ECRI urges the media to take stock of the importance of responsible reporting, not only to avoid perpetuating prejudice and biased information, but also to avoid harm to targeted persons or vulnerable groups,” it concluded.

What have we become

Yesterday the Mail, which was also cited in the report, asked ‘what have we become’ in response to the violent protests at the weekend.

Irish actor and comedian Chris O’Dowd compared the remarks to a raging bull asking ‘what became of the China shop?’

Ian Hislop: The world is now so mad you ‘either get very gloomy or find it funny’