Hinpack Limited, which had no experience of supplying medical equipment, picked up a £30 million deal to provide test tubes for Covid tests. 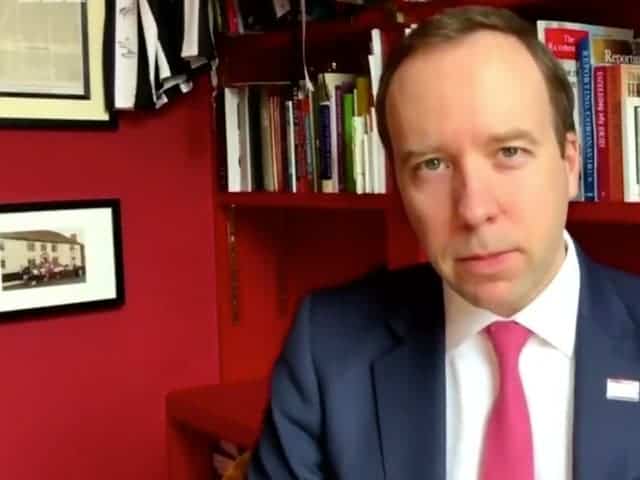 A former pub landlord who bagged a multi-million pound Covid contract after texting his friend Matt Hancock bought a £1.3 million country manor house just months after securing the deal, it has been revealed.

Alex Bourne purchased Hundon Hall last December, shortly after he first got in touch with the former health secretary as part of his bid to secure a Covid-19 contract.

It comes as millions of people across the country were put out of work due to Covid or saw their incomes drastically reduced as the pandemic wrought havoc on the economy.

Mr Bourne, a former Army captain, met Hancock when he took over the freehold of the Cock Inn in Thurlow, West Suffolk, close to the MP’s constituency home in 2016.

As well as praising the Cock Inn in public, Mr Hancock hung a photograph of the pub on the wall of his office at his home, only removing it in the light of ongoing concerns about the contract.

Documents published by The Mail on Sunday last weekend showed Mr Hancock forwarded an email from Mr Bourne on March 30 last year about manufacturing surgical masks to a senior civil servant at the Department of Health.

Hinpack Limited, which is run by Bourne and manufactures cartons and cups for the catering industry and had no experience of supplying medical equipment, picked up the £30 million deal to provide test tubes for Covid tests.

He denies any impropriety, disputes the reported value of the Hinpack contract, and says the deal was signed with an approved NHS distributor rather than directly with the Government.

He said that Hundon Hall had been bought with proceeds from the sale of the family’s terrace home in Battersea, South-West London.

“I did not buy Hundon Hall because of Covid,’ said Mr Bourne. ‘I have yet to make any personal cash from this contract.”

How To Make: Salade Niçoise