Jonathan Bartley, the longest-serving leader the party has had, will stand aside at the end of July. 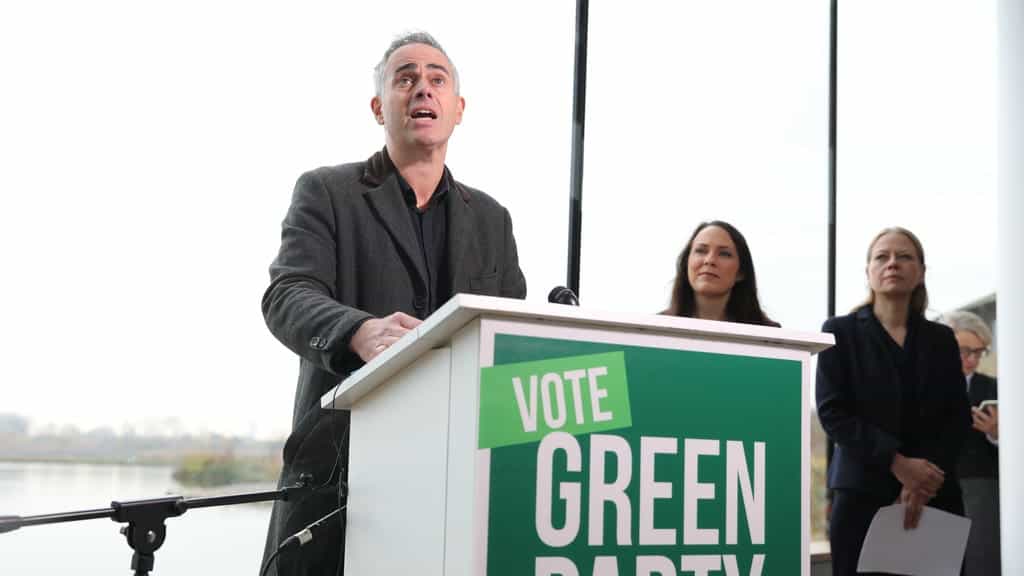 Green Party co-leader Jonathan Bartley is stepping down from his role, the party has announced.

He will stand aside at the end of July, with co-leader Sian Berry set to continue as acting leader while a leadership election takes place.

Mr Bartley, the party’s longest-serving leader, said he is “hugely proud” of what the Greens have achieved in the five years of his tenureship, claiming they have become a “major electoral force, vying to be the country’s third party”.

It’s been an absolute privilege to co-lead @thegreenparty but now is clearly the right time for new leadership. Thank you everyone who has worked so hard to establish the Greens as a major electoral force, vying to be the country’s third party. Onwards! https://t.co/e6pRiSD29g

The 49-year-old, who also co-leads the Green Group of councillors in Lambeth, south London, where he has been a councillor since 2018, said he hopes to play a “full, if different role in the Green Party” after stepping down.

He said in a statement: “I have always believed that leadership is about empowering and encouraging others and this is something I’ve done throughout my time as co-leader.

“I now feel that the time is right to step down so that new leaders can be elected.

“It has been an immense privilege to have been the longest-serving leader the party has had – first with Caroline Lucas for two years and then with Sian Berry for three, with Amelia Womack completing the leadership team throughout.

“During this time so many talented people have emerged.

“It’s also increasingly clear that we may have an earlier-than-expected general election and a new leadership team needs time to get used to the role, which makes it the right time to step down now and allow the party to choose new leaders.”

Mr Bartley and Ms Berry were elected co-leaders of the national Green Party on a joint ticket in 2018, which is his second term, having served as co-leader for two years previously with Caroline Lucas.

Ms Berry said: “Jonathan has been a tremendous colleague. Hard-working, thoughtful, kind, collegiate and full of insight and ideas.

“Every member should applaud the huge part he has played in the Green Party’s progress over the past five years. His departure leaves many impressive pairs of shoes to fill.”