Protesters urge end to new coal mine plans in Cumbria

The underground mine near Whitehaven is expected to extract nearly 2.8 million tonnes of coal per year for use in steel making. 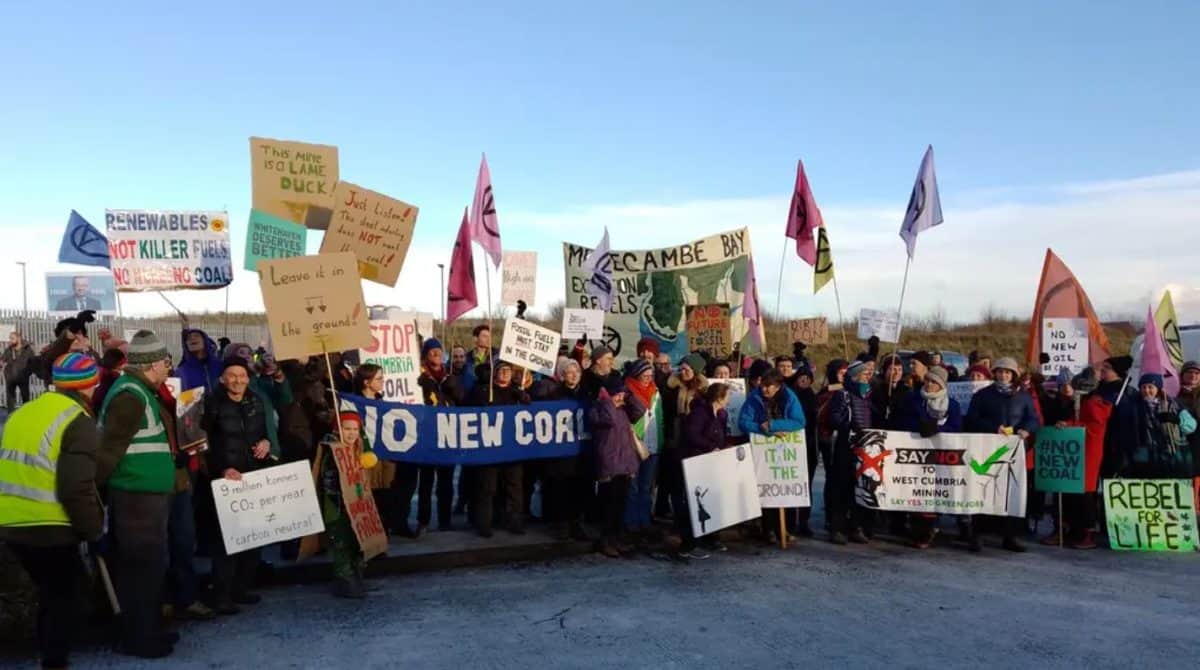 Protesters have demanded an end to plans for a coal mine in Cumbria after the Government signed off on the project.

About 60 demonstrators gathered at the Marchon site on Wilson Pit Road, Whitehaven, on Saturday morning, where they urged the Government to create green energy jobs, rather than fossil fuel jobs, in the area.

The underground mine near Whitehaven is expected to extract nearly 2.8 million tonnes of coal per year for use in steel making, rather than power generation, and backers say it will create around 500 jobs for the area.

But opponents warn it will create more greenhouse gas emissions and say it is hypocritical amid UK efforts to show climate leadership and to urge the world to give up coal.

Protesters on Saturday chanted: “Coal, don’t do it” and “Leave it in the ground”, while a choir sang songs including What A Wonderful World.

The group pinned banners on the fence of the site, reading: “Fossil Fools” and “Coal out renewables in”.

Some also carried placards with messages like: “Fossil fuels must stay in the ground”; “No new coal”; and “Say no to West Cumbria mining”.

Estelle Worthington, Friends of the Earth’s north-west regional campaigner, said: “The Government’s decision to give the go-ahead to this polluting and unnecessary coal mine has been met with widespread opposition – locally, nationally, and internationally.

“Local people have come together today to say West Cumbria deserves far better than this.

“The Government should be building a clean, modern and competitive economy fit for the challenges of the 21st century, not championing polluting industries of the past.”

Hazel Graham, climate jobs campaigner, said: “There have been attempts to divide us and attempts to patronise us when West Cumbria Mining explain why we need this coal mine.