Caller ties himself in knots over Meghan Markle

James O'Brien had an absolutely staggering clash with a caller who dislikes the Duchess of Sussex because she reminds him of his exes. 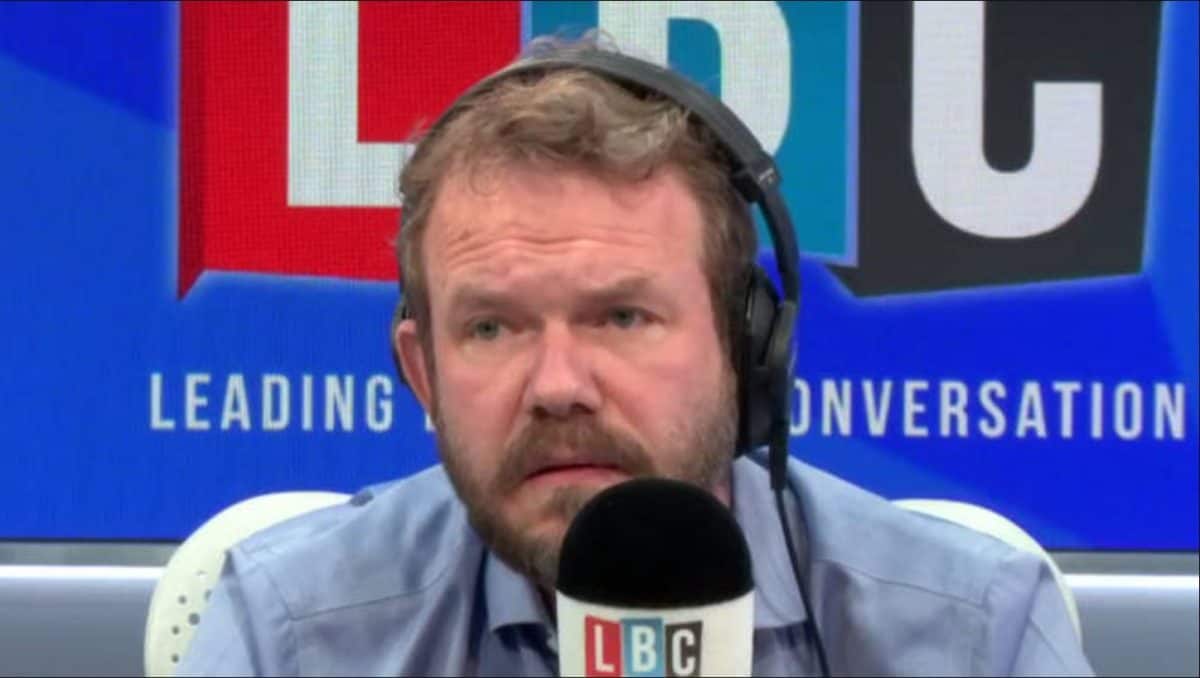 James O’Brien had a very incredible argument with a caller who despises the Duchess of Sussex because she makes him think of his “high maintenance” and “attention-seeking” ex-girlfriends.

The Duchess of Sussex is causing one of James O’Brien’s callers a lot of stress, as he claims she makes him think of his ex-girlfriends.

Richard in Chelmsford began: “Hello James, I’ve been looking forward to this.”

“I don’t think [the anger towards the Duchess of Sussex] is about the curtsey itself…I think it’s about the sort of character that she is, which is obviously quite vindictive”, he continued.

“It’s evident that she has split up with a few partners in the past” the Chelmsford caller added, saying one of them was going to “further her career”.

Richard then mentioned that he had been out with “high maintenance” and “attention-seeking” women and compared them to Meghan.

James said: “Okay, why are you giving her so much attention?”

The caller then started to talk about “people who won’t be able to heat their homes” and suggested James should spend more time talking about them than Harry and Meghan.

“Why have you never rung me about them?” O’Brien asked, before pointing out that “we were talking about them yesterday”.

“You don’t care about the people you prepare to care about…you’re a liar and a bully”, Richard insisted, before asking James for a “clever comeback”.

“How do you feel about the people who bully Meghan?” he continued.

“Oh okay – but you’ve rung in to assassinate her character because she reminds you of your ex”, James jabbed.

“I’m really not mate – there’s a tape!” James said, before allowing prolonged periods of silence to elapse as the humiliated caller stumbled through a series of irrelevant points.

Another caller before Richard also found herself in knots after saying she didn’t understand the “fuss” about the couple, but in calling LBC to add to the “fuss”, O’Brien pointed out her glaring self-contradiction.