The march was expected to draw at least 15,000 people, making it the largest postal workers' protest in recent memory. 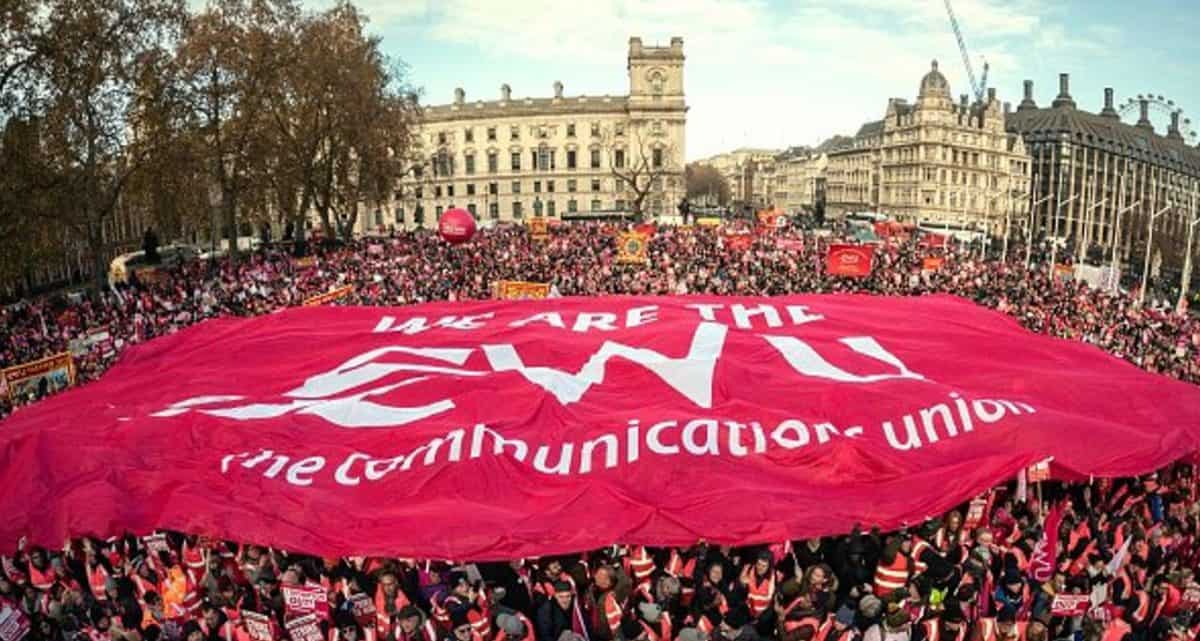 On Friday, thousands of Royal Mail employees gathered in front of Parliament to mark a new strike in the increasingly contentious conflict over jobs, wages, and working conditions.

The march was expected to draw at least 15,000 people, according to members of the Communication Workers Union (CWU), making it the largest postal workers’ protest in recent memory.

Many people in the boisterous crowd could be seen brandishing placards that read “save our Royal Mail” and “strike to win” while also waving flags and donning pink hi-vis vests.

There is little indication that the protracted dispute will be resolved anytime soon, therefore CWU General Secretary Dave Ward joined one of the numerous picket lines that were set up outside Royal Mail offices around the nation.

On Sunday, Wednesday, and Thursday of next week, there will also be strikes.