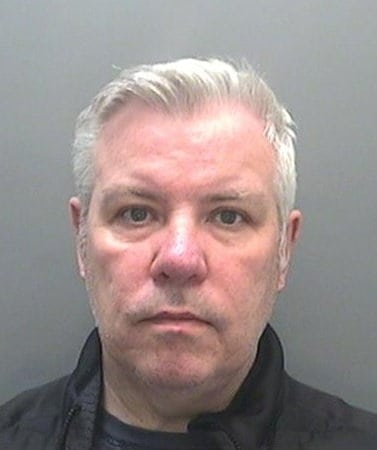 A police officer has admitted spending more than a decade downloading and viewing indecent images of children.

Stephen McGoldrick, 50, was arrested by his own force, Gloucestershire Constabulary,
after indecent images were found on his mobile phone in April.

Officers then seized multiple devices belonging to McGoldrick, including a laptop and USB flash drives, containing more than 9,000 incriminating images.

McGoldrick pleaded guilty to five counts of making indecent images of children, between 2008 and 2019, at Bristol Magistrates’ Court on Tuesday (13).

McGoldrick was suspended from the force as soon as the allegations came to light and resigned when charged with the offences.

Detective Chief Inspector Chris Hanson, of the Gloucestershire Constabulary, said: “These were very serious offences involving the abuse of innocent children who we should be seeking to protect.

“This abhorrent crime is completely unacceptable, and seems even worse when committed by a police officer who should hold a place of trust and respect in the community.

“There is certainly no place for individuals like this within Gloucestershire Constabulary.”

McGoldrick, who is due to face misconduct proceedings, was bailed to appear for sentence at Bristol Crown Court on September 11.

Bail conditions include having no contact with persons under the age of 18 and having to reside at a specified address, which is not in Gloucestershire.