Saadallah is due to appear at Westminster Magistrates’ Court on Monday. 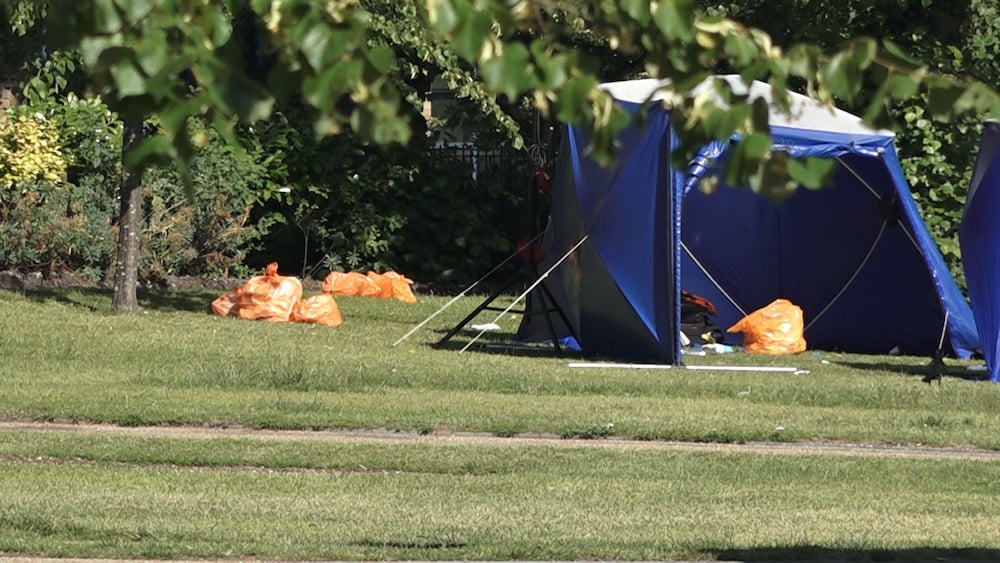 A man has been charged after three men died and several others were injured in a knife attack in Reading.

James Furlong, 36, and his friends David Wails and Joseph Ritchie-Bennett died after the incident in the Berkshire town’s Forbury Gardens shortly before 7pm on June 20.

Saadallah is due to appear at Westminster Magistrates’ Court on Monday.

A further three people were taken to hospital for treatment for their injuries and have since been released from hospital.

Meanwhile, the family of one of the three men killed have praised police for their “remarkable bravery” ahead of a vigil in memory of the victims.

Reading Borough Council is due to hold the vigil at 7pm, marking a week since the deadly attack.

Mr Furlong’s family said: “We would like to start by thanking the police for their ongoing help, including their remarkable bravery. They have been a pillar of support.

“Equally, we would like to express our gratitude to the emergency services, members of the public and the wider Reading community, who did all they could to help and save the lives of those who had been injured that night.”

The statement added: “To James’ colleagues and pupils at the Holt School: he spoke often of how much he loved where he worked and his passion for developing the students. He cared so much and was very proud of each and every one of you.

“James was passionate about creating a more loving and caring society. His time with us was cut far too short but the impact he made will live on, long long into the future. His family, his friends and those who have met him – he made us all a better person.

“We are so proud of him. James was, and always will be, so very much loved by us all.”

The family of Mr Ritchie-Bennett also released a statement, telling of their “deep sorrow”.

The statement said: “We LOVED (sic) Joe so much and we are in such deep sorrow. We need all the prayers for Joe and the Ritchie and Bennett families.”

Saturday night’s vigil, which will be streamed online on the council’s Facebook page, will include the lighting of a remembrance candle and messages from the community read by the Mayor of Reading.

People are asked to light a candle on their doorsteps or have a light in their windows as part of the vigil.

The council is holding the event online due to social distancing requirements and the restrictions on gatherings in public.

Reading Borough Council reassured those affected by the attack that they will hold in-person remembrance events in the future when social distancing allows.

They have also opened an online book of condolence for people to pay tributes to the three men.

The Head of Counter Terrorism Policing, Assistant Commissioner Neil Basu, said: “The news that our colleagues at CTP South East, along with the Crown Prosecution Service, have succeeded in bringing charges in this case means that I cannot talk further about that incident specifically, but I can and will reiterate the need for all of us to think about our collective effort to protect the UK from further atrocities – especially as the lockdown eases.

“When the worst happens, it can leave us wondering what we can do to better protect ourselves and those we love from this threat.

“But I want to stress once again that you can and should play your part in protecting yourself and others from the scourge of terrorism.

“As we begin to return to normal, and public places become more crowded, we must be vigilant to the ongoing threat. If you see any suspicious activity, don’t hesitate to ACT – report it.”

Elsewhere, an hour was dedicated to the three men, described as “friends of Reading Pride”, on the 24-hour live stream celebration, Global Pride, on Saturday.