New York officials announced the Black Lives Matter slogan would be painted in bold letters on the street in front of the president’s skyscraper. 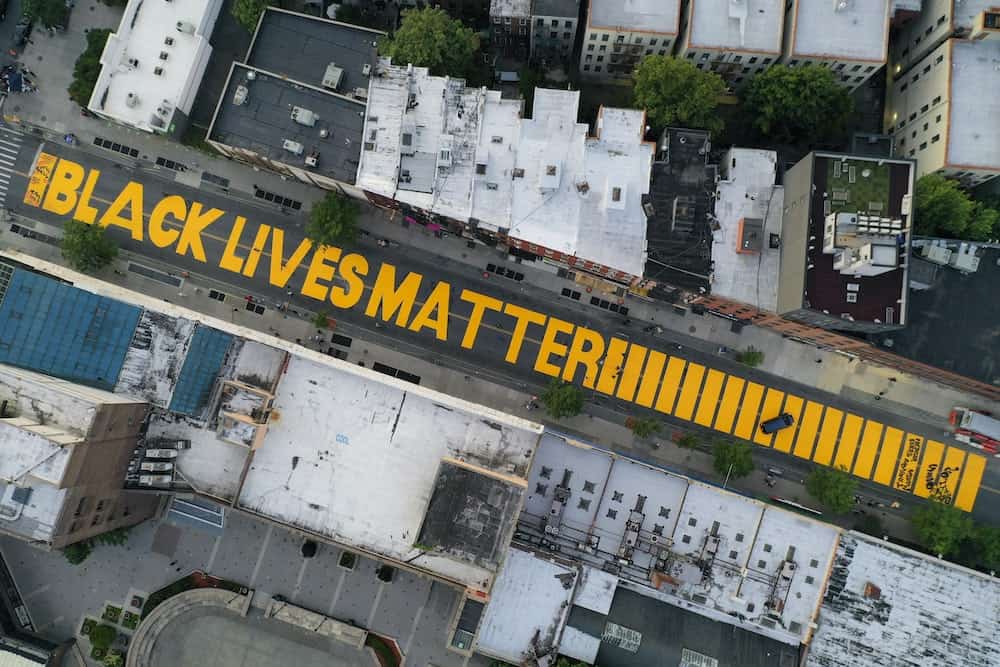 Donald Trump has taken issue with New York City mayor Bill de Blasio’s plan to paint “Black Lives Matter” in giant letters on the street in front of the US president’s Manhattan tower.

“’Pigs in a Blanket, Fry ’Em Like Bacon’, referring to killing Police, is their chant. NYC Police are furious!” his tweet said.

But that has not been a common chant at protests in New York or elsewhere since the death of George Floyd one month ago in Minneapolis.

City Hall officials announced that the Black Lives Matter rallying cry would be painted in bold letters on the street in front of the president’s skyscraper.

A spokeswoman for Mr de Blasio, Julia Arredondo said: “The president is a disgrace to the values we cherish in New York City. He can’t run or deny the reality we are facing, and any time he wants to set foot in the place he claims is his hometown, he should be reminded Black Lives Matter.”

Mr de Blasio announced earlier this month that the city would paint “Black Lives Matter” on streets at locations around the city. The first such message was put on a street in Brooklyn. The announcement follows the move by officials in Washington DC, to paint the slogan in enormous yellow letters on the street leading to the White House.

Ms Arredondo said work will start in the coming week on the mural in front of Trump Tower, which was not on the city’s original list of locations.

Mr Trump lived in Trump Tower before he took office as president but has spent little time there since. He changed his official residence to Florida last year. His business empire still has its headquarters there.