"Fixed penalty notices: 126 Backbones: 148,' tweeted the Have I got News for You account to rub even more salt in Johnson's wounds. 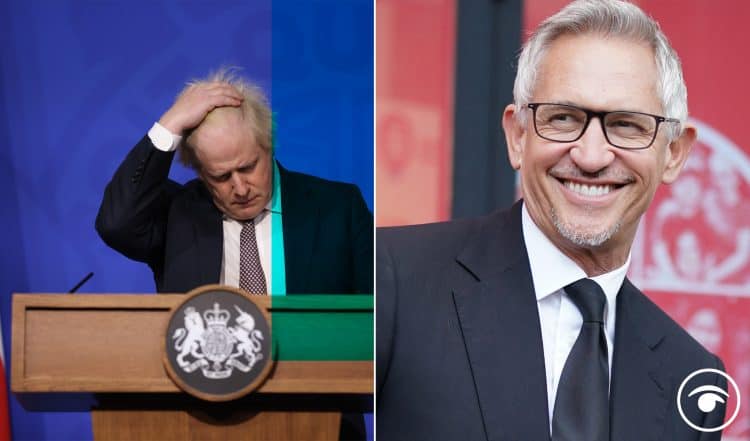 Former Conservative leader William Hague says Boris Johnson has experienced a “greater level of rejection” than any of his predecessors and should quit the premiership.

Tory MPs voted by 211 to 148 in support of the Prime Minister as part of a confidence vote which has left him wounded.

“While Johnson has survived the night, the damage done to his premiership is severe,” Lord Hague wrote in The Times.

“Deep inside, he should recognise that, and turn his mind to getting out in a way that spares party and country such agonies and uncertainties.”

But the Prime Minister told reporters in Downing Street: “I think it’s an extremely good, positive, conclusive, decisive result which enables us to move on, to unite and to focus on delivery and that is exactly what we are going to do.”

These comments from Rees Mogg will come back to haunt him.

Here are some stats to compare and contrast.

And a nice graph.

Does this pic from the 1990 World Cup, replacing Gazza with Johnson sum the night up for you?