‘Night of the blond knives:’ All papers slam PM but with two notable exceptions

The national papers all focus on the result of the confidence vote on the Prime Minister. 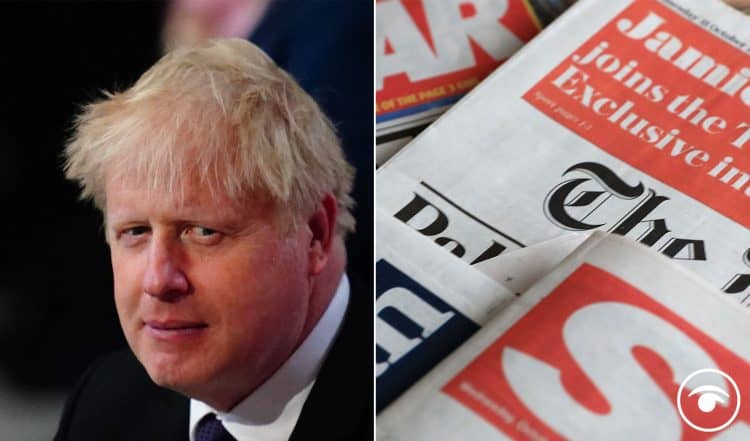 Boris Johnson is set to meet his Cabinet on Tuesday as he seeks to keep his premiership afloat by putting a bruising confidence ballot firmly behind him.

The Prime Minister insisted he had secured a “decisive” victory despite 148 of his own MPs voting to oust him on Monday night, arguing the Government could now “move on” and focus on what “really matters to people”.

He also poured cold water on the prospect of a snap election, saying he was “certainly not interested” in the idea.

Questions continue about Boris Johnson’s leadership after a poll by his party, according to the front pages.

The Sun says the PM has “just” survived the “night of the blond knives”, The Guardian describes the confidence vote as a “humiliation” and The Daily Telegraph reports the “hollow victory” has left Mr Johnson’s authority “crushed”.

However, the Express and Mail still think he is battling on and maybe has a chance to remain in the top job long term.

Metro and the Daily Mirror declare the party is “over”, with the latter paper warning the 57-year-old will be “out in a year”.

The Financial Times, i and The Times describe the PM as “wounded”, while the Daily Star says the “Fibber PM” has survived to “lie another day”.

The Daily Express reports the PM is “defiant and unbowed” as the Daily Mail quotes Mr Johnson as vowing to “bash on” and “focus on the things that people want”.

And The Independent looks ahead to Mr Johnson potentially facing further blows in two key by-elections in Wakefield and Tiverton and Honiton later this month.