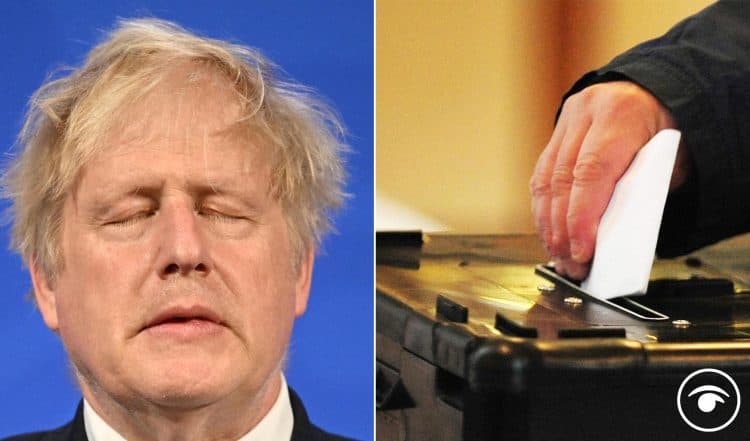 A Cabinet ally of Boris Johnson said there was a “very well-organised” campaign to oust him despite a lack of evidence for the claim.

Culture Secretary Nadine Dorries said anyone denying a co-ordinated plot was “not telling you the truth”.

But Sir Graham Brady, chairman of the backbench 1922 Committee which oversees the confidence vote process, said he was “not aware of any orchestrated campaign”.

The whole process will be overseen by Sir Graham Brady, chairman of the 1922 Committee, who said he runs a “tight ship” – he was also in that position when Mrs May faced the same ordeal during her turbulent leadership.

The PM reminded Conservatives that “under my leadership” the party had won its biggest electoral victory in 40 years.

He warned them that Tory splits risked the “utter disaster” of Sir Keir Starmer’s Labour entering Downing Street, propped up by the SNP.

“The only way we will let that happen is if we were so foolish as to descend into some pointless fratricidal debate about the future of our party,” he said, according to briefed extracts of his speech to the private meeting of Tory MPs.

In his separate letter to Conservatives, Mr Johnson said: “Tonight we have the chance to end weeks of media speculation and take this country forward, immediately, as one united party.”

A No 10 spokeswoman added: “Tonight is a chance to end months of speculation and allow the Government to draw a line and move on, delivering on the people’s priorities.

“The PM welcomes the opportunity to make his case to MPs and will remind them that when they’re united and focused on the issues that matter to voters there is no more formidable political force.”

MPs will file through the committee room between 6pm and 8pm to vote with the ballots then counted by the officers of the 1922 Committee.

The Prime Minister will be informed of the result shortly before the formal announcement, which will be made just down the committee corridor in Room 14 at 9pm.

So what have people been saying about this today?

And then there is this…

Related: Watch: ‘I remember filming this episode of The Thick of It,’ comedy star lampoons Tory MP