Boris Johnson has won the vote but it doesn't mean he is out of the woods. 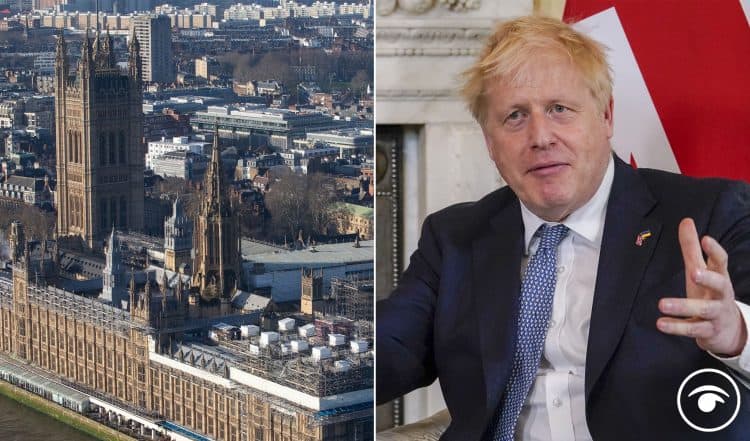 Led By Donkeys warned Tory MPs about voting for the PM with this video of the PM’s timeline.

The ballot was triggered after at least 54 MPs – 15% of the party’s representatives in the Commons – said they had no confidence in the Prime Minister.

Mr Johnson wrote to Tory MPs and addressed them at a private meeting in Westminster in the hours before voting began.

He told the meeting that “under my leadership” the party had won its biggest electoral victory in 40 years, and pledged future tax cuts, with Chancellor Rishi Sunak expected to say more in the coming weeks.

He warned them that Tory splits risked the “utter disaster” of Sir Keir Starmer’s Labour entering Downing Street, propped up by the SNP.

“The only way we will let that happen is if we were so foolish as to descend into some pointless fratricidal debate about the future of our party,” he said.

He told Tory MPs “I understand the anxieties of people who have triggered this vote” but “I humbly submit to you that this is not the moment for a leisurely and entirely unforced domestic political drama and months and months of vacillation from the UK”.

In an attempt to win round low-tax Tories, Mr Johnson had said: “The way out now is to drive supply side reform on Conservative principles and to cut taxes.”

The Prime Minister took five questions during the meeting, two of which were “hostile”, a senior party source said.

Tory former chief whip Mark Harper said that if the PM stayed in post he would be asking MPs to “defend the indefensible”.

Emerging from the meeting, Foreign Office minister James Cleverly said Mr Johnson’s address had been “light on jokes”, with the Prime Minister in “serious mode”.

He said he expected the Prime Minister to win, as the alternative was a “protracted period of introspection”.

What do the figures mean?