As the nation is suffering a cost of living crisis should we really spend so much money on the celebration? 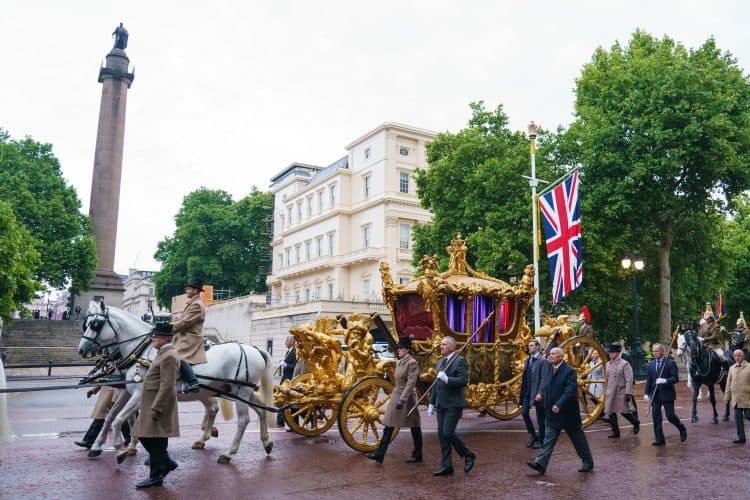 The gold state coach on The Mall during an early morning rehearsal. Credit;PA

The Queen’s four-day Platinum Jubilee celebrations will begin with the pomp and pageantry of the Trooping the Colour ceremony.

After 70 years of service for the country and Commonwealth, thousands of well-wishers will take to the streets over the extended bank holiday weekend to mark the monarch’s milestone.

The once in a lifetime event will see members of the monarchy, celebrities from the UK and across the globe, and people from all parts of the UK gather to recognise the Queen’s legacy.

But how much is all this costing us?

Rishi Sunak has injected £28 million of taxpayers’ money into the celebrations, according to the March 2021 budget.

The Department of Digital, Culture, Media and Sport submitted evidence to the DCMS select committee inquiry on major cultural and sporting events in May 2021, and said: “The government recognises the importance and value of hosting major events and is investing almost £1 billion in staging celebratory events to mark Her Majesty The Queen’s Platinum Jubilee, Birmingham 2022 Commonwealth Games and Festival UK* 2022 (the Festival) next year.”

The department for digital, culture, media and sport (DCMS)’s notes that the 2002 Golden Jubilee saw GDP as a whole drop by 2.2% month-on-month, and the 2012 Diamond Jubilee saw a 1.5% drop in monthly GDP.

This comes down to the extended four-day bank holiday, which reduces output temporarily and sees the majority of businesses close for the celebration.

The DCMS claimed: “A best estimate for the final monetised impact is -£2.39 billion net present value for a Platinum Jubilee bank holiday in 2022.

However, these stats are often used to work out the lost income during every bank holiday, for whatever reason, so be careful what you wish for!