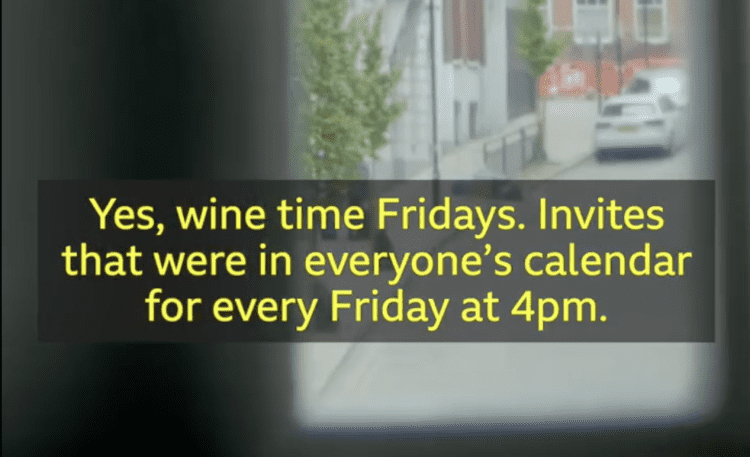 There are going to be even more revelations of wild parties at Downing Street which will further increase pressure on Boris Johnson.

BBC Panorama have spoken to Insiders at Downing Street lockdown parties have described how staff crowded together, sat on each other’s laps and mocked colleagues who tried to stop what was going on.

People who attended the rule-breaking events have detailed how the parties happened with the PM’s ‘implicit permission’.

The whistleblowers described arriving for work the morning after a get-together to find bottles lying around parts of the building, bins overflowing with rubbish and empties left on the table.

They said some parties went on so late that people ended up staying in Downing Street all night.

And they say staff mocked others who tried to stop what was going on.

The insiders admit that events were routine. “They were every week,” one says. “The event invites for Friday press office drinks were just nailed into the diary.”

The invitation was known as “WTF” – meaning “Wine-Time Friday” and a reference to a less polite acronym.

The drinks were often scheduled in No 10 for 4pm. Sources say Friday drinks had been a tradition in Whitehall for some time.

But drinking wasn’t limited to Fridays. One former official describes turning up at work in No 10 often to find “A mess! There were bottles, empties, rubbish – in the bin, but overflowing – or indeed sometimes left on the table.”

You can watch the programme, Partygate: Inside the Storm on BBC 2 tonight at 7pm on BBC 2, on iPlayer.