The Duke of Sussex sued Associated Newspapers after the paper ran an article about his claim over his security arrangements when he is in the UK. 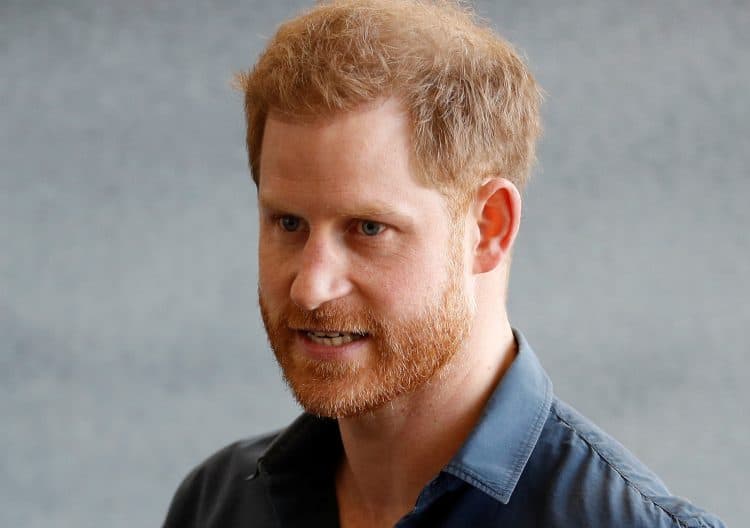 It comes as the Mail’s front page this morning has been seen as more than a bit hysterical.

Harry is suing Associated Newspapers Limited (ANL) after the paper ran a story following the first hearing in the duke’s separate High Court claim over his security arrangements when he is in the UK.

The piece was published in February under the headline: “Exclusive: How Prince Harry tried to keep his legal fight with the government over police bodyguards a secret… then – just minutes after the story broke – his PR machine tried to put a positive spin on the dispute.”

At a preliminary hearing in June, Mr Justice Nicklin was asked to determine the “natural and ordinary” meaning of the article and whether it was defamatory.

In a ruling on Friday, the judge ruled the article was defamatory, later adding this was “very much the first phase” of the libel claim.

Mr Justice Nicklin said a normal reader would understand from the article that Harry “was responsible for public statements, issued on his behalf, which claimed that he was willing to pay for police protection in the UK, and that his legal challenge was to the Government’s refusal to permit him to do so, whereas the true position, as revealed in documents filed in the legal proceedings, was that he had only made the offer to pay after the proceedings had commenced”.

He also said the article would have been read as giving the opinion that Harry “was responsible for trying to mislead and confuse the public as to the true position, which was ironic given that he now held a public role in tackling ‘misinformation’”.

Mr Justice Nicklin added: “It may be possible to ‘spin’ facts in a way that does not mislead, but the allegation being made in the article was very much that the object was to mislead the public.

“That supplies the necessary element to make the meanings defamatory at common law.”

The senior judge also found that the article did not suggest that Harry “was seeking to keep his ‘legal battle’ with the Government secret”, though this might be suggested by the headline if read alone.

He continued: “Read as a whole, the article was quite clear that he was seeking certain confidentiality restrictions in relation to ‘documents and witness statements’ in the proceedings, not blanket secrecy on the whole claim.”

The judge found that an ordinary reader would understand the article to mean that Harry “had initially sought confidentiality restrictions that were far-reaching and unjustifiably wide and were rightly challenged by the Home Office”.

Friday’s judgment only relates to the “objective meaning” of the article, Mr Justice Nicklin said. ANL will now have the opportunity to file a defence to the duke’s claim.

Harry’s lawyers previously argued the article was defamatory and meant that Harry had “lied”, had “improperly and cynically” tried to manipulate public opinion and had “tried to keep his legal fight with the Government secret from the public”.

However, in his judgment on Friday, Mr Justice Nicklin rejected the argument the article accused Harry of lying.

He said: “The article does not make that blunt allegation, whether expressly or by implication. The hypothetical ordinary reasonable reader would understand the difference, as a matter of fact, between ‘spinning’ facts and ‘lying’.”

Lawyers for ANL had argued the focus of the article was on statements put out by Harry’s “PR machine” rather than by the duke himself.

However, Mr Justice Nicklin disagreed, ruling: “Of course, it is possible that the public statements issued on the claimant’s behalf by the ‘PR machine’ were done without his knowledge or approval, but that is not the ordinary reading of the article.

“A reader could expect, if that was the message being conveyed, that it would be made clear.

“Without that clarification, the natural reaction of the reader would be that the claimant was responsible for the public statements issued on his behalf.”

Mr Justice Nicklin said parts of the article would have been seen to be expressions of opinions, including the criticism of “unjustifiably wide” confidentiality restrictions.

Harry is bringing his High Court challenge against the Home Office after being told he would no longer be given the “same degree” of personal protective security when visiting from the US, despite offering to pay for it himself.

On Thursday, lawyers for Harry asked a High Court judge to grant permission for a full judicial review of the decision of the Executive Committee for the Protection of Royalty and Public Figures (Ravec) – which falls under the remit of the Home Office.

A decision on whether this claim can proceed will be given at a later date.