"Carrie Johnson faces a race against time after buying a wallpaper steamer from Tesco," joked the Have I got News For You Twitter account. 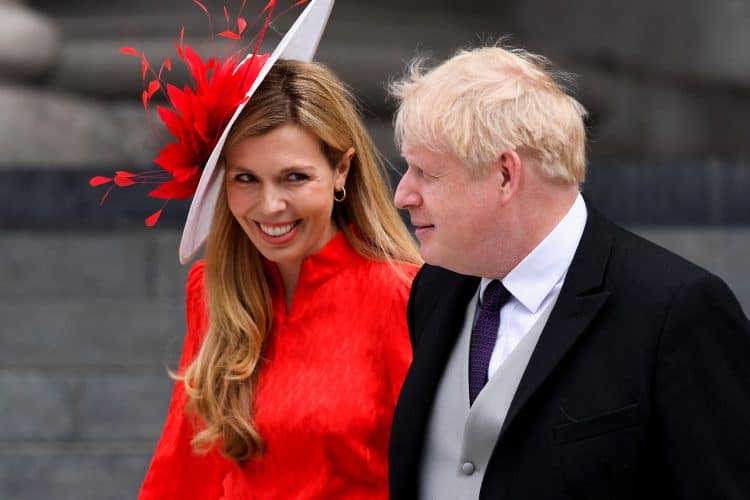 The Prime Minister’s controversial refurbishment of his official Downing Street flat cost more than £200,000, a leaked copy of the invoice suggests.

Items ordered by Boris and Carrie Johnson for their No 11 apartment from interior designer Lulu Lytle’s upmarket Soane Britain firm included a £7,000 rug and 10 rolls of wallpaper costing £225 each, the document, obtained by The Independent, indicates.

The reports are likely to reopen controversy surrounding the lavish flat overhaul and how it was funded.

This joke tweet has gone viral about the cost.

The Cabinet Office, which reportedly leaked the invoice, refused to comment, as did Soane Britain.

The flat revamp was one in a series of scandals surrounding Mr Johnson’s leadership which ultimately led to his party turning against him and forcing his dramatic resignation on Thursday.

In May 2021, Mr Johnson asked his then-adviser on ministerial interests, Lord Geidt, to investigate claims that he had secretly asked Tory donors to foot the bill for the redecoration, which far exceeded the £30,000 annual public grant afforded to the Prime Minister to spend on his living quarters.

Lord Geidt cleared Mr Johnson of breaching the Ministerial Code, and said that, when Mr Johnson learned the bill had been settled by the Conservative Party – including with a donation from Tory donor Lord Brownlow – he reimbursed them out of his own pocket.

However, a further investigation by the Electoral Commission resulted in the party being fined £17,800 for failing to properly declare a £67,000 donation from a firm controlled by Lord Brownlow.

It also revealed that Mr Johnson had exchanged WhatsApp messages with Lord Brownlow about the revamp in November 2020 which had not been disclosed to Lord Geidt.

This raised questions about what Mr Johnson knew about the source of the donations, and whether Lord Brownlow was able to get access to ministers in return for helping to bankroll the work.

Mr Johnson was at the time reported to have complained that the cost was “totally out of control” and that his then-fiancee Carrie Symonds was “buying gold wallpaper”.

Ms Symonds, as she was then, reportedly saw the overhaul as necessary to rid the Prime Minister’s residence of the “John Lewis nightmare” left behind by former occupant Theresa May.

Related: Stephen Merchant offered to play Rees-Mogg and the rest of cast came together