We think the Daily Mail needs a lie-down and nice cup of tea after seeing this morning's front page. 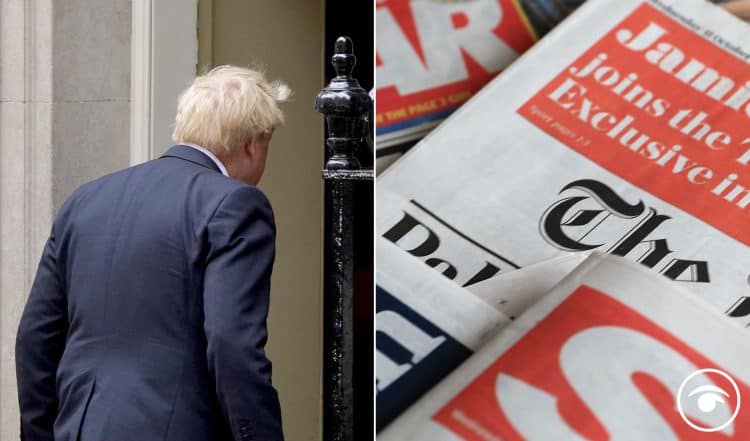 The Prime Minister is told “leave means leave” after he dramatically resigned but indicated he will stay in No 10 throughout the summer.

It was this point that was the talk of some of the papers, some right-wing ones thanked him for Brexit, but the Daily Mail just needs a lie-down and a nice cup of tea.

“It’s (almost) over” states The Guardian.

The Financial Times notes Boris Johnson was “defiant to the end”.

While The Times says Mr Johnson “throws in (the) towel”, as the i marks his “Downfall”.

“Leave means leave” Metro and the Daily Mirror tell the PM, with unnamed sources telling the latter paper the politician is sticking around partly to hold a lavish wedding bash at Chequers.

Senior Tories have warned The Daily Telegraph the “long goodbye” threatens to leave the UK in a “state of paralysis” as they urge the appointment of a caretaker PM.

“Going… but still in No 10”, says The Independent, which also covers concerns about the months ahead without a proper leader.

The Daily Mail shows a photograph of the PM embracing his wife Carrie and son Wilfred above the headline question “What the hell have they done?”

The Sun carries the same image of the trio, with the paper saying “Kiss goodbye… and thanks for the Brexit, Boris”.

The Daily Express also expresses its gratitude to Mr Johnson, writing in its headline: “Thank you Boris… You gave Britain back its freedom.”

And the Daily Star lists the full legacy of “Bozo” as him having a “cute dog, being a “good party organiser” and choosing “nice wallpaper”.