In an ageing labour market, the arrival of young, highly educated migrants has been a boon for Germany. 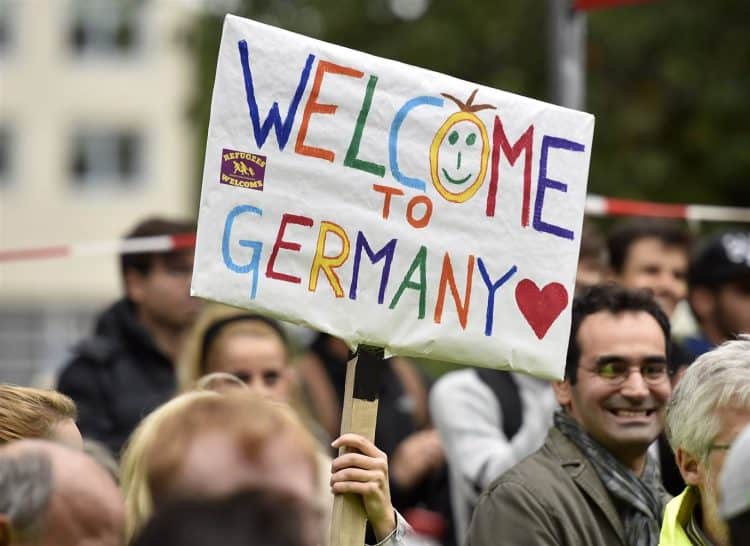 One million refugees displaced by war and terrorism in Syria, Afghanistan and Iraq are “thriving” in Germany, according to the latest report by the Centre for Global Development.

In 2015 chancellor Angela Merkel announced the country would take in an unprecedented number of refugees, defiantly stating “we can do this!” as the country received more than one million first-time asylum applications.

Five years later, over half of these refugees have found a job, and public support for immigration remains high.

Of those arriving in Germany, 75 per cent are younger than 40, and most have higher levels of education than other migrants.

On arrival, only about one per cent declared having good or very good German language skills. By 2018, that figure had increased to 44 per cent.

Such contributions are badly needed within an ageing German labour market, which is facing skill shortages and needs trained migrant labour.

Such successful integration also has impacted the local German population.

It has also mobilized civil society. A survey by the Allensbach Institute for Public Opinion Research suggests that 55 per cent of Germans have contributed to the integration of refugees since 2015, either financially or through their own involvement in supportive actions.

Such engagement has increased support for migrant populations overall and has demonstrated the success of Merkel’s move.

Commenting on the figures, Helen Dempster, a policy fellow and assistant program director for migration, displacement, and humanitarian policy said:

“The figures discussed above show that Merkel’s decision to admit one million refugees in 2015 has had immense economic and social benefits for Germany, while providing needed support to a vulnerable population.

“Targeted progress on integration barriers such as skills certification and those disproportionately affecting women, would do even more to magnify this impact.”

Record numbers in the UK

In the UK, there has been a record number of refugees making the dangerous journey across the English Channel in small boats.

More than 25,000 people have made the trip, leading to tensions between the UK and France.

Last week it was announced Priti Patel was “no longer invited” to talks on the migrant crisis with France after Boris Johnson “went public” with a letter to president Emmanuel Macron.

In an escalation of the political crisis after the deaths of 27 people in the Channel, Gérald Darmanin said France was disappointed by the letter, which set out a five-step plan for tackling the surge in crossings.

“Making it public made it even worse,” Darmanin said in a statement.

“We consider the British prime minister’s public letter unacceptable and counter to our discussions between partners.

“As a result Priti Patel is no longer invited,” he added.