Emergency services were called to a row of shops at around 1.30pm today (Wed) following the terrifying attack in Great Barr, Birmingham. 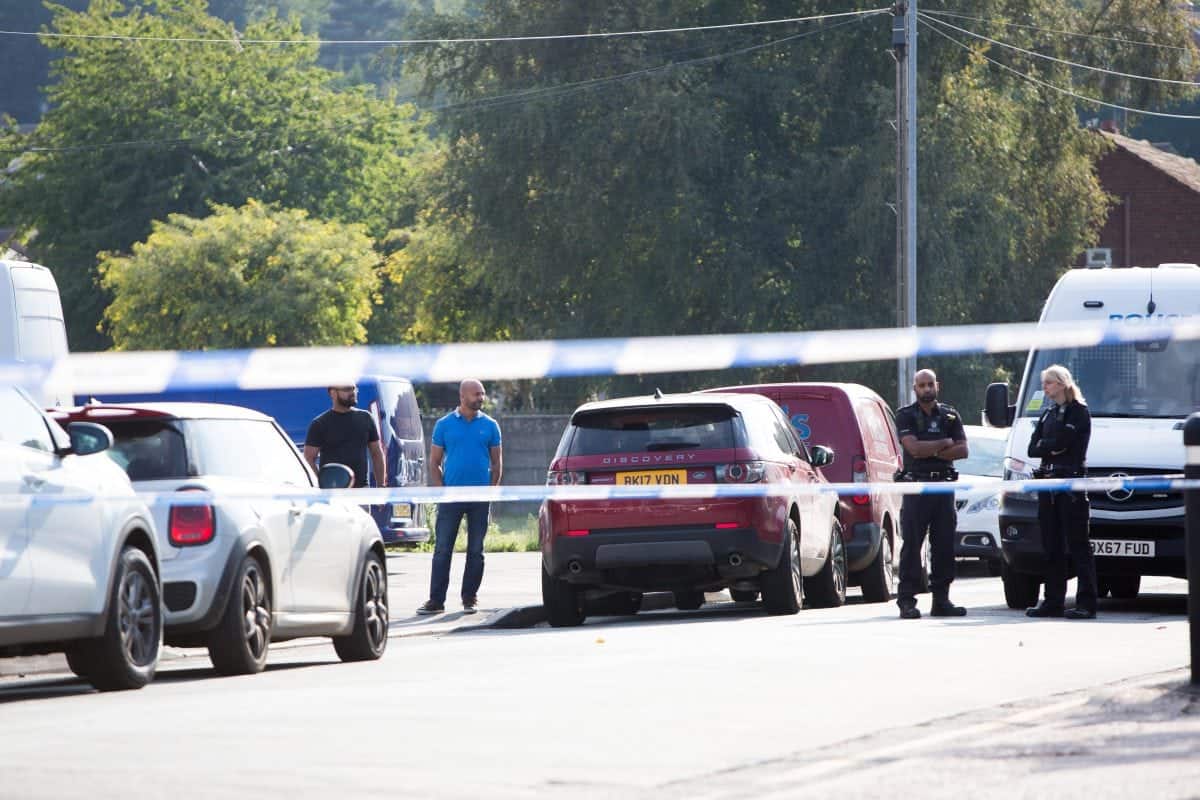 An off-duty police officer was taken to hospital with serious injuries after being stabbed during a broad daylight botched carjacking.

Emergency services were called to a row of shops at around 1.30pm on Wednesday following the terrifying attack in Great Barr, Birmingham.

A masked man approached the cop wielding a blade and knifed him in the stomach after demanding: “Give me the keys.”

Paramedics and an air ambulance were called to the scene before the man, who has not been named, was taken to hospital.

Witness Suki Kumari, who runs nearby Salon De Beaut, said: “The guy had just been to the post office for a drink when he was attacked just as he was getting in his mini.

“There was one guy with a mask on, and I think he was with another man as well, and they were saying ‘Give me the keys, give me the keys.’

“When he refused he ran off and one bloke chased him and stabbed him with a knife, he seemed to have wrapped around a white bag to avoid fingerprints, I guess.

“He was stabbed in the ribs and he came up right against my shop. There was a terrified old lady standing there and she ran away. 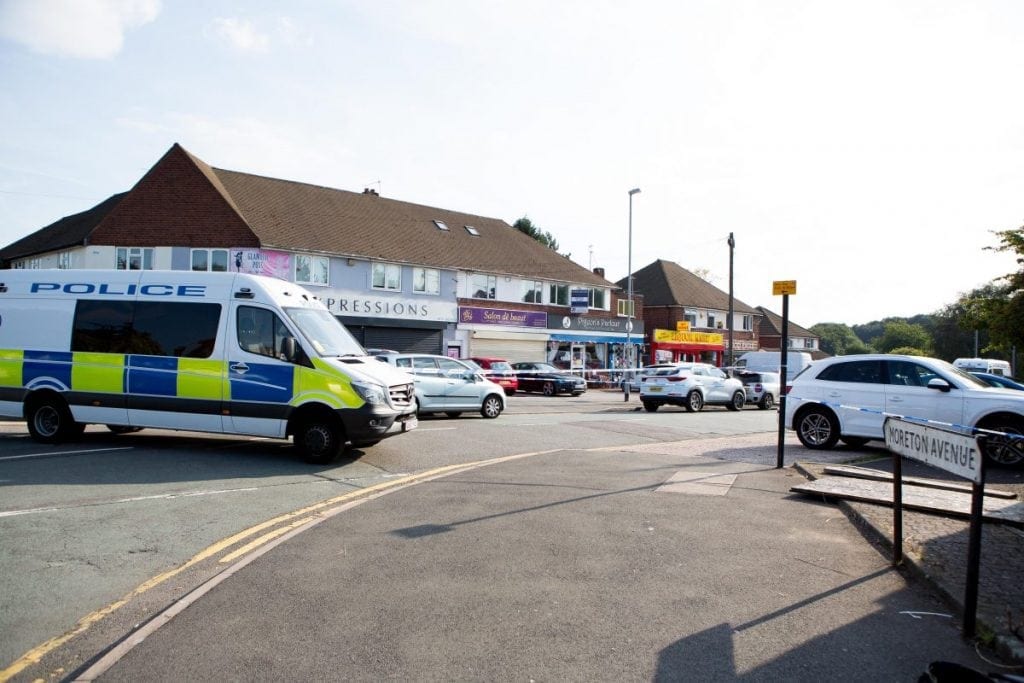 “I opened the window as I was about to shout at them to get away from my car and then I realised what was happening.

“At first I though he was punching him in the stomach and then I realised it was more serious than that and he was being stabbed.

“He ran into an estate agents in shock and the offenders fled in a Ford Fiesta. It was terrifying.”

Another worker at a nearby shop, who did not want to be named, said: “He said he was an off duty police officer and was aged in his 20s or early 30s.

“He was very shaken up by what had happened but was conscious and talking.”

Police cordoned off part of Queslett Road opposite the Old Horns pub, where the attack took place at the junction of Moreton Road.

A West Midlands Police spokesperson said: “Police were called to reports of a stabbing on Moreton Avenue shortly after 1.30pm today (5 September).

“A man in his 20s was walking down the road when he was approached by a man demanding the keys to his car, before he was stabbed in the chest.

“He has been taken to hospital, where he is being treated for his injuries, which are not believed to be life threatening or life changing.

“The offender made off from the scene in a dark blue Ford Fiesta. 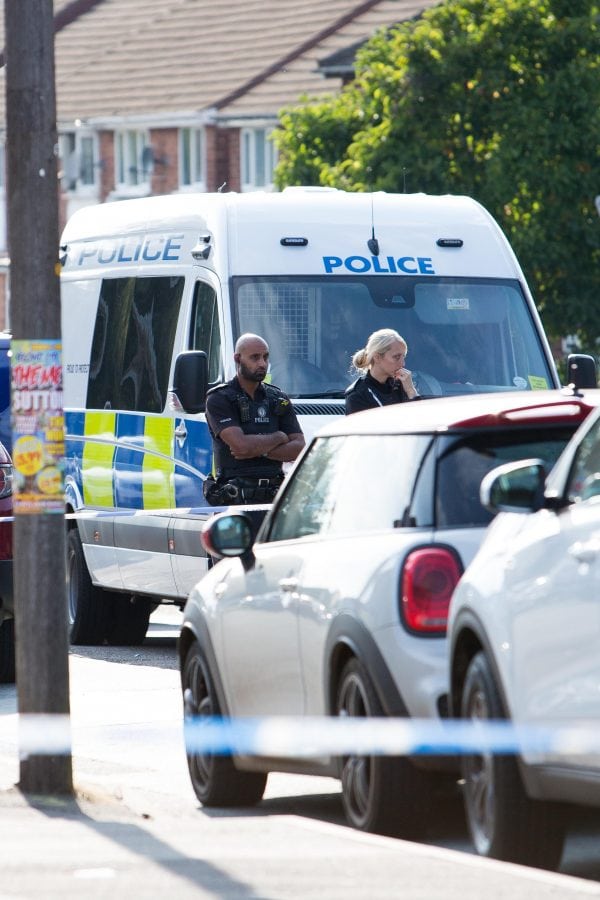 “Anyone with information is urged to contact West Midlands Police either via Live Chat at west-midlands.police.uk between 8am to 9pm, call 101 anytime or contact Crimestoppers anonymously on 0800 555 111.” 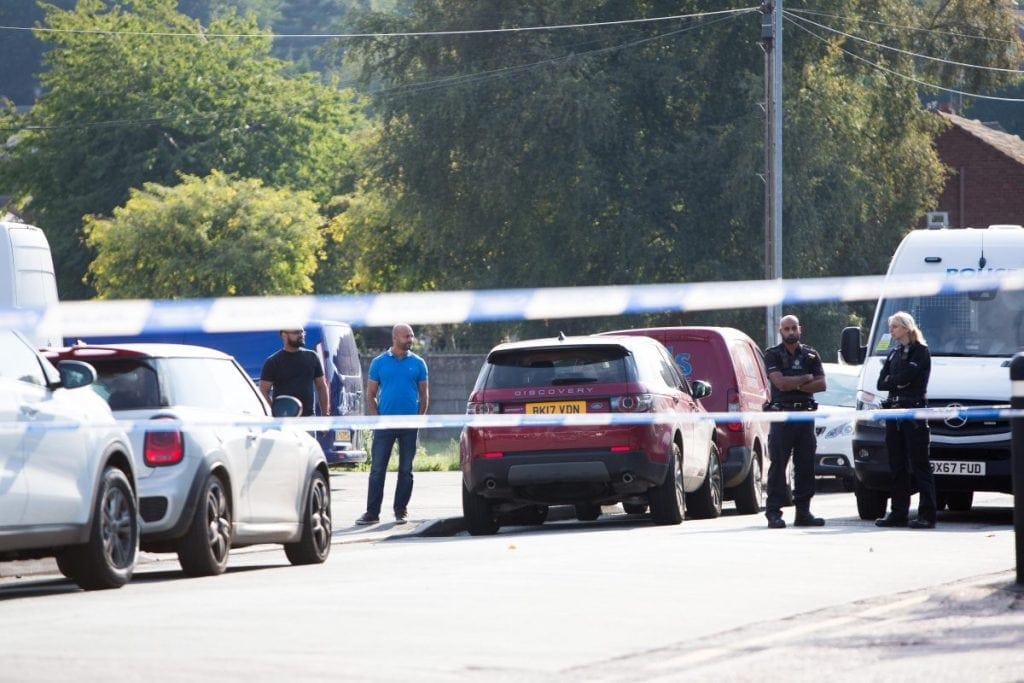 “A man was given treatment on scene for serious injuries before being transferred by land ambulance on blue lights to hospital for further treatment.”