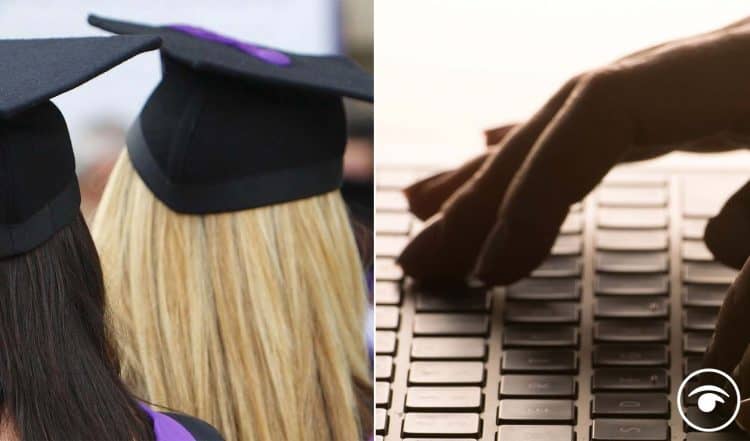 England has the highest undergraduate university tuition fees in the developed world, but institutions may struggle to sustain charging such costs to students if online provision remains, an education expert has warned.

Andreas Schleicher, director of education and skills at the Organisation for Economic Co-operation and Development (OECD), said students go to university to meet people and “experience the social life of campus” and it will be a “real challenge” for universities if they keep learning online.

The largest rise over the past decade has been in England where fees have tripled, according to the OECD’s latest education at a glance study.

The findings come as a number of universities across the country are planning to keep lectures online this term as they adopt a blended approach to learning, with a mix of in-person and online teaching.

The report, which looks at the state of education systems in 38 nations with developed economies, plus eight other countries, ranks England as having the “highest” tuition fees for bachelor’s degrees in publicly-funded universities across OECD countries with available data.

Universities in England can charge up to £9,250 per year for an undergraduate degree, and even more to overseas students.

The OECD report said: “National students in government-dependent private institutions in England were charged US 12,330 dollars per year for a bachelor’s degree in 2018/19.

“This was more than three times the amount that they were charged in 2009/10 on average, following reforms that raised the cap on tuition fees in 2012/13.”

When asked whether universities in England can justify charging such high tuition fees if some of the learning is kept online, Mr Schleicher told the PA news agency: “I do think that the value proposition of universities is being challenged in the age in which we live.

“I don’t think you can ask students to pay £9,000 for just these online lessons.

Speaking at the launch of the report in London, he added: “When it comes to online provision, I don’t think universities will really retain a monopoly. I think this is going to be a real challenge.

“I think either universities find a good way to do something meaningful that is actually personal, intensive and interactive and social, and then they can charge for that.

“Or if they just go digital, I wonder whether they will be able to maintain those costs.”

The OECD also found that the percentage of 25 to 64-year-olds who had attended higher education varies considerably by region in the UK, ranging from 38% in North East England to 68% in Greater London.

The report said this was one of the highest regional variations across OECD countries with available data.

Addressing the regional disparities, Mr Schleicher said: “If you live in a kind of remote environment, why would you study hard when there’s no credible, no high-skilled employer around you?

“I think that’s a very kind of dangerous environment because there’s no natural way for that to change.

On the impact on social mobility, Mr Schleicher said: “It means that there’s a lot of unused talent, a lot of people who have actually great potential do not invest in their education because they don’t see the sense of purpose out of it.”

A separate report by the OECD on the state of education 18 months into the pandemic has warned that Covid-19 could lead to a drop in overseas students, which may hit universities who rely on fees from their international intake.

It said: “While digital technologies have improved capacities for virtual learning, students may question the value of paying high fees to earn a degree abroad in uncertain times, particularly if that learning is to occur mostly online and they are no longer able to benefit from networking and access to a foreign labour market.”

But speaking at the launch, Mr Schleicher said the UK remains an “attractive place” for international students and that has not changed in the pandemic, but he added that the offer is there “for the wealthy”.

He said: “I think finding a fair balance to attract the most talented rather than the wealthiest foreign students and I think there is something to be learned from countries like the US, Japan and Korea who have made that more deliberate strategy in the last years.”

A Universities UK spokeswoman said: “UK universities are world-leading, with the benefits of obtaining a degree here wide-ranging. Graduates in England earn on average £10,000 more per year than non-graduates, and this is only one measure of success.

“The structure of the system in England means that no student pays fees up front and repayments are made based on a graduate’s ability to pay over their working life.”

She added: “The reality is that since 2015, universities have been doing more with less and making up the shortfall on the cost of teaching and support because fees have not kept pace with inflation.