The Office for National Statistics revealed that imports of goods into the UK from Russia also dived by 96.6 per cent to £33 million. 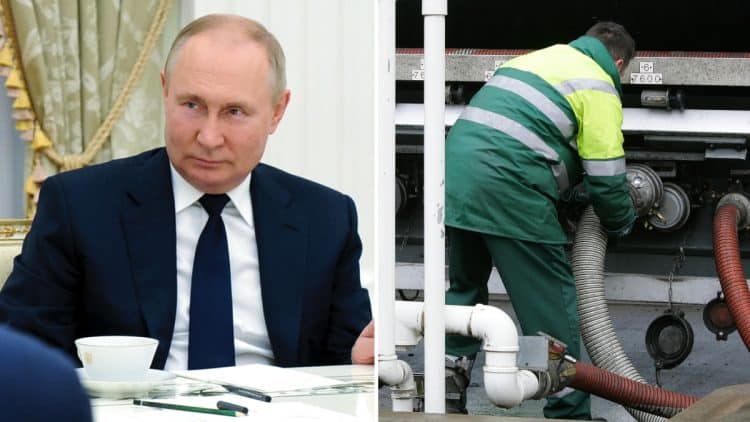 No fuel was imported from Russia to the UK in June for the first month on record as total imports plummeted, according to new figures.

The Office for National Statistics (ONS) revealed that imports of goods into the UK from Russia dived by 96.6 per cent to £33 million compared to average levels in the 12 months before Russia invaded Ukraine.

Imports were worth roughly £1.8 billion in February, the month when Russia launched its invasion, causing the Government to enforce a raft of sanctions.

It was the first time since records began in January 1997 that the UK did not import any fuels from Russia, with no transaction for refined oil, crude oil, gas, coal and coke.

The ONS said the plunge was driven by UK import bans on products from Russia, such as iron and steel, silver, gold, wood products and high-end goods.

Heavy tariffs were also placed on other items after the invasion was launched.

Researchers at the ONS said the significant fall in imports was also driven by “self-sanctioning, whereby traders voluntarily seek alternatives to Russian goods”.

Meanwhile, exports from the UK to Russia increased slightly in June compared with the previous month, the ONS said.

Exports were still, however, down 66.9 per cent in June compared to the average from the year before the conflict.

Most products saw exports dramatically drop, however chemical exports increased by £39.1 million, or 61.8 per cent, as pharmaceuticals and medicine were exempt from sanctions.