"Covid is horrendous – but it is temporary, Brexit is not." 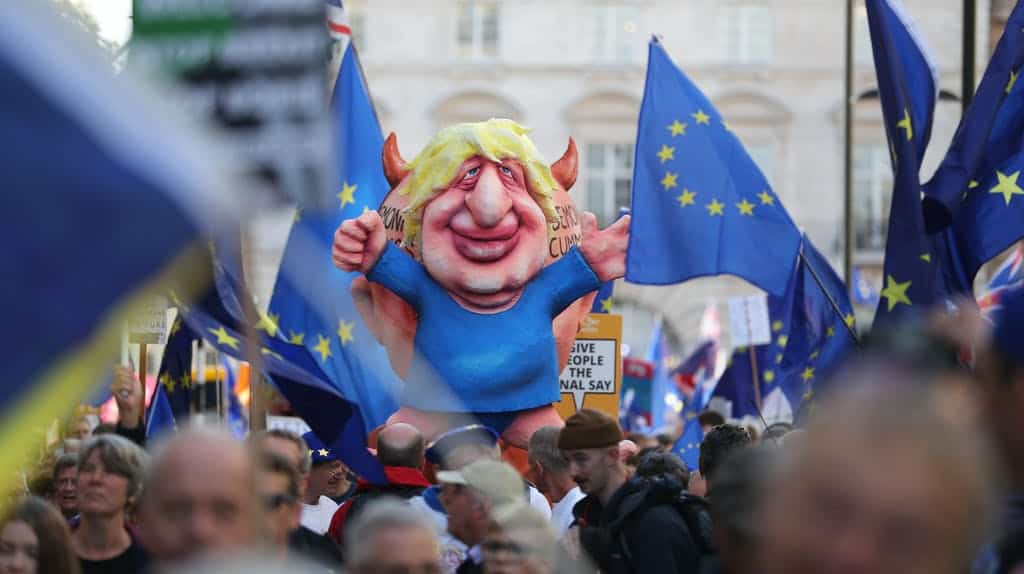 A no-deal Brexit would be an “act of huge economic negligence” that could cost Scotland’s food and drink industry £2 billion, an industry leader has warned.

James Withers, the chief executive of Scotland Food and Drink, said the ongoing uncertainty over the UK’s future relationship with the EU means some businesses are already stopping selling products there.

Coronavirus has also caused “huge losses for businesses who are way more fragile going into 2021 than they otherwise would have been”, he said.

He warned a no-deal Brexit on top of that could push some firms out of business.

Scotland normally exports about £1.2 billion worth of food to the EU every year, he said, adding having to resort to World Trade Organisation terms will be a “living nightmare for a lot of food and drink businesses”.

Mr Withers told the PA news agency: “The impact of tariffs could effectively end most of our red meat exports to Europe.

With more than 80% of Scottish red meat exports going to Europe, he said this trade could be “be wiped out overnight” after January 1.

He added: “Even for products where the tariffs are a lot lower, like seafood, that tariff could make the difference between profit and loss.

“This would be a nightmare in any normal year, on the back of a pandemic which has cost – we believe – the Scottish food and drink sector about £3 billion in lost sales this year, it could push some businesses to the edge.”

Scotland Food and Drink was part of a group of organisations that wrote to Prime Minister Boris Johnson requesting a six-month grace period be put in place.

They said this would mean businesses would not immediately feel the impact of the additional paperwork and checks that selling to Europe will bring after the transition period ends.

Mr Withers said there has been no formal response from Mr Johnson but ministers from both the Scotland Office and the Department for Environment, Food and Rural Affairs (Defra) have told him the idea is a “non-runner”.

He said: “At this stage, the industry cannot be ready for January 1, the raft of new checks there will be, the millions of new bits of export paperwork.

“We do not believe the industry, the haulage sector, the ports themselves, the IT systems are able to cope without a grace period.

Cobble a deal together

“Without that grace period we will face massive disruption, even if they do cobble a deal together.”

Mr Withers added: “We have had a transition period which has been haunted by not knowing what we are transitioning to. And we still don’t know.

“Some businesses will stop exports this weekend because of the uncertainty. And it does seem crazy.

“Telling businesses to prepare is fine but when you don’t know what you are preparing for, I don’t honestly know what the government expect people to be doing.”

Mr Withers said beyond Brexit, food and drink businesses across the country have had to “invest millions this year making their work places Covid-safe, to protect their workforce”.

He added: “In all honesty, for many businesses the primary focus has been just trying to get through the week, let along finding the time to try to prepare for the biggest change in a generation to trading with our single most important export customer and in an environment where we still have questions unanswered.

“It’s a mess. And I genuinely believe accepting no deal, walking away, would be an act of huge economic negligence on the back of the year we have had.

“We think it will cost up to £2 billion in lost revenues to the Scottish food and drink industry, just using Treasury estimates of the initial impact of no deal.”

Mr Withers concluded: “Covid is horrendous – but it is temporary, Brexit is not.

“It is potentially permanent, so for businesses already close to the edge I do think this could push some over.”

A UK Government spokeswoman said: “British food and drink is some of the best in the world, and leaving the EU means we can take advantage of the growing global demand for great British produce.

“With less than one month to go, it’s vital that businesses and citizens make their final preparations too.

“That’s why we’re intensifying our engagement with businesses through the Brexit Business Taskforce and running a major public information campaign so they know exactly what they need to do to get ready.”