"Boris has ordered the navy to put in under water fences to keep the uk fish in to stop it mixing with those bloody Johnny Foreigner fish!" 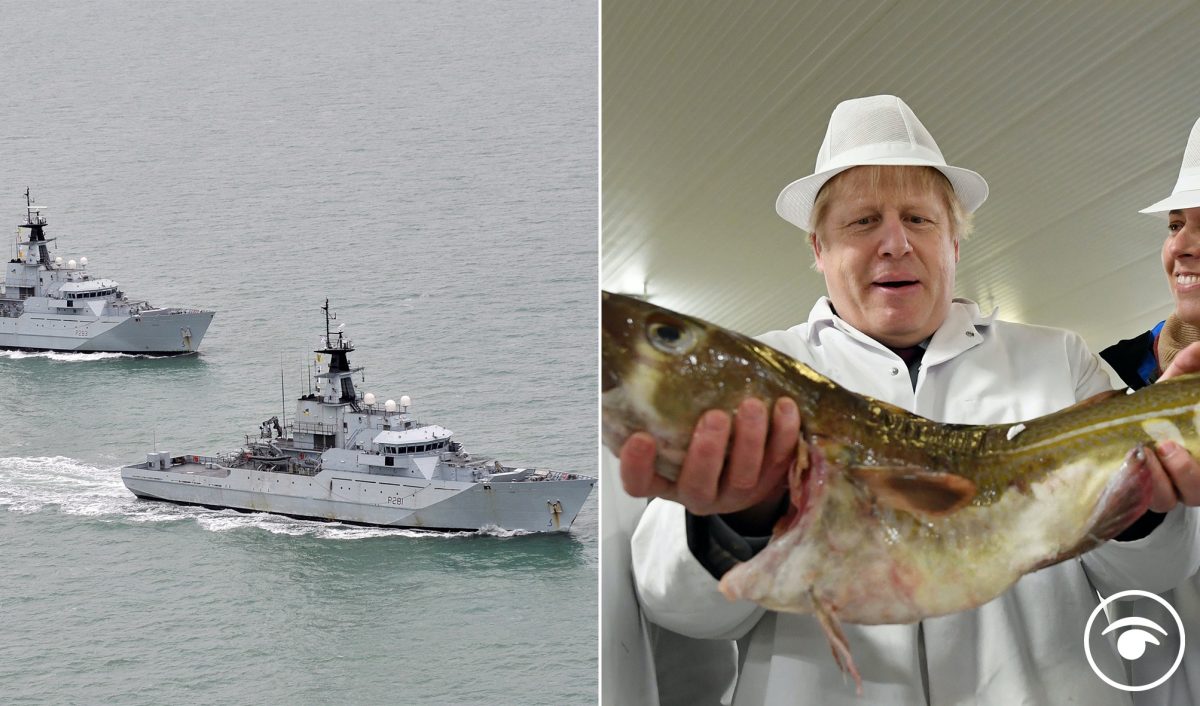 Four Royal Navy boats are on standby to patrol UK fishing waters in the event of a no-deal Brexit.

The confirmation of the move by the Ministry of Defence comes as Boris Johnson and European Commission president Ursula von der Leyen warned on both sides of the Channel that a no-deal outcome looked more likely than an agreement in the trade negotiations.

On Friday afternoon Mr Johnson met with senior minister Michael Gove, whose has responsibility for Brexit planning, and other officials to “take stock” of Government plans for a no-deal exit.

The Guardian reported that the four Royal Navy boats readied for fishing surveillance are river patrol vessels which are armed with machine guns – although the newspaper said there was no expectation shots would need to be fired.

A spokesman for the Ministry of Defence said the deployment of the boats had been agreed as part of planning for the end of the transition period.

A spokesman said: “The MoD has conducted extensive planning and preparation to ensure that defence is ready for a range of scenarios at the end of the transition period.

“This preparation includes a standby package of 14,000 personnel to ensure that we are ready to support other Government departments and authorities over the winter period, including with the EU transition, Covid-19 and potential severe weather events.”

Tory MP Daniel Kawczynski kicked off the uproar, last night, when he Tweeted: “In the event of no deal with EU on Sunday we must receive absolute guarantee from Boris Johnson that British naval forces will be deployed from January 1st to prevent illegal French fishing in our waters.”

The Government’s jingoism, baked by front pages in the Mail, Express and Star this morning have been met with derision by many, leading to ‘Johnny Foreigner’ trending on Twitter.

Here are the top reactions

Related: Front pages of Express and Mail appear to revel in threat of Navy in Channel to protect fish