"Was this not the Brexit you voted for? Oddly, it was the one I voted against. Still, you won, get over it." 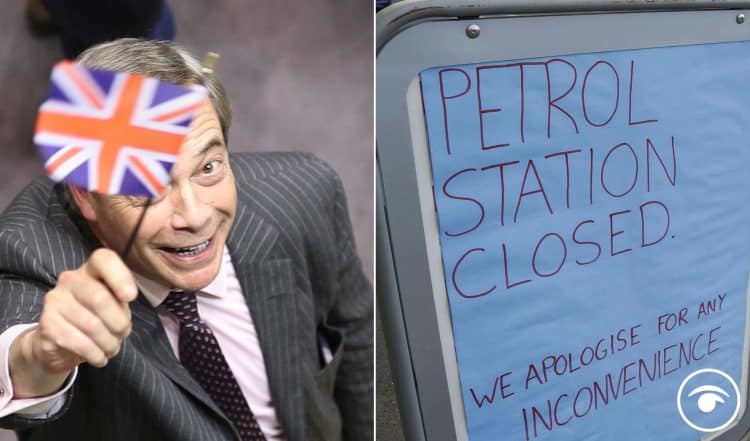 Have you struggled to get petrol and voted to leave the EU, did you feel any pang of guilt that the two could be related?

Well the chief Brexiteer himself, Nigel Farage, couldn’t get any petrol this morning and took to Twitter to have a moan, he also appears to have been crashed into by a van.

He wrote: “The government tell us that the fuel crisis is easing… I went to 7 petrol stations this morning and there was no fuel at any of them. Was then hit by a van whilst stationary at a roundabout. Great start to the day!”

It comes as Deputy Prime Minister Dominic Raab has suggested offenders who have been given community sentences could be used to address the country’s lack of HGV drivers amid continuing concerns about fuel shortages.

Panic buying sparked by concerns a lack of lorry drivers would prevent supplies reaching fuel pumps has brought long queues and pockets of aggression at petrol station forecourts over the last few days.

Business Secretary Kwasi Kwarteng has announced soldiers could be drafted in to drive tankers in the next couple of days to help alleviate the problem.

Well the news Farage couldn’t get any fuel and crashed his car was met with a barrage of comments on-line.