Turkeys could be scarce and toys under the tree could be underwhelming, analysts have warned. 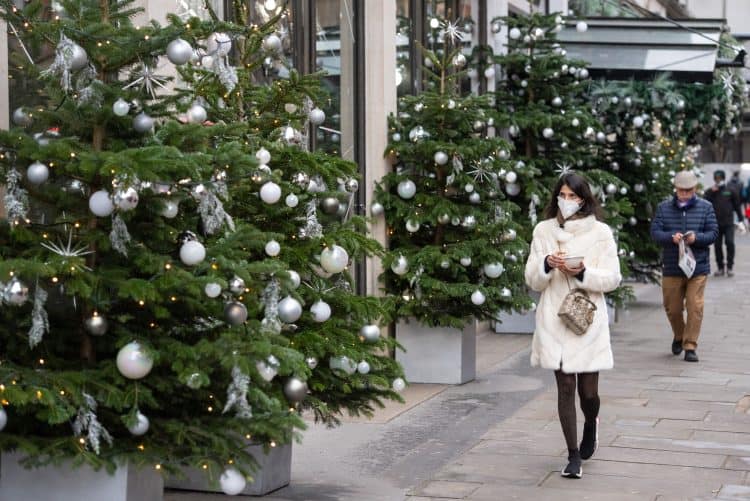 Shoppers should expect a “nightmare” Christmas with empty shelves and higher prices as labour shortages and shipping issues blight Britain.

Families may find they are unable to get a turkey for Christmas Day – while delays to toy imports may mean underwhelming presents under the tree, analysis’s said.

Kwasi Kwarteng, the business secretary, said on Wednesday that the fuel crisis could impact Christmas, as he announced that a reserve tanker fleet would be deployed to deliver petrol to forecourts.

“The last few days have been difficult,” he said. “We’ve seen large queues but I think the situation is stabilising. We’re getting petrol into the forecourts.”

‘Mismanagement of the economy’

Asked if the fuel shortages would affect Christmas, he added: “I’m not guaranteeing anything; all I’m saying is that I think the situation is stabilising.”

But Clive Black, a retail analyst at Shore Capital, told The Times: “I expect Christmas will be a nightmare for consumers. There will be food on supermarket shelves but there will be a distinct lack of choice.

A lack of HGV drivers has sparked shortages of fuel at garages over the past week, with Brexit and the pandemic blamed for the labour shortages as many workers returned to their home countries across Europe.

Black accused the government of creating a “totally avoidable” crisis, adding: “This has nothing to do with Brexit. It’s to do with mismanagement of the economy.”

He pointed the finger at the civil service for some of the issues: “It’s not just the politicians but their permanent secretaries. David Kennedy [director-general for food] at Defra has been a disgrace. Permanent secretaries in the Home Office are a disgrace as well. What the hell have they been advising ministers?”

‘What the hell is this?’

Black told The Times: “A lot of people eating on Christmas Day will be asking ‘What the hell is this?’ It won’t be traditional. They may be eating other meats and nut roasts.

“Equally if the CO2 problem does not settle, expect beer and carbonated soft drinks to be in short supply and a lot more expensive. Christmas 2021 is going to be much pricier generally because of the costs the food and distribution industries are facing.”

Andrew Opie, of the British Retail Consortium, added: “HGV drivers are the glue which holds our supply chains together. Without them we are unable to move food and other goods around the country. The UK faces a shortfall of around 90,000 HGV drivers. The new visa scheme is a step in the right direction but is insufficient in size and scope to prevent Christmas disruption.”

A Defra spokesman told the newspaper: “We recognise business is facing a range of challenges. We are offering time-limited visas in the run-up to Christmas to ease supply chain pressures. This is a temporary, emergency measure.

“The UK has a resilient food supply chain which has held up in the face of unprecedented challenges, and will do so over the festive period.”