Minaj also took aim at Piers Morgan, who called her "one of the rudest little madams" he has ever met. 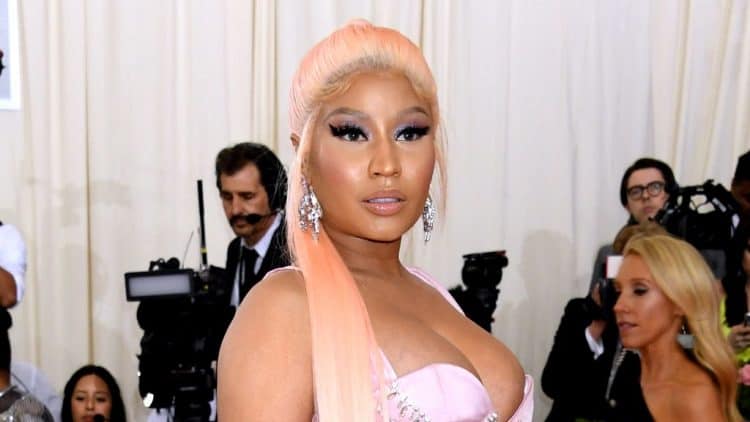 Nicki Manaj has created a Twitter storm after she branded the BBC’s political editor Laura Kuenssberg a “dumbo”.

The USrap superstar came to the attention of UK journalists after Boris Johnson and Sir Chris Whitty were forced to field questions in a media briefing about a man who allegedly became impotent after being vaccinated.

Manaj wrote on Monday night: “My cousin in Trinidad won’t get the vaccine cuz his friend got it & became impotent. His testicles became swollen.

“His friend was weeks away from getting married, now the girl called off the wedding. So just pray on it & make sure you’re comfortable with ur decision, not bullied.”

Many medical experts highlighted to Minaj that “swollen” testicles were not a symptom of a Covid vaccine, but may be linked to sexually transmitted disease.

Minaj, who has more than 22 million followers on Twitter alone, added slightly after that she would “def[initely] recommend” people get the vaccine and that she is “sure” she will take a jab.

However, the rapper’s comments were widely misreported, with outlets accusing her of missing the Met Gala due to an anti-vaccine stance.

Asked about the rapper’s tweets at a Downing Street coronavirus briefing, Boris Johnson said: “I’m not as familiar with the works of Nicki Minaj as I probably should be, but I’m familiar with Nikki Kanani, superstar GP of Bexley who has appeared many times before you, who will tell you that vaccines are wonderful and everybody should get them.

“So I prefer to listen to Nikki Kanani.”

“That happens to be one of them.”

Whitty said the “great majority” of people want to get vaccinated and added that people who knowingly share vaccine disinformation should be “ashamed”.

Commenting on the exchange, which had been shared on Twitter, Minaj wrote: “I love him even tho I guess this was a diss? The accent ugh! Yassss boo!!!”

Laura Kuenssberg, the BBC’s political editor, had shared this tweet from Nicki Minaj, writing: “2021 everyone …”

In response, the rap star brand Kuenssberg a “dumbo”, saying:

“Yes 2021 when jack asses hang on to my every tweet but can’t decipher sarcasm & humor, and can’t read. Go away dumbo.”

Not stopping there, Minaj also took aim at Piers Morgan, who had tweeted about Whitty’s comments.

Morgan tweeted: “Professor Whitty beefing with the ghastly @NICKIMINAJ (one of the rudest little madams I’ve ever met) is not the breaking news that I expected today – but it’s most welcome. She’s peddling lies that will cost lives.”

She went on: “‘Rudest little madam’. I like it. Has a special ring to it. Thanks Pierce [sic]. Love the accent. I’d love to come chat. Scones. Tea. Clown nose & big red shoes for you. Lmk [let me know] babe.”

She has now changed her Twitter bio to the quote from Morgan, followed by a Union flag.